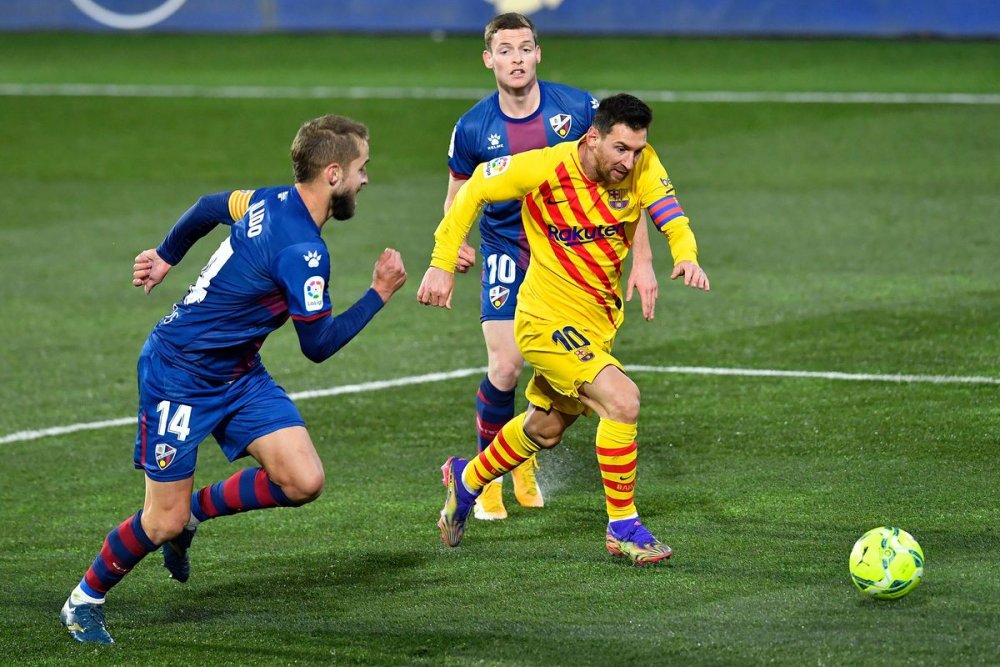 AllNews understands that the win takes Barca above Sevilla into fifth place in the standings on 28 points, 10 behind leaders Atletico Madrid who also defeated Alaves 2-1.

Dutch midfielder De Jong arrived at the far post to meet a Messi cross and score on the volley in the 27th minute to give the visitors a deserved lead after a rampant start.

Ronald Koeman's side failed to take their many other chances and in the end, were made to sweat for all three points.

Huesca could have leveled in the second half when the ball trickled across Barca's area, and striker Rafa Mir directed a backheel at goal but the shot lacked power as keeper Marc-Andre Ter Stegen made the save despite seeing the ball late.

"It's evident we need to kill off our opponents in games like these; we suffered too much in the end," said Barca keeper Ter Stegen.

"They hacked us a bit in the first and second half and we weren't able to take our chances but we stayed focused throughout."

Barca had been held to a frustrating 1-1 draw at home to Eibar in their last match and had also lost Philippe Coutinho to a serious knee injury but they could at least welcome back Messi, who had missed that match with an ankle problem.

The Argentine looked slightly off the pace in his milestone league match and wildly missed the target with a left-footed volley in the first half when the best option would have been to take it with his right.

He made amends with a clever piece of play for the only goal of the game - picking out De Jong with a sensational, curling cross.

Messi came close to scoring himself late in the first half with a free-kick but Huesca keeper Alvaro Fernandez got across to tip his shot over the crossbar.

It was a needed win and points for Barcelona who is in need of a lift however it comes as they continue to drift off the La Liga title race.

Huesca is a Spanish football club in Huesca, in the autonomous community of Aragon. Huesca played in the 2018-2019 season in La Liga before ...