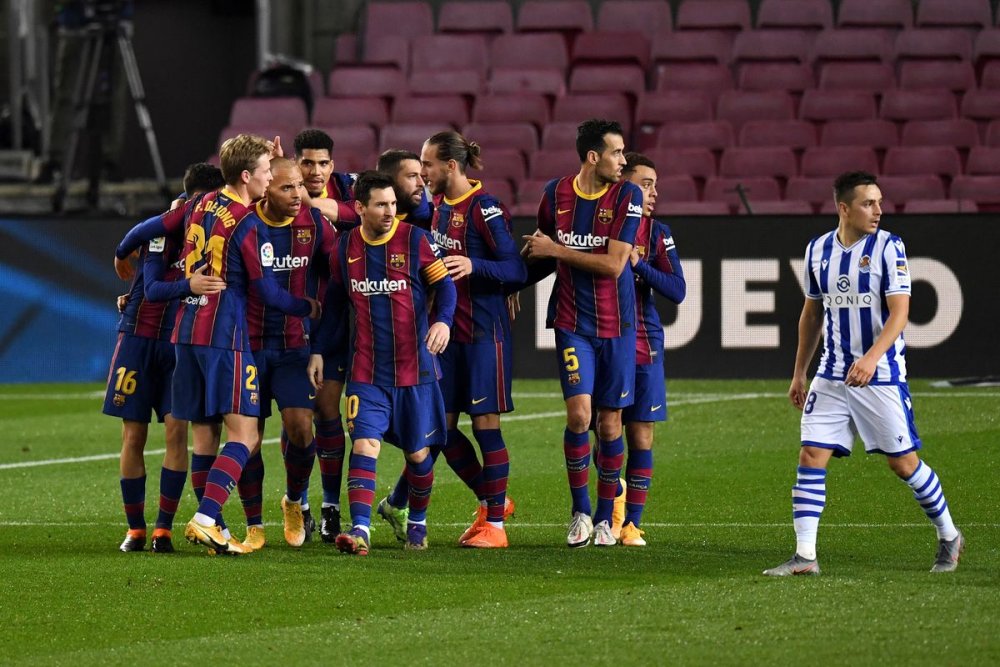 Barcelona showed all signs of getting back on track as Jordi Alba and Frenkie De Jong fired two goals to complete a comeback against the leader, Real Sociedad in a 2-1 thriller at the Camp Nou.

AllNews understands that Barcelona reignited their La Liga title push as the veteran defender and goal scorer Jordi Alba claiming it was the team's "best game of the season".

The win allowed Barcelona to move six points off the top of the table whereas defeat meant Sociedad lost their spot as leaders to be replaced by Atletico Madrid.

However, Barca did it the hard way.

Sociedad, without a point at Barcelona in 25 years, took the lead through Willian Jose in the 26th minute. "It was our best game of the season. We came into it knowing very well what we had to do," said left-back Alba.

"We put pressure on them, especially in the first half. "Tonight I saw a very good Barca. We are happy with our attitude. We knew how to suffer. This should give us more confidence for the rest of La Liga as there are a lot of games left."

Under-siege Barca coach Ronald Koeman played in the team that yielded a home point to Sociedad in 1995. The Dutchman was fearing the worst when Willian Jose scored with his right foot from close range after a Portu corner.

Alba's equaliser arrived on the half-hour mark after a fine interchange of passes between Antoine Griezmann and Pedri.

De Jong then gave Barca a 42nd-minute lead with a right-foot drive for his first goal since February.

The goal, however, was only allowed after a VAR consultation for a possible offside.

Griezmann had back-to-back chances to increase the lead early in the second period.

Lionel Messi required treatment on a calf injury as the second half wound down before Barca goalkeeper Marc-Andre ter Stegen denied Willian Jose from long range and then Alexander Isak.