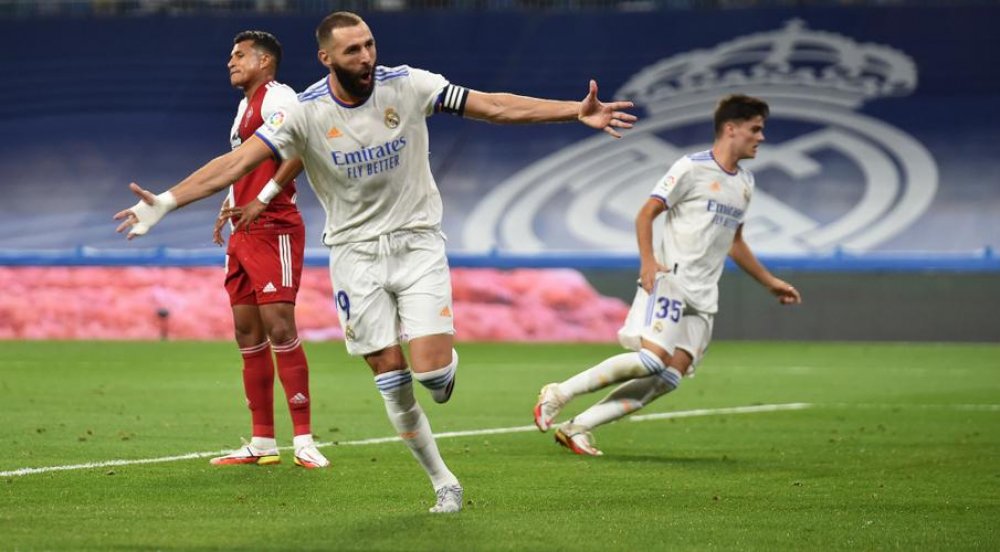 Real Madrid's Karim Benzema scored a hat-trick as they capped their return to the refurbished Santiago Bernabeu stadium with a thrilling 5-2 comeback win over Celta Vigo in La Liga on Sunday.

The Frenchman was unplayable at times as Madrid were reunited with their fans for the first time since 1 March 2020.

They played the whole of last season at reserve team Castilla's Alfredo Di Stefano ground at their training complex.

"I feel good, I've got the support of the coach, the president, the players and the crowd," Benzema said.

"It's a special night for us with the fans here and the atmosphere. It was a little strange to be playing in front of fans again, but they got right behind us. We need their support and they gave us everything today."

The crowd were, however, stunned when Santi Mina latched onto a defensive mistake to put the visitors ahead after four minutes.

Madrid recovered well, pinning Celta back, and the pressure eventually told after 24 minutes as Benzema equalised with his first goal following a Federico Valverde cutback.

Franco Cervi put Celta back in front seven minutes later against the run of play from a lightning counter-attack and they went in ahead at the break.

But Benzema, who had what he thought was an equaliser disallowed for offside just before halftime, headed Real level two minutes after the restart and from then on there was only going to be one winner.

The forward teed up Vinicius Junior whose composed finish gave Carlo Ancelotti's side the lead for the first time.

New signing Eduardo Camavinga came off the bench to score on his debut, with the France midfielder tucking the ball home from close range, before Benzema completed his treble with a penalty three minutes from time to delight the returning home fans.

Real had started the process of reforming their stadium just before the Covid-19 pandemic struck, modernising the ground and adding a retractable roof.