La Liga: Benzema Scores Two Out Of Three Penalties To Give Madrid Win At Celta 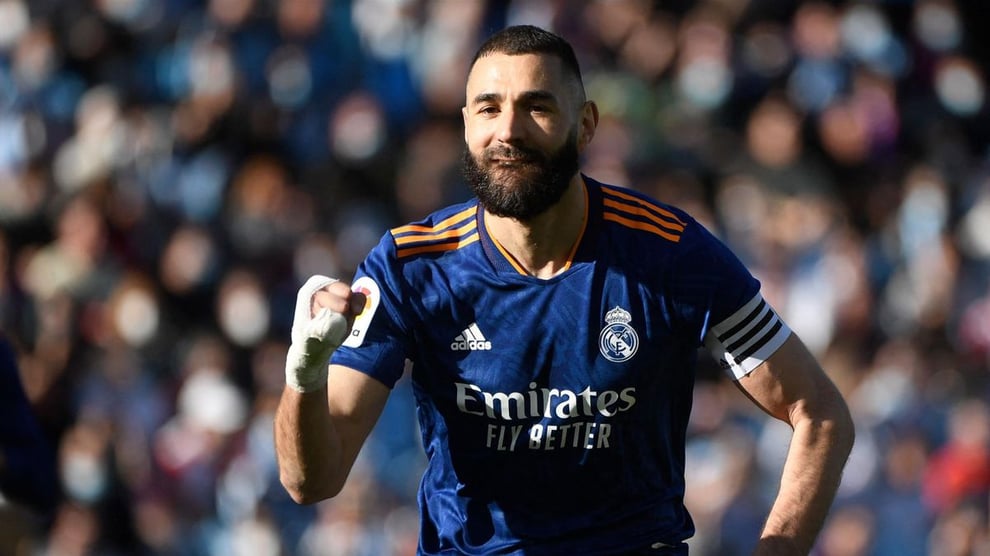 Karim Benzema missed one penalty but scored two as Real Madrid scraped past Celta Vigo on Saturday to get back to winning ways ahead of Wednesday's crunch Champions League meeting with Chelsea.

A 2-1 win at Balaidos will calm any nerves in LaLiga's title race, allowing Madrid to draw a line under their thrashing at the hands of a resurgent Barcelona before the international break.

And, despite an imperfect performance, victory should restore confidence ahead of the first leg away at Chelsea, with Thomas Tuchel's side now recovering from the humiliation of their own, after they were earlier thumped 4-1 at home by Brentford.

Chelsea, who outplayed Real Madrid over two semifinal legs last year, will be a much sterner test than Celta and Carlo Ancelotti's side will almost certainly not have the benefit of being awarded three penalties at Stamford Bridge.

Thibaut Courtois was also called upon again to make some excellent saves to deny Celta a draw.

"I think we deserved more today but Courtois is the best goalkeeper out there," said Celta captain Iago Aspas.

"I don't know if we deserved to win, I had to make two big saves in the first half," said Courtois.

"But winning is important. Chelsea lost today at home so they will want to come back strong on Wednesday. We have to give more. We lacked a bit of intensity today and we can't do that because that's one of Chelsea's strengths. We have to be aggressive."

Celta had reason to feel at least one of the spot-kicks given by referee Pablo Gonzalez was harsh, with Rodrygo and then Ferland Mendy both going down easily under the lightest of challenges.

Benzema missed the second against Celta's Matias Dituro but scored the first and third, the Frenchman marking his return from injury with a brace that takes his goal tally for the season to 39.

Real Madrid's chances against Chelsea are improved immeasurably by the recovery of Benzema, and also Mendy, who offers so much more solidity at left-back than either Nacho Fernandez or Marcelo.

Any hopes Barcelona had of causing a collapse may already have been dashed, with Real Madrid now 12 points ahead of Sevilla and 15 in front of the Catalans, who have two games in hand, the first of them against Sevilla on Sunday.