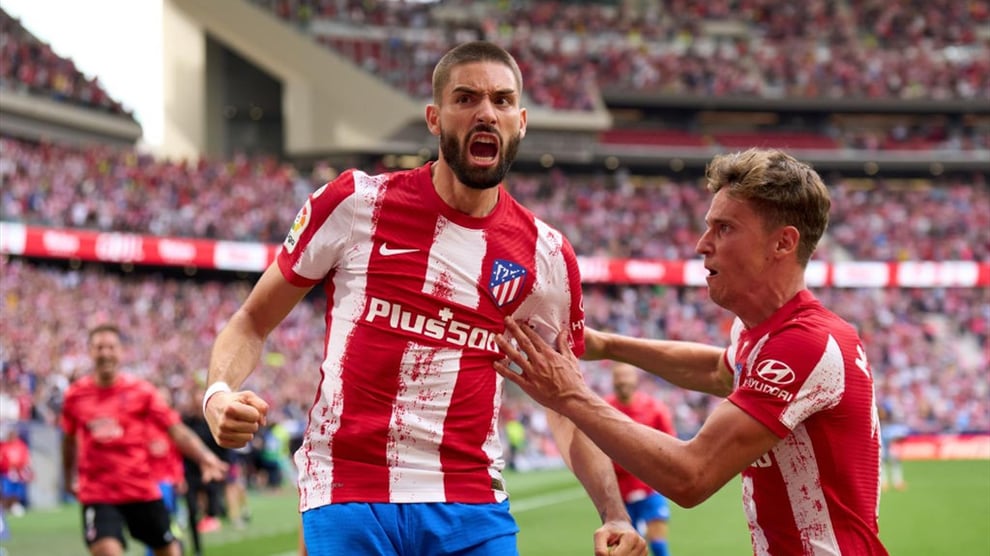 Belgian midfielder Yannick Carrasco scored the winning penalty with the last kick of the game as 10-man Atletico Madrid scraped past Espanyol 2-1 on Sunday, a crucial victory in the race for La Liga's top four.

Atletico looked set to drop another two points at the Wanda Metropolitano when Geoffrey Kondogbia was sent off in the second half and then three minutes later Raul de Tomas cancelled out Carrasco's opener, his free-kick squirming through the fingers of Jan Oblak.

But De Tomas handballed deep into added time, the referee awarding the spot-kick after a long consultation with VAR before Carrasco held his nerve. The ball hit the net with the clock approaching 100 minutes.

"It was an important game for us and when you score with the last kick of the game it feels even more important to achieve our goal this season," Carrasco said.

A last-gasp victory means Atletico stay three points clear of Real Betis in fifth and level on points with third-placed Sevilla, who play at home to Real Madrid later on Sunday.

After losing away at Mallorca last weekend and then being knocked out of the Champions League by Manchester City in midweek, Diego Simeone's side could ill-afford another dent to their morale.

The significance of the win was demonstrated by the Argentinian celebrating Carrasco's winning penalty by sprinting down the touchline, before joining his relieved players in the corner.

Atletico cut Espanyol open in the 52nd minute as Matheus Cunha, on at half-time, slipped in Carrasco, who turned inside and drove through Diego Lopez at the near post.

But the game turned in Espanyol's favour in the 71st minute when Kondogbia was shown a second yellow card for blocking Sergi Darder's shot with his hand and then from the resulting free-kick, De Tomas equalised.

The usually reliable Oblak was at fault as the goalkeeper fumbled a simple save, the ball hitting the post and dribbling in.

With a man extra, Espanyol wanted a winner but Atletico found a way back.

In the 95th minute, De Tomas went to clear Antoine Griezmann's flicked header but got his angles wrong and instead the ball caught his elbow.

In the 100th minute, Carrasco made no mistake.