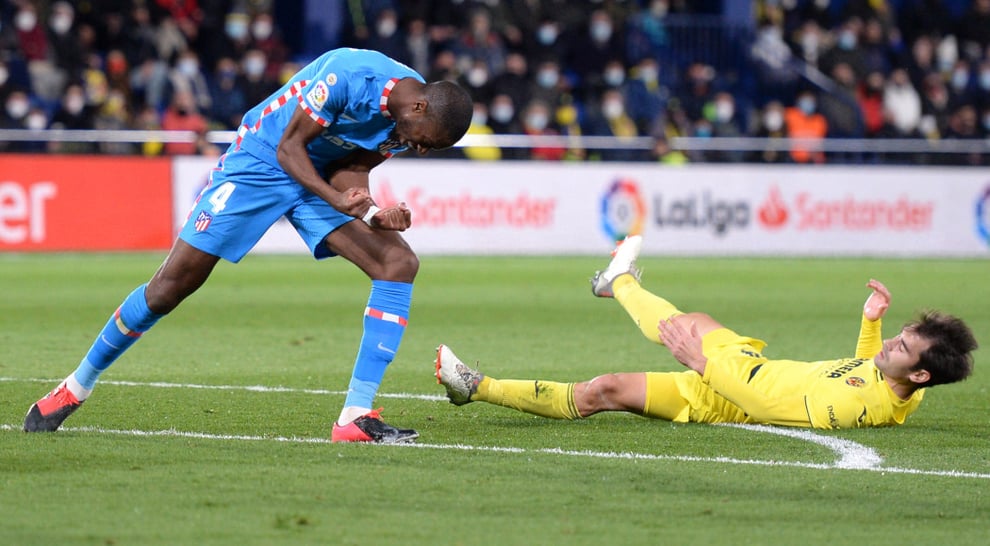 Argentine forward Angel Correa scored a wonder goal from just inside the halfway line on Sunday but it was not enough as Atletico Madrid fought back to claim a thrilling 2-2 draw with Villarreal.

Correa drove a stunning shot over Villarreal goalkeeper Geronimo Rulli to give Atletico an early lead at La Ceramica but then fell behind in the second half after Pau Torres and Alberto Moreno turned the game on its head.

Geoffrey Kondogbia pulled Atletico level again, with the midfielder then sent off in injury-time for a second yellow card. Amid the mayhem, Villarreal's Gerard Moreno also missed a penalty in the first half.

Correa's goal was his seventh of the campaign and will be a strong contender for goal of the season, coming against Rulli, his fellow Argentinian.

"I know Rulli well and I know he has this way of standing a long way out of his goal," Correa said afterwards.

"I thought I'd have a go and it came off pretty well."

Villarreal came into the game on the back of losing 2-1 to Segunda side Sporting Gijon in the Copa del Rey in midweek and Unai Emery will likely be the more disappointed of the two coaches not to emerge with a victory.

Diego Simeone clenched his fists at the final whistle.

Atletico regain fourth place, now level on points with Real Sociedad in fifth, and 16 behind leaders Real Madrid, albeit with a game in hand.

Sevilla earlier ensured the gap to Real Madrid was restored to five points after they defeated Getafe 1-0.

Ten-man Real Betis, who sit third, held on for a 1-1 draw away at Rayo Vallecano.