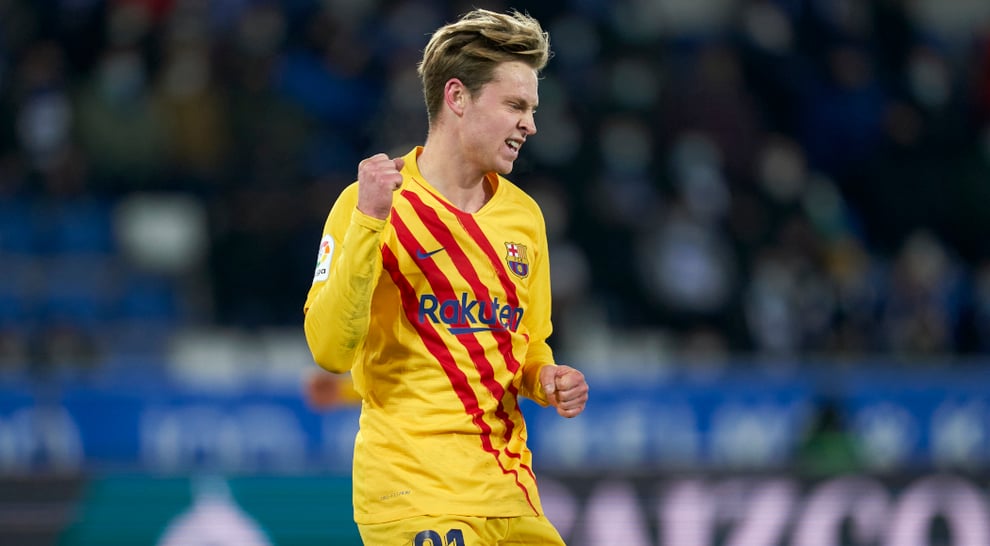 Barcelona needed a late winner from Frenkie de Jong to edge past Alaves in LaLiga on Sunday while Real Madrid gave hope to their title rivals by drawing 2-2 at home to Elche.

De Jong's 87th-minute winner at Mendizorrotza was the high point of an otherwise uninspiring performance from Barca but it also secured a crucial 1-0 victory in their bid to catch the top four.

Xavi Hernandez's side move up to fifth, with Atletico Madrid still one point ahead in fourth. The two teams meet next at Camp Nou on February 6.

Real Madrid, meanwhile, squandered an opportunity to move six clear of Sevilla as Karim Benzema missed a penalty and then went off injured at the Santiago Bernabeu.

It could have been worse for Madrid, who were two down with 11 minutes left yet managed to rescue a point thanks to a Luka Modric penalty and a 92nd-minute header from Eder Militao.

Lucas Boye and Pere Milla had put Elche in sight of a shock victory.

But two dropped points against a team fighting for survival this season will have come as a welcome bonus for Sevilla, who would have expected to be punished for their own draw at home to Celta Vigo on Saturday.

"The match was a bit all over the place," said Real coach Carlo Ancelotti.

"We dropped two points so we can't be happy but in general we have a break now and we're in a good position. We're in the Copa del Rey, the Champions League and we have a good position in the league."

Benzema's injury is perhaps the biggest concern. The Frenchman was clutching his left hamstring as he walked down the tunnel in the second half and Ancelotti said he would undergo tests on Monday.

Madrid will hope it is nothing serious, with their Champions League first leg against Paris Saint-Germain just over three weeks away.

Deportivo Alavés, S.A.D. usually abbreviated to Alavés, is a Spanish football club based in Vitoria-Gasteiz, Álava, in the autonom...