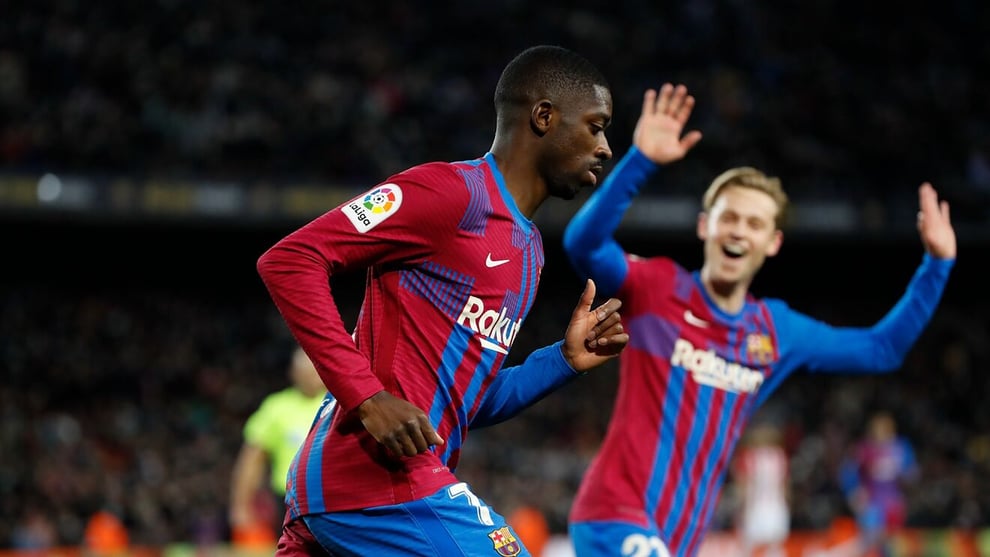 Contract rebel Ousmane Dembele became the hero by providing two assists and one goal to help Barcelona thrash Athletic Bilbao 4-0 at Camp Nou and move back into the top four with a game at hand.

Gabonese striker Pierre-Emerick Aubameyang scored for the third game in a row and opened the scoring for a rejuvenated Barcelona in the 37th minute netting a rebound from a Gerard Pique header off the bar. 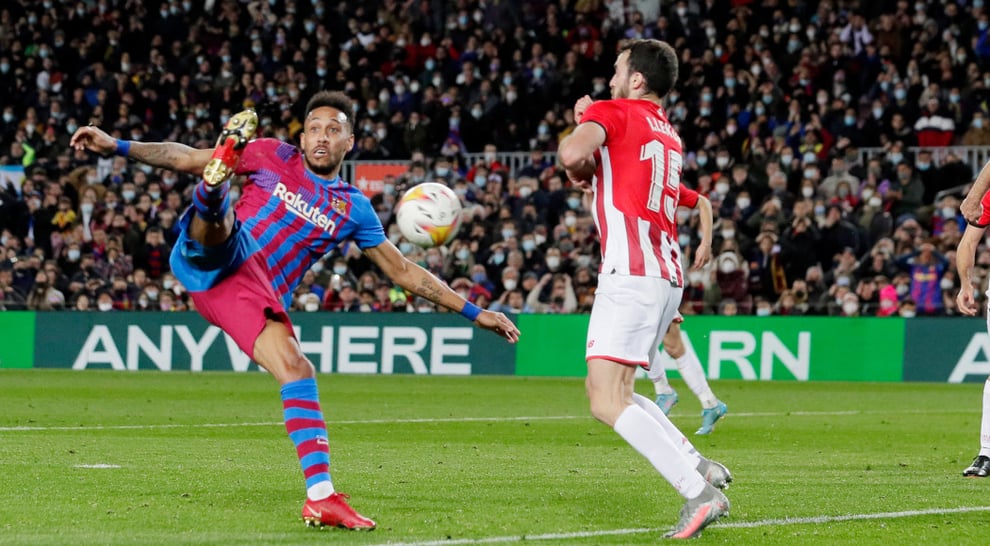 The second goal came in the 73rd with a fantastic finish by substitute Ousmane Dembele, who made peace with the Barca fans and received a standing ovation after almost leaving the club in January due to his reluctance to renew his contract.

The French forward received a long pass from Frenkie de Jong just outside the box, cleared a defender and fired a bullet of a shot that flew past the goalkeeper into the top left corner of the net.

Dembele provided assists for the third and fourth goals, in stoppage time. First, he crossed perfectly to Luuk De Jong, who scored with a header, then, in the final play of the game, to Memphis Depay, who stroked in a volley from close range.

Depay who is currently the club's top scorer and getting on the scoresheet after returning from injury might be what he needs to get back to his very best.

Xavi Hernandez's team climbed to fourth place in the standings with 45 points, 15 behind leaders Real Madrid.

"We are enjoying winning, Xavi gave us a new energy and he is giving great advice to the youngsters," 19-year-old midfielder Pedri told reporters.

"The new signings like Aubameyang, Adama Traore and Ferran Torres have given us a boost, the club hit a home run with them. We are enjoying ourselves right now."

Barca took advantage of the situation by running their opponents ragged as they extended their unbeaten run to seven matches in all competitions.