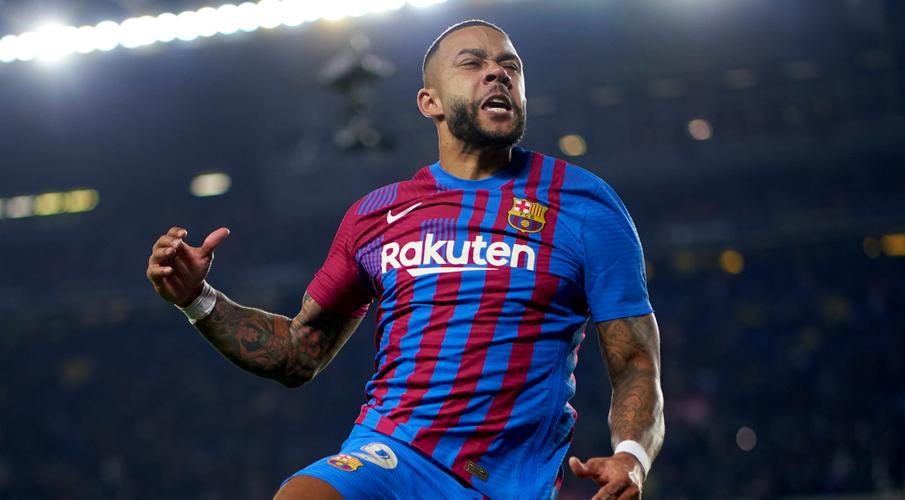 Depay's strike at the start of the second half ensured Xavi's homecoming at Camp Nou ended in victory, but a nervy one that will have left him under no illusions about the difficulty of the task ahead.

Raul de Tomas twice struck the post late on as Espanyol spurned a flurry of late chances that really should have seen them take a draw from a game Barca dominated for an hour and then almost let slip from their grasp.

Results, though, must come quickly and this one lifts Xavi's team from ninth in the table to sixth, six points behind Atletico Madrid, who earlier needed a late Felipe header to win 1-0 at home to Osasuna after Sevilla were held to a 2-2 draw by Alaves.

There was also an undeniable uplift in the mood at Camp Nou, with the 74,418 attendance almost double the 37,278 that watched Barca draw here against Alaves two weeks ago.

At his unveiling last week, Xavi had emphasised the need for "rules" and even before kick-off, there were signs of a shift. The players rolled into Camp Nou under a plume of red smoke, with the squad arriving all together on the team bus.

Barcelona's XI boasted eight La Masia graduates, including Ilias Akhomach, who was handed his debut. Ilias was the second 17-year-old in Xavi's first starting line-up along with Gavi and when he was replaced at halftime, on came the 19-year-old Abde Ezzalzouli.

In the warm-up, there was a more intense exercise of attack against the defence and when Depay scored it was perhaps not just relief that saw all 10 outfield players celebrating together in the corner.