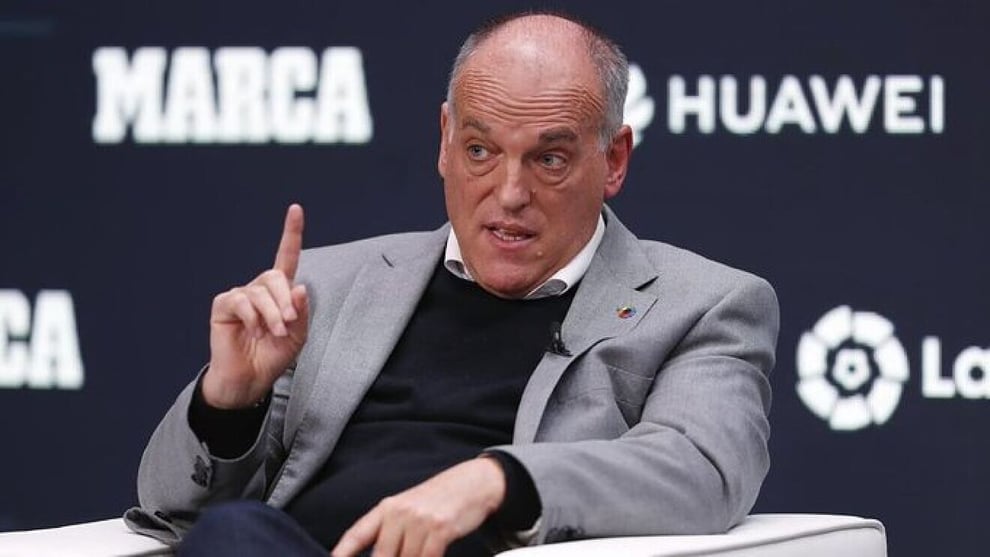 La Liga president Javier Tebas said on Monday the Spanish league has already filed a complaint against Manchester City over the deal to sign Erling Haaland and will take action against PSG's offer to Kylian Mbappe this week.

City won the race to buy Haaland from Borussia Dortmund after paying the striker's £51 million release clause but the deal, including salary and agents fees, could reportedly exceed £250 million.

Mbappe's new three-year contract will see PSG pay the Frenchman a yearly salary of between €40 million and €50 million.

After Mbappe's extension was confirmed last month, despite Real Madrid's attempts to sign the 23-year-old, LaLiga said they would complain to UEFA, the French administrative courts and the European Union.

"This week we will complain against PSG, last week we did it with City."

He says both clubs flout UEFA's financial rules, which destabilises the market and disturbs the competitive balance of the game.

Tebas said, "allowing these operations... is more dangerous than the (European) Super League."

PSG suffered a €224.3-million loss in 2020/21, an increase of 80 per cent on the previous year, the annual report from French football's financial authority (DNCG) said earlier this month.

LaLiga introduced a system of strict spending restrictions in 2013, which it says increases the competitive balance of the Spanish league and encourages clubs to adopt longer-term approaches to spending.

Ceferin Said 'Every League Should Worry About Their Situation'

"I absolutely don't agree. There are too many insults anyway in football, and I think that every league should worry about their own situation," Ceferin said.

"I don't think it is right that one league criticises the other league. As much as I know, the offer from Real for Mbappe was similar to PSG's offer," Ceferin added.