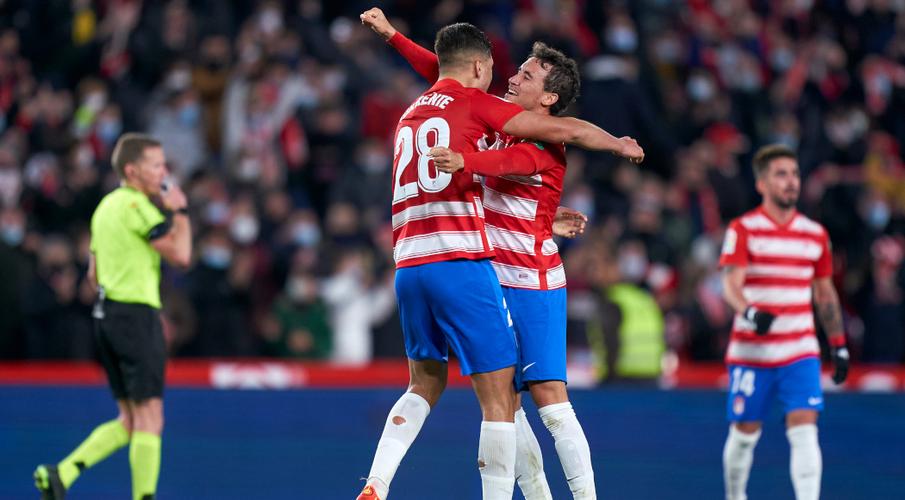 Granada handed Atletico Madrid their fourth successive defeat on Wednesday in a 2-1 comeback win to heap pressure on the Argentine tactician Diego Simeone.

Defending champion Atletico have now lost four successive league matches for the first time since Simeone took charge in 2011, the Argentine's role has come under scrutiny from both club supporters and Spanish media.

Atletico lie fifth in the standings with 29 points after 18 games, 14 points behind leaders Real Madrid, who are in action against Athletic Bilbao later on Wednesday.

It took less than two minutes for Joao Felix to fire Atletico ahead with a perfect low shot from the edge of the box, with the goal demonstrating why the fans had been urging Simeone to play the Portuguese striker from the start more often.

But Granada equalised 15 minutes later with a stupendous long shot from Darwin Machis.

The indefatigable Joao Felix desperately tried to score a second goal but he was frustrated by an equally determined Granada who found the winner midway through the second half thanks to Jorge Molina. The win lifted them to 12th in the standings with 22 points.

Granada survived a frenzied final 20 minutes during which Atletico desperately tried to score an equaliser without success.

It was Granada’s first win against Atletico since 1973, ending a 25-game winless streak.

Simeone's judgment is constantly being questioned as Atletico's usually rock-solid defence has now leaked in 22 goals in 18 games this season, with the champions keeping only five clean sheets in LaLiga during that time.

In contrast, they had conceded only eight goals at the same stage during their 2021-2022 campaign.

“That are inexplicable things happening with our team.” Atletico's captain Koke told reporters.

“We dominate the games and suddenly they (opponents) come and score an amazing goal in their only chance. It's all about the details. It is not fair.”