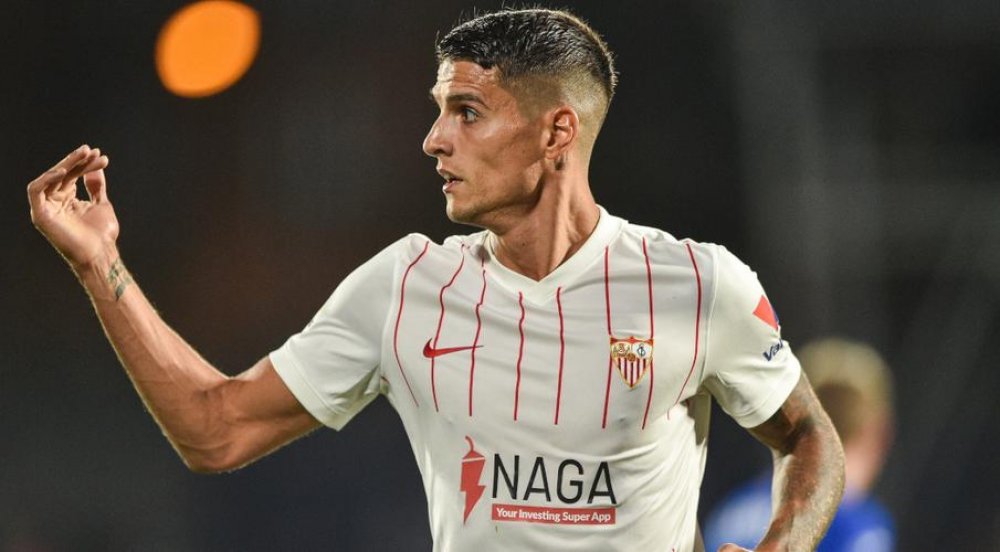 Erik Lamela continued his flying start to life with Sevilla as the Argentine struck a last-minute winner for the Andalusians to give them a 1-0 victory over Getafe in LaLiga on Monday.

Lamela, who netted twice on his debut last weekend after also coming off the bench, scored with almost the last kick of the game to give Sevilla a reward for sustained late pressure.

The win means they join Atletico Madrid as the only two sides with a 100 per cent La Liga record after two weeks of the season.

A dull encounter sparked into life when Sevilla's Oussama Idrissi had the game's first effort on target after 70 minutes, and it was one-way traffic from then on.

Defender Jules Kounde headed over before partner Diego Carlos was denied by a flying save from David Soria as Sevilla turned the screw.

Sevilla's Youssef En-Nesyri thought he had scored with eight minutes remaining but his lobbed effort was ruled out for offside, much to the relief of Soria who had slipped as he looked to narrow the angle against the Moroccan forward.

But there would be a twist in the fourth minute of stoppage time as En-Nesyri played in debutant Rafa Mir.

The substitute's effort hit the woodwork, however former Tottenham Hotspur forward Lamela was on hand to steer the rebound into an empty net and secure all three points.

Sevilla visit Elche next Saturday as they look to make it three from three, while Getafe will seek their first points of the campaign when they travel to Barcelona on Sunday.