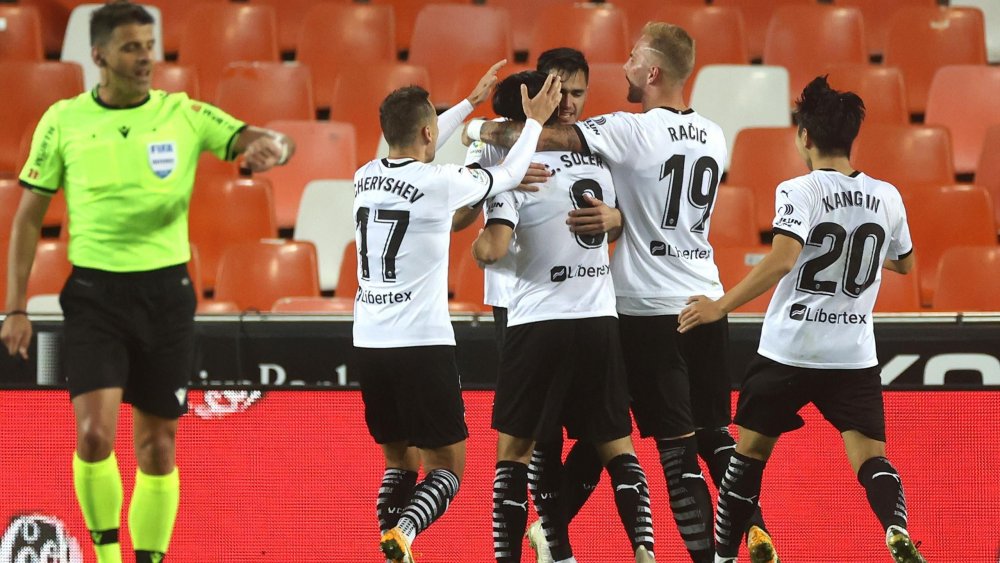 Carlos Soler and Goncalo Guedes came to Valencia's rescue in the last five minutes to defeat visiting neighbours Villarreal 2-1 in LaLiga to give under-pressure coach Javi Gracia some breather on Friday.

Gerard Moreno's 39th-minute penalty, awarded for handball after a VAR consultation, would be enough to secure all 3 points for Villarreal - but Valencia's late show means it is now eight league games without a win for Unai Emery's side.

Villarreal should have doubled their lead on the stroke of halftime as defender Hugo Guillamon's error left former Valencia striker Paco Alcacer one-on-one with Jasper Cillessen.

However, the Dutch goalkeeper's excellent save proved vital and kept his side in the contest. Valencia were much improved after the break and pushed on in search of an equaliser.

Daniel Wass saw a header bounce off the bar as it appeared to be one of those nights for the hosts, who had 25 shots - but just four on target - over the 90 minutes.

But Soler equalised with a penalty four minutes from time after VAR deemed Maxi Gomez had been felled in the box, before substitute Guedes rifled home the winner in stoppage time.

The victory lifts Valencia to 11th on 30 points from 26 games, while Villarreal remain seventh with 37.