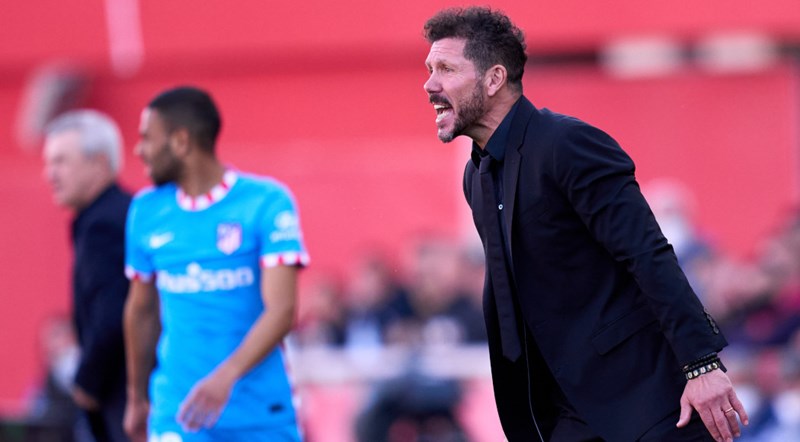 Atletico are fourth in the standings on 57 points, level with Barcelona who have two games in hand, and three points behind second-placed Sevilla. Real Madrid, who host Getafe later on Saturday, lead the way on 69 points.

Coach Diego Simeone rested several players looking forward to their Champions League quarterfinal second leg against Manchester City and Atletico struggled to find their rhythm against fourth-bottom Mallorca who were on a run of seven consecutive league losses.

It was a poor performance by the champions who managed only one shot on target in the match.

Battling against relegation, Mallorca started the match with a defensive mindset but with Atletico struggling to create much in the first half the home team went on the attack after the break.

They had the first scoring opportunity of the game in the first play of the second half, when Brian Olivan sent in a powerful shot which Atletico goalkeeper Jan Oblak dived to stop just inside his left post.

Mallorca had another great chance when Muriqi was inches away with a header from a free kick with only the goalkeeper in front of him.

Mallorca got their goal after Mandava's foul on Maffeo, Muriqi sending his spot-kick into the top corner of the net.

"Yes, we were tired after last Tuesday's game at Manchester City when we didn't play a good game, it was a disappointing result, but there is no excuse.

"They are fighting for survival and came to the game with a purpose. We should have expected that and be up to our standards."