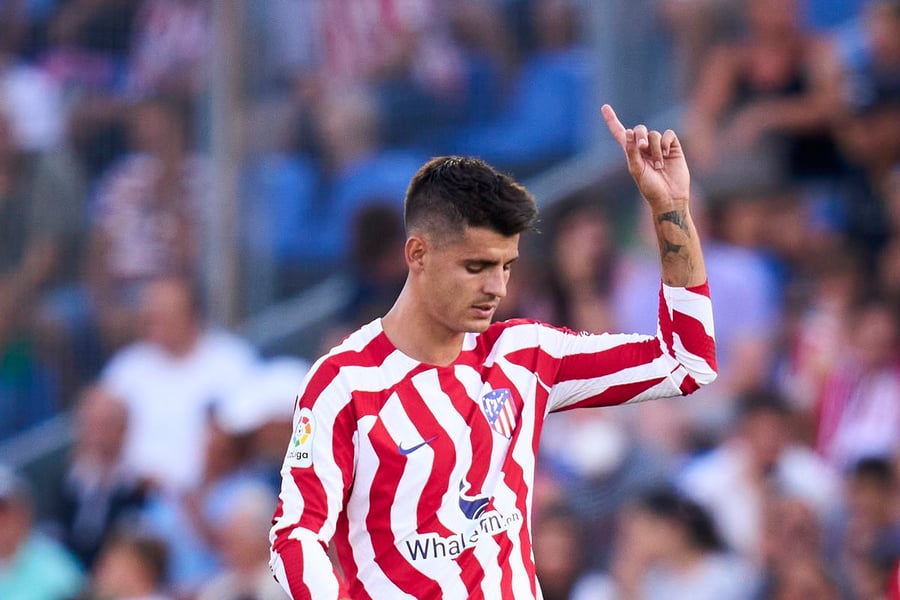 Spanish forward Alvaro Morata returned to La Liga in style as he scored twice to help Atletico Madrid win 3-0 at Getafe in their opening match of the season on Monday.

Substitute Antoine Griezmann scored the third goal late on and Atletico had enough chances to make the result even more comprehensive under the scorching heat.

Their inspired Portugal forward Joao Felix roamed all over the field and collected three assists.

He slipped a precise pass through for Morata, who drilled a perfectly placed shot from the edge of the box into the bottom left-hand corner of the net after 15 minutes.

Just before the hour, Felix found Morata inside the area by the far post and the Spaniard, back at Atletico after a two-year loan spell at Juventus, fired the ball into the top corner.

In the 75th minute Felix teed up Griezmann and the French striker drilled a fine shot into the bottom corner from the edge of the box to wrap up the points.

"I’m very happy to be back here and because it’s always good to start the season on the right foot with a win in a very difficult stadium to play in like Getafe," Morata told Movistar Plus.

"I love playing for Atletico, I’m here to leave everything on the field, to work hard and compete.

"I’m confident we have a very strong group that will fight for everything we play for."

Atletico displayed a solid team performance, suffocating Getafe with relentless high pressure and keeping goalkeeper Jan Oblak's area clear of threats for most of the match.

New signing Axel Witzel had an outstanding game in the middle of Atletico's five-man defence, doing a superb job in shackling former Real Madrid and AS Roma forward Borja Mayoral, who barely touched the ball.

“What I liked the most was the attitude and the collective effort,” Atletico coach Diego Simeone told Movistar Plus.

"We played as team and it’s really something when we are talking about the first game of the season.

"We still have a lot of things still to improve, but it was a very good start."