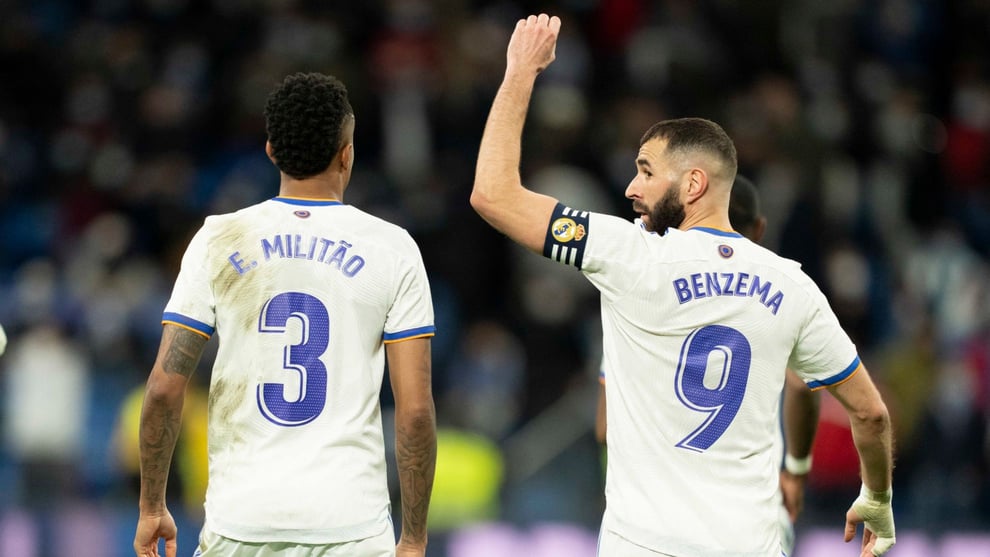 Real Madrid kept one eye on Chelsea's match as Carlo Ancelotti rested Luka Modric and Toni Kroos but eased past Getafe 2-0 on Saturday to restore their advantage to 12 points at the top of LaLiga.

Casemiro's header and a smart finish by Lucas Vazquez sealed a comfortable victory for Madrid, who can turn their attention back to finishing the job against Chelsea and reaching the Champions League semifinals.

"This kind of game can be a trap because, after the Champions League, you always lack something physically and mentally, but the team has responded well," said coach Carlo Ancelotti.

Atletico Madrid will face Manchester City at the Wanda Metropolitano on Wednesday on the back of a limp defeat after they were beaten 1-0 at Mallorca. Atletico also lost 1-0 to City in the first leg in Manchester last week.

Karim Benzema, the hat-trick hero of Real Madrid's 3-1 win over Chelsea, started against Getafe but came off in the 74th minute, departing to a standing ovation which felt like the Santiago Bernabeu crowd paying tribute to his performance at Stamford Bridge.

Gareth Bale came on to make only his second LaLiga appearance since August and his first at the Bernabeu since February 2020.

Madrid had gone 20 home games in between without the Welshman, who was whistled by a section of disgruntled supporters.

Bale's latest misstep with the Real Madrid fans was to play, and score, for Wales at the end of last month, four days after pulling out of the Clasico defeat by Barcelona through injury.

Bale is likely to be back on the bench again for the visit of Chelsea on Tuesday and, despite another dynamic performance from Eduardo Camavinga, the rested Modric and Kroos will surely return to Ancelotti's midfield in midweek. Neither were even needed off the bench.

Barcelona play at Levante on Sunday and have two games in hand but the Catalans are 15 points behind in third.

Any hopes they had that the Clasico might send Madrid into a tail-spin have fizzled, Ancelotti's side instead responding with two wins in a row.

"We didn't lose our minds after the Barca game. We kept things in perspective, we had an advantage and we've managed that advantage," said Ancelotti.

Benzema had an early goal ruled out for offside but it did not take long for Madrid to break through Getafe, a sumptuous cross from the outside of Vinicius Junior's right foot finding Casemiro's head six yards out.

Vazquez's second came in the 68th minute, as he flicked the ball down the right-hand channel to Rodrygo and kept running, receiving the pass back from Rodrygo and guiding a finish into the far corner.