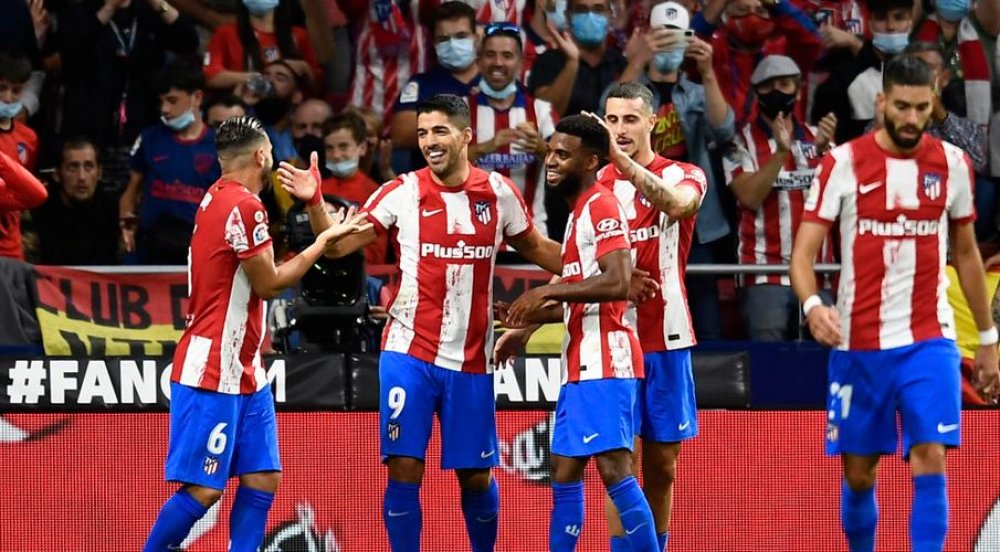 Luis Suarez, Thomas Lemar heaped more misery on Barcelona as Atletico Madrid claimed a 2-0 LaLiga victory over the Catalans at the Wanda Metropolitano on Saturday.

First-half strikes from Thomas Lemar and Suarez were enough for the champions to secure all three points and heap pressure on the visitors' beleaguered boss Ronald Koeman.

Barca have won just one game in their last six in all competitions as their early-season struggles show no signs of easing. Although the defeat was the first loss in La Liga for Koeman's side.

"We started well enough, we were brave, but then they create two identical situations and scored twice - whereas we could've played for three hours and not scored.

"It isn't one problem, there are several. People can see what we lack. But we'll recover. They're difficult times, a lot of us haven't experienced this before. We want to turn it around but it isn't easy."

Atletico started the brighter and went close through Lemar and Joao Felix efforts from the edge of the box before the Frenchman opened the scoring in the 23rd minute.

Felix fed Suarez, who played a brilliant ball round the corner to send Lemar through and he powered his effort past Marc-Andre ter Stegen.

Suarez then missed a glorious chance to double the lead moments later as he skewed a one-on-one effort wide but made no mistake on the stroke of halftime after Lemar returned the favour to tee him up.

Barca's best opportunity to get back into the game fell to Philippe Coutinho, however, the Brazilian's tame effort was comfortable saved by Jan Oblak.