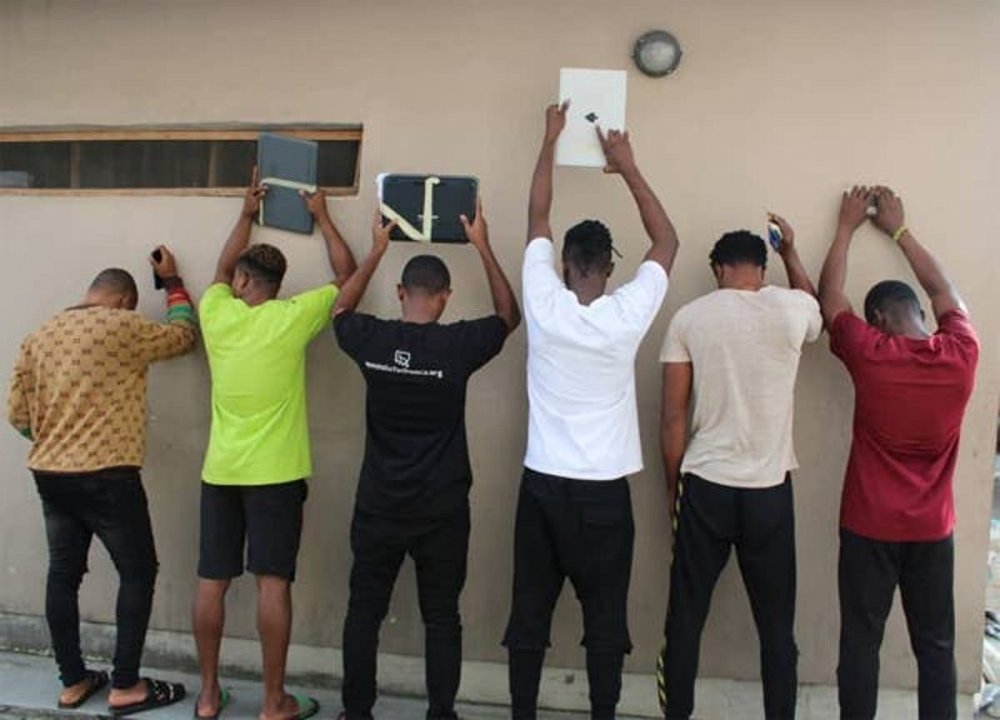 The Lagos Zonal Head of the Economic and Financial Crimes Commission(EFCC), Abdulrasheed Bawa has disclosed that the anti-graft agency had arrested 140 cybercriminals within its areas of coverage in the past three months.

Bawa who stated this on Monday during a radio programme, Lagos Talks on 91.3FM, disclosed that 38 cybercriminals, including seven girls, were arrested on a particular day during one of the raids in some parts of the state.

He further lamented that cybercriminals were not contributing genuinely to the economy of the country, saying, “We have carried out series of investigations regarding computer-related fraud.

“We have done about nine of such investigations around the Lekki area of Lagos. Over a period of three months, we arrested close to 140 cybercriminals.

“In one of the raids, we arrested 38, including seven girls, who are girlfriends of the suspects. But the girls were immediately released after it was established that they were not abetting or aiding their boyfriends in the alleged crime.”

He described the development as "a huge problem” and charged Nigerians to join hands with the EFCC to stamp out Internet fraud from the society.

Bawa, however, dismissed claims in some quarters that the EFCC was always embarking on media trial of suspects, saying such position had always been held by people who were ignorant of the modus operandi of the Commission.

He also frowned on linking the achievements of the EFCC to alleged media exposure, adding, “The only place where a trial takes place is in the court. We charge people to court and the court is at liberty to look at what we do.

“If it (court) agrees with what we have presented before it, it gives judgment in our favour and vice-versa.”