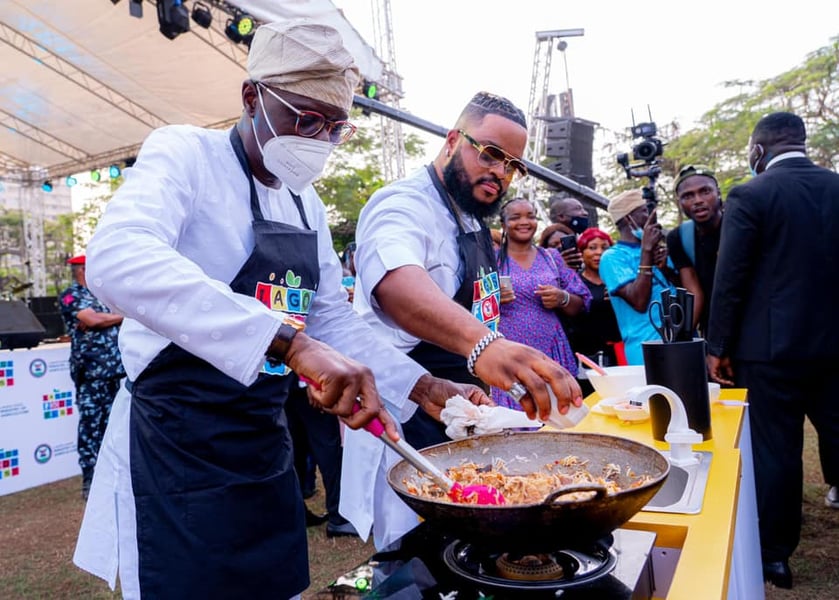 Organized by the Ministry of Agriculture, the event was aimed at showcasing local delicacies and agro-based products in Lagos for the international market.

Whitemoney joined Sanwo-Olu to cook for those present, and the latter also got involved in some of the games while mingling with those present. 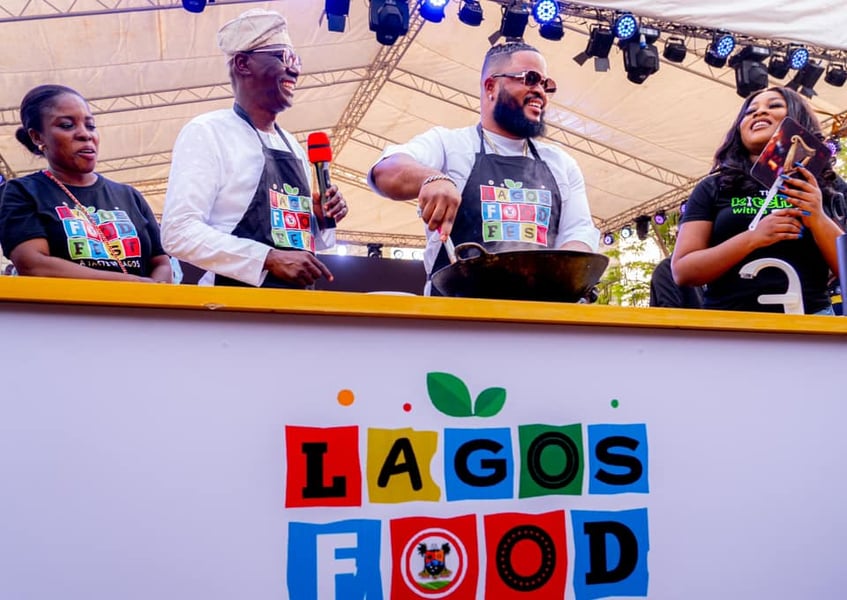 Sanwo-Olu and Whitemoney at the event 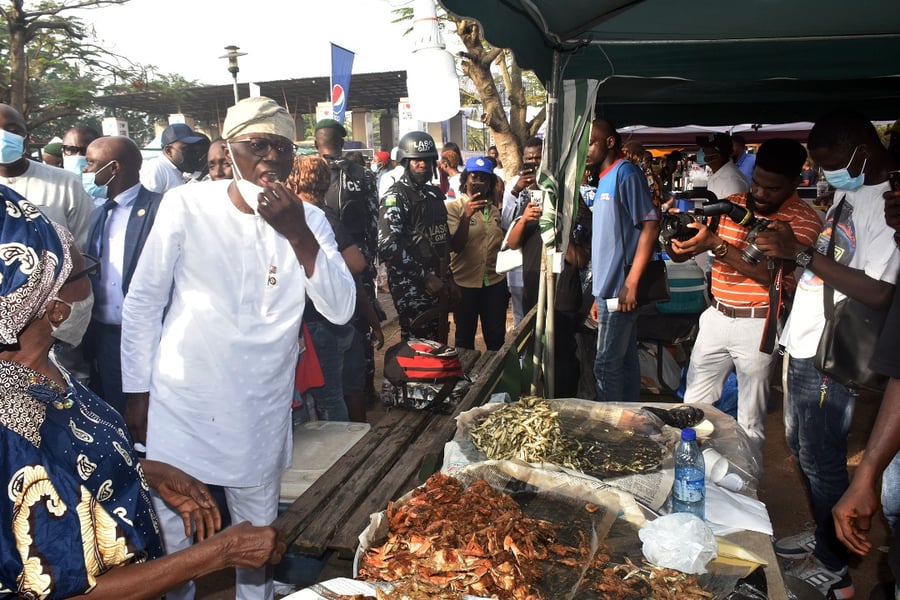 Sanwo-Olu at the event

The Food Festival was themed 'A Taste of Food' and it included a wide variety of fresh items, organic groceries, pastries, confectionary, ready-to-eat consumables, drinks, seafood, beef, and poultry.

Whitemoney's involvement doesn't come as unusual or a surprise because he distinguished himself in the kitchen during his time in the BBNaija show, preparing sumptuous meals for his co-housemates.