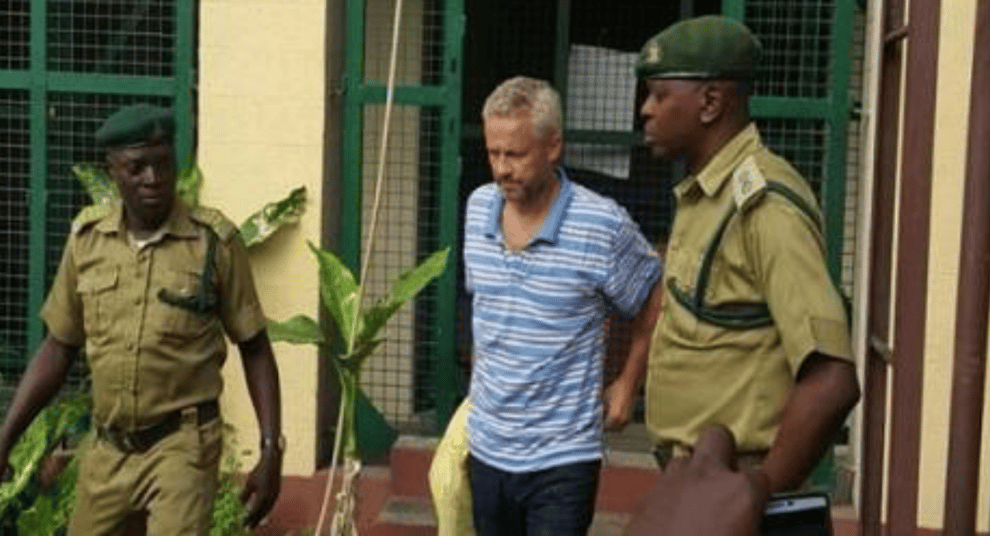 A Lagos High Court has sentenced a Danish man, Peter Nielsen (54), to death by hanging for killing his Nigerian wife and daughter.

Justice Bolanle Okikiolu-Ighile convicted Nielsen, 54, on two counts of murder brought against him by the Lagos State Government.

In a judgment that lasted over five hours, Justice Bolanle Okikiolu-Ighile found Nielsen guilty of two counts of murder contrary to Section 223 of the Criminal Laws of Lagos, 2015.

The Lagos State Government had accused Nielsen then 53 of smothering the two to death on April 5, 2018, at about 3.45 am at their Banana Island residence in the Ikoyi area of the state.

At his arraignment on June 13, 2018, Nielsen pleaded not guilty to the two counts of murder following which trial commenced.

In her judgment, Justice Okikiolu-Ighile said she relied on the post-mortem examination carried out by the consultant pathologist, Professor John Obafunwa on the deceased persons.

His examination had suggested that Zainab was killed when her nose and mouth were forcibly closed which deprived her of oxygen.

She had also suffered bruises on her head and neck which were consistent with blunt force trauma.

According to the pathologist, Zainab and Petra died of head injuries and asphyxia (or suffocation) which could not have been self-inflicted.

On whether the deaths were caused by the defendant (Peter Nielsen), the court recounted several testimonies given by the prosecution witnesses including a housemaid, Zainab’s sibling and two police officers who testified of incidents of domestic violence perpetrated by Mr Nielsen on his wife.

The court particularly held that Zainab’s sister, Pepe, was a witness of truth.

She had testified about a fight she witnessed between the couple in 2017, adding that the defendant had threatened to kill her if she ever told anyone about what she saw.

The late Zainab, aged 37 was popularly known as Alizee and was in the course of promoting her single, 'Alhaji Musa' before she was murdered.