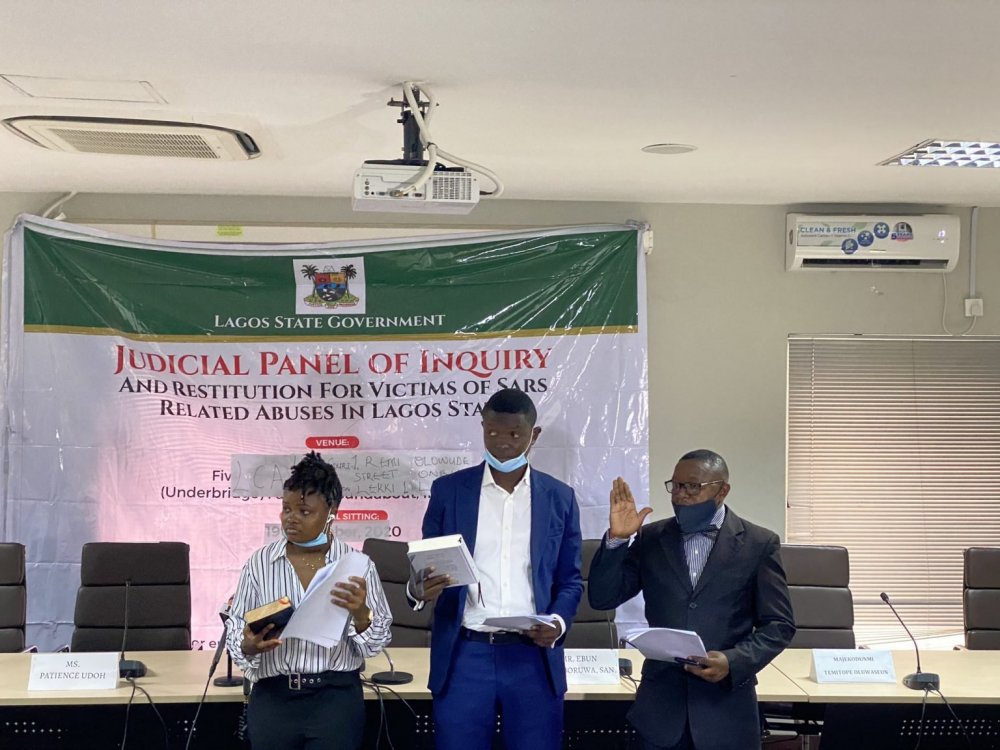 Just after Governor Babajide Sanwo-Olu announced the two Nigerian youths to join the Lagos SARS Panel probing the disbanded Special Anti-Robbery Squad (SARS), an oath of secrecy issued to them by the state government has been leaked to the public.

AllNews earlier reported that two Nigerian youths, Rinu Oduala and Temitope Majekodunmi were on Tuesday appointed to represent the youths and they were handed an oath to sign which was leaked to social media.

The judicial body was constituted by the Lagos State Government to ensure officers of the Nigeria Police Force guilty of brutality are made to face the law. This is also understood to be connected to the unveiling of the mystery behind the Lekki toll gate shooting and issues surrounding the End SARS campaign across the state.

AllNews understands that the leaked details that have caused outrage on social media, contained details of hearings that insisted must be made public.

See below a copy of the oath and photos from the sittings today as shared on social media; 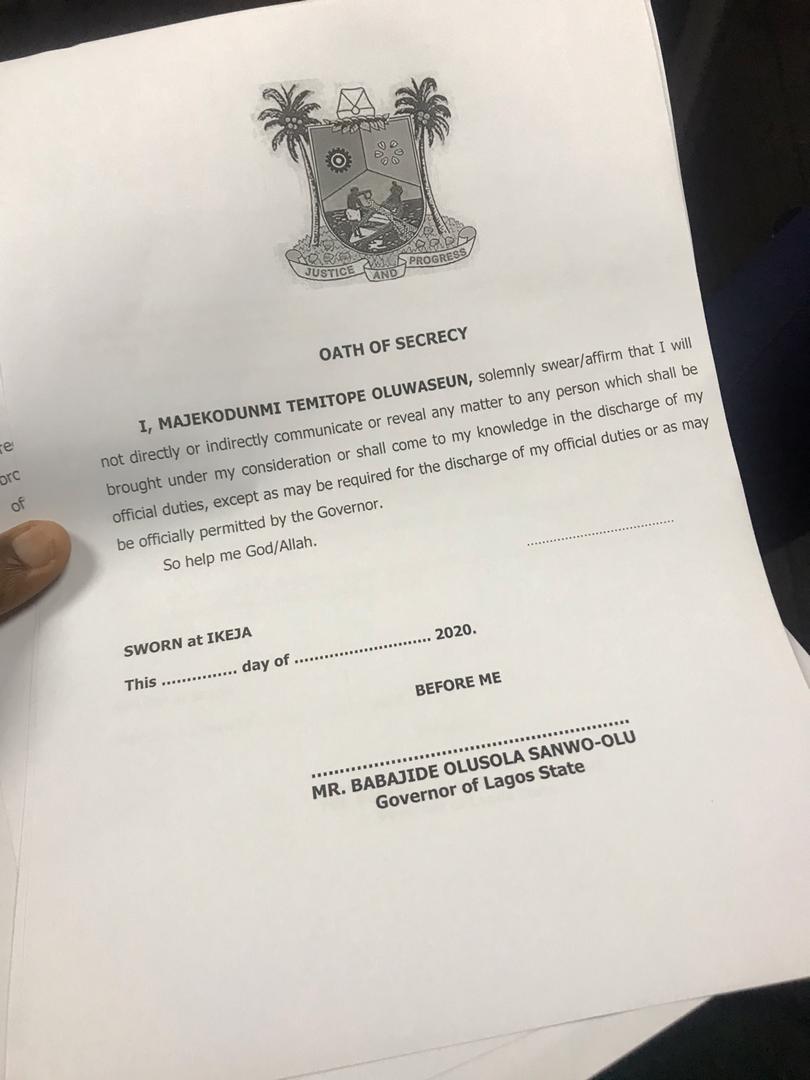 Given an update on the swearing and signing of the oath, Moe Odele, an End SARS advocate and co-founder of the Feminist Coalition shared, “This has been rejected after concerns were raised and dialogue was held this morning. The panelists will not be signing this document.”

Oduala, Majekodunmi, and other panel members are tasked with listening to the submissions of SARS survivors, interrogating the accused personnel, and determining the veracity of all claims.

AllNews reports that the panel sitting has begun today and will hold on Tuesdays, Fridays, and Saturdays from 10 am to 4 pm at the Lagos Court of Arbitration at Remi Olowude Street, in Lekki.