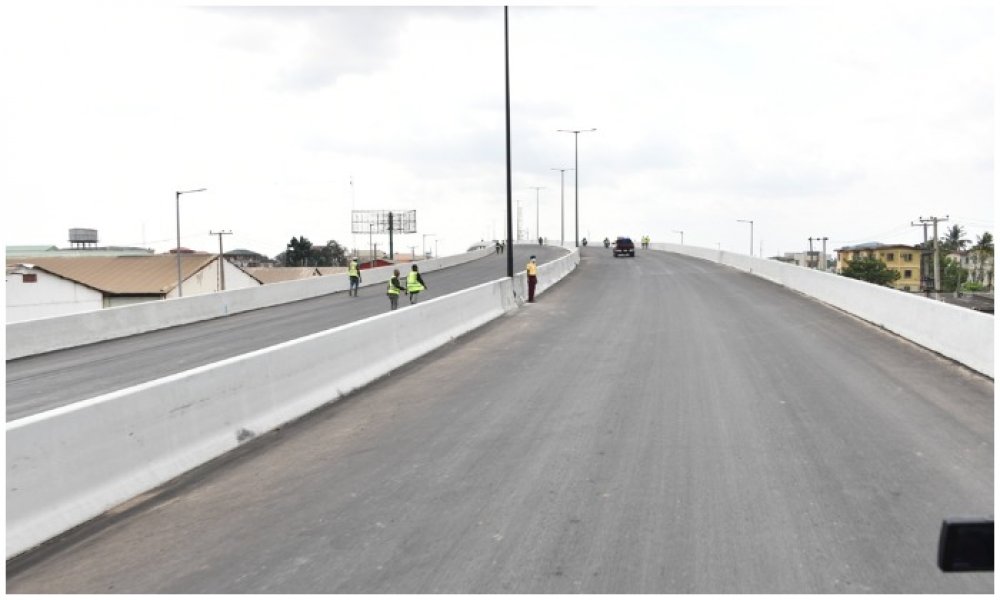 The Governor of Lagos State, Babajide Sanwo-Olu will on Friday, March 5, 2021, open the much-awaited Agege-Pen Cinema Bridge to vehicular movement.

A top government official, who chose to remain anonymous on Thursday told Punch that the 1.7 kilometre-long Agege bridge would be commissioned tomorrow, Friday.

Speaking on the status of the bridge, he said “The governor will commission the bridge on Friday,” adding that the contractors were through with construction works.

It could be recalled that Governor Sanwo-Olu while inspecting the bridge construction work in December said the bridge would be ready for commissioning by February 2021.

The overpass ascends from Oba Ogunji Road and drops at the Oke Koto axis of Agege. The bridge also opens to the old Lagos-Abeokuta Expressway through Abule Egba.

When opened for use, it will bring an end to the discomfort currently being experienced by motorists plying Agege-Abule Egba and Agege-Iyana-Ipaja axes.

Sanwo-Olu expressed satisfaction with the quality of work, adding that what is left to complete is turning intersection improvements at the descending part of the bridge and signalisation for ease of traffic movement.

“We have just finished an inspection and a walkthrough of the Agege Pen-Cinema bridge. The level of completion of the project is around 90 per cent,” he said.

“All the major brickwork has been done and we are left with two major deliverables, which include cleaning up the intersection and signalisation.