Lagosians React As Students Return To School Amidst COVID-19 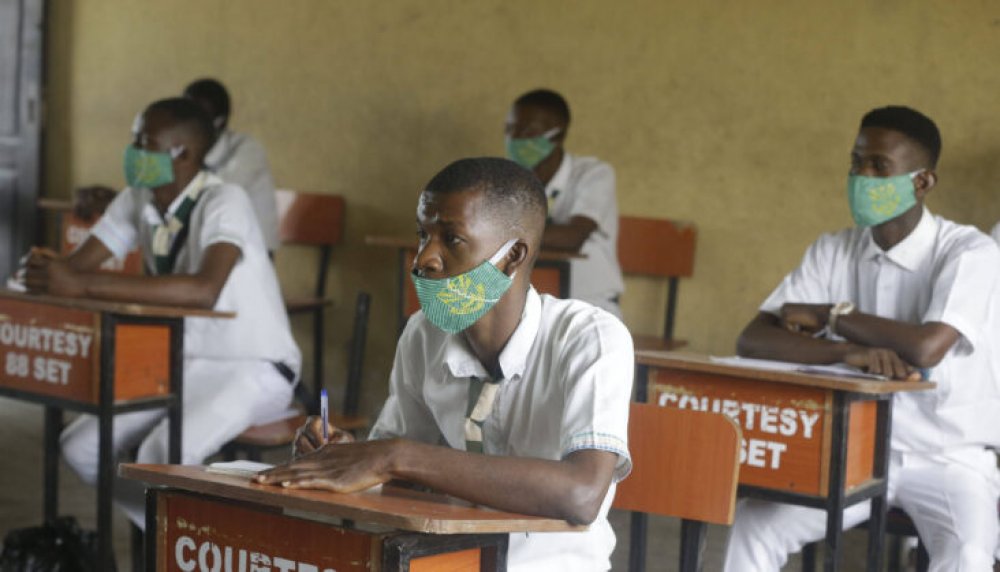 As students in Lagos resume school in line with the directives of the Presidential Task Force (PTF) on COVID-19, AllNews visited some newsstands to get reactions of Lagosians about to the resumption of academic activities in nursery, primary and secondary schools.

The COVID-19 pandemic had in the early period of 2020, forced students to remain indoors after the Federal government imposed a national lockdown that lasted for about three months.

Following the restrictions, some private schools were forced to turn to a virtual system of learning, while students of government-owned schools were left at the mercy of educational programs aired on television.

As the first wave of the pandemic gradually came to an end and economic activities slowly began to return to normal, plans were put in place by the government to re-open schools.

The plans were however distorted by the second wave of the virus that saw Nigeria recording over 1,000 daily COVID-19 cases.

Notwithstanding the second wave, schools were asked to resume on the 18th of January after consultations between the Ministry of Education and the PTF.

The decision of FG was not welcomed by the lawmakers who kicked against the move to re-open schools.

According to the lawmakers, schools should be closed down for the next three months to adequately put in place measures that will help against the spread of COVID-19.

While at the newsstand in Ogba axis of Lagos, AllNews spoke with Julius Ekpo, a business owner who faulted the government's move to re-open schools.

According to Ekpo, schools are not prepared to observe COVID-19 protocols.

Acknowledging that private schools could be 50 percent ready to resume, Ekpo stated that he was very sure that government schools are not ready to re-open.

" Most Private schools have no problem with observing COVID-19 protocols because the school is not crowded," He said, " But you see public schools is where the main concern is, I don't think they are ready to resume."

Also speaking with Allnews  Adeyemo Adeola a building contractor expressed fears that the COVID-19 protocols will only be observed for a week or two and the students will return to their normal social lifestyle.

"My fear is that our society only took the pandemic serious for some weeks during the first outbreak," he said. " just the way it is in the society, students will take the protocols serious in the first few weeks, and return to the norm later."

He advised that the government should first ensure committed compliance from Nigerians before looking to re-open schools which is an avenue to massively spread the virus.

David Odoh, a trader who spoke to AllNews thanked the government for reopening schools, however, he urged schools to ensure strict compliance to COVID-19 protocol.

To him, the Lagos State Government had put in place a very good strategy to contain the spread of the virus.

At Berger newsstand, Adeday Morounfolu a fresh university graduate charged primary and secondary schools to take a cue from most universities that had turned to online classes.

"I expect primary and secondary schools to turn to online means of learning," he said. "But the issue is with public schools where the government will not want to provide amenities needed for the online classes".

He further warned that the re-opening of school might make fresh cases of COVID-19 rise beyond what the country can contain.