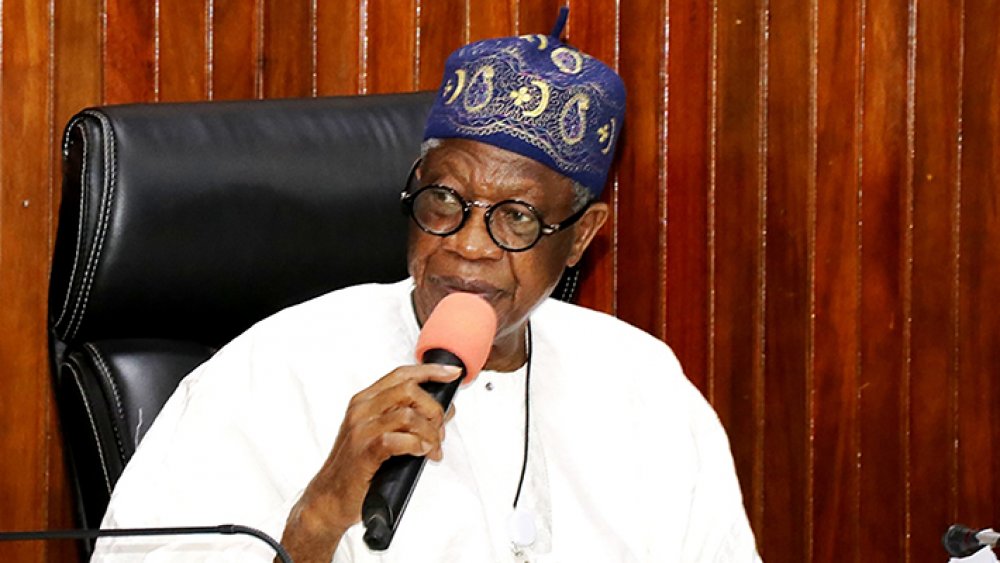 The information minister Lai Mohammed has accused CNN of spreading fake news and trying to escape, following its investigative documentary on the Lekki shooting, adding that the videos used in the report were "doctored".

He stated this on the National Television Authority (NTA) channel on Wednesday.

In an investigative report, CNN had expanded on the claims that #EndSARS protesters had been shot at, with some killed and others injured, by officers of the Nigerian Army at the Lekki toll gate.

Lai Mohammed had, in a letter, condemned the reporting, describing it as "biased". The minister has now called the news network's reporting "inconsistent".

He said, “It shows that they (CNN) are desperate. The so-called recent development has been seen before. There is nothing new. If there is anything new, it is a contradiction of CNN’s position.

“What we are asking CNN is that where is your evidence? The military has been consistent. CNN contravenes the basic principles of journalism – fairness, and balance.

‘They did the story without contacting the Federal Government for its own side. They relied on second and third parties narratives.

“They (CNN) were caught spreading fake news and they are trying to escape.

“We are accusing them (CNN) of basing their stories on videos sourced on social media. CNN has been inconsistent. It also doctored the video it got.

“We are confident in our position.”

On the letter addressed to Jonathan Hawkins, VP (Communications), CNN Centre, Atlanta, Georgia, USA, the minister said, “We have received an acknowledgment and we were told that the letter has been passed to the editorial team.”