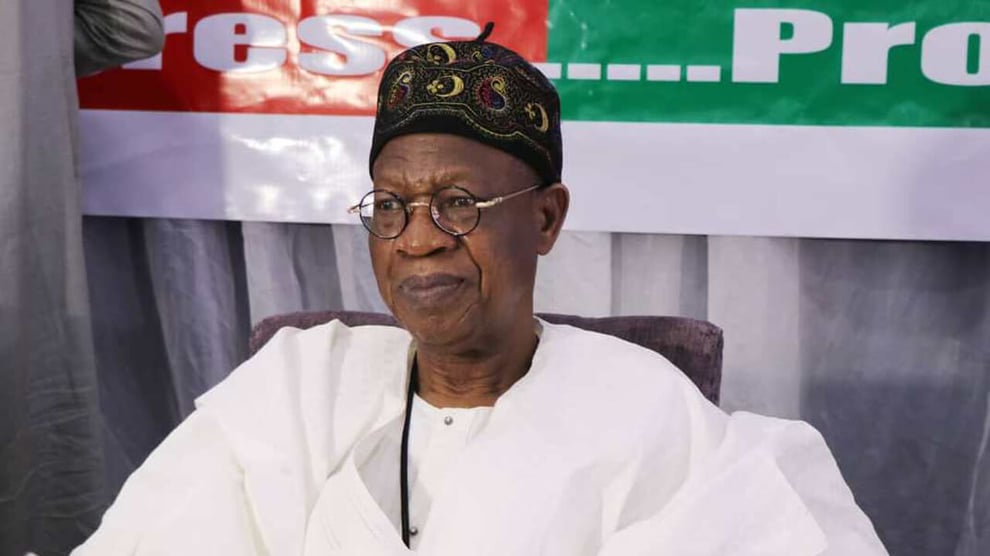 The Nigerian Minister of Information and Culture, Lai Mohammed, has disclosed during a media visit to the Daily Trust Office in Abuja that all filmmakers in the country have been asked to completely eschew content that involves money rituals.

The imploration came on Monday, February 21, 2022, when the Minister said the decision is based solely on some ritual suspect whose confession has tilted the Federal Government into taking this step, in order to completely eradicate the menace of money rituals currently sweeping through the country.

According to him, the directive to filmmakers is premised on the confession of some money ritual suspects who claimed they learned the heinous act from movies and on social media.

"Many have also blamed Nollywood for featuring money rituals in some of its movies, saying this has negatively influenced the vulnerable youth.

"To mitigate this, I have directed the National Film and Video Censors Board, the body set up to regulate the film and video industry in Nigeria, to take this issue into consideration while performing its role of censoring and classifying films and videos.

"I have also directed NFVCB to engage with stakeholders in the film industry in order to express the concerns of the government and Nigerians on the need to eschew money ritual content in their movies,” he said

“For those who may still be in doubt, ritual killings have assumed a worrisome dimension in recent years…Recently, in Ogun State, four young men, one of whom is 18 years old, murdered their 20-year-old female friend for money rituals.

"One of them said they learned about using human parts for money rituals from social media. Of course, you are also aware of a case involving a female student of the University of Jos who was allegedly killed by her boyfriend for ritual purposes.

"These killings have been widely reported by the media. The fact that some of these ritualists said they learned the money-making tricks from some social media platforms has given a further fillip to our campaign to rid social media of unwholesome content", the Minister added.

The minister also appealed to religious, traditional, and political leaders to be part of efforts to sensitise youths to realise that success comes through hard work, not money rituals.