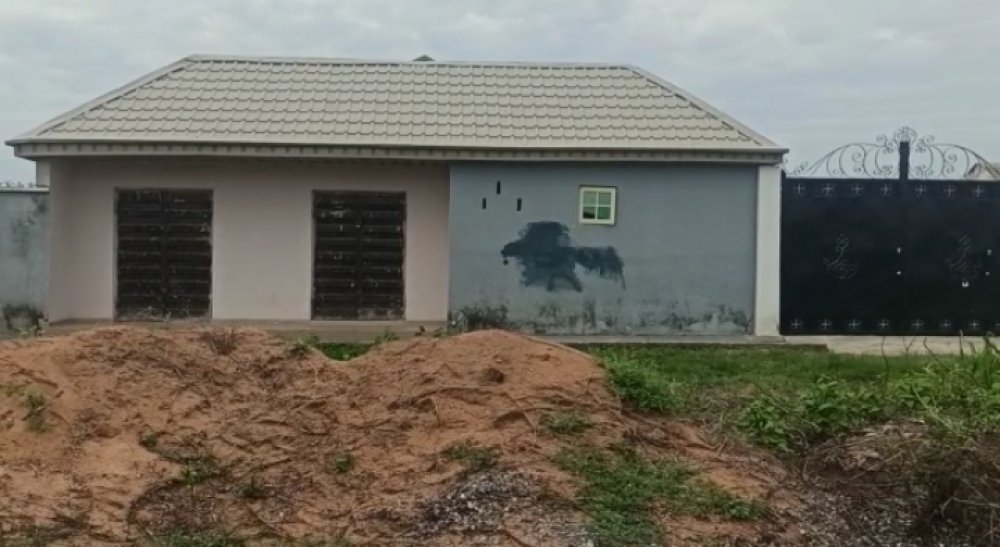 Residents in Oke-Iran Town in Mowe, Ogun State, are about to be rendered homeless by AG Mortgage Bank. The bank threatened to demolish properties in the area following claims by the bank that it acquired hectares of land long before residents in the area purchased their plot of land.

Oke-Iran is an area occupied by low income earners and middle-class Nigerians. Most of the residents there started building their property and living in the area in 2015 having bought their plots of land from the Baale family. However, four years later, they started sighting unfamiliar faces surveying the area.

READ ALSO: Tony Elumelu's Transcorp Hotel To Sack Over 300 Workers Out Of 900

How The Land Dispute Began/Gray Area

When one resident, Ogunjobi Oluwole, approached one of the men surveying the area, he discovered they were from Ogun State Town Planning Office. Oluwole questioned their presence, and he was told it doesn't concern him as they are just there to do their job.

Fast forward to 2020, same individuals visited the area again, this time, with eviction notice, ordering the residents to evacuate their properties as the land belong to AG Mortgage Bank. They were told about 50 hectares of the area belongs to AG Mortgage, as it had purchased the land since 2005.

AG Mortgage claimed it purchase the hectares of land in Oke-Iran in 2005, that's the same period it commenced business as AG Homes Savings & Loans Plc, according to AllNews findings. AG Mortgage was founded in July 2004 - but started operation in 2005, a statement on the company's website disclosed.

AG Mortgage Bank claim to have owned the hectares of land for the past 15-years, but upon enquiry from the Baale, residents were told no one sold the land to AG Mortgage Bank. Despite this clarification, the bank is reportedly coming to demolish the properties in the area on Monday, September 21, 2020.

While speaking with AllNews, a resident in the area said, "We bought a land there in 2015. When we went there to buy the land, it was bush. Later we saw letters plastered in the area last year. They said AG Mortgage had bought the land there in 2005.

"That we should leave the area. Meanwhile, the Baale and like five family that sold the land. We bought the land from Baale's family, not Baale himself. I have the receipt. We didn't know what happened, and we have built our house there, while people are already living there.

"They said they were coming to demolish the area on September 19 (Saturday) 2020. And most people have almost completed their house, even mine is almost at the roofing stage. Baale said they didn't sell the land to anybody."

Another resident, Ogunjobi Oluwole, told AllNews that when he approached one of the individuals that brought the letter, he was told to take his complaint to "AG Mortgage Bank or the Ogun State Town Planning Office." Ogunjobi also bought his land from one of Baale's family as well, simply known as "Okolowo".

Ogunjobi said the Baale of the town told him that it was his opponent that is causing the confusion and shouldn't be worried. Meanwhile, Ogunjobi confirmed to AllNews that the demolition was postponed to Monday, September 21, 2020.

Taiwo Gbadamosi, who own a block industry on the affected land said he was surprised when the papers were plastered in January 2020, and another February 2020. He said the first paper was about Ogun State Town Planning Authority, adding that “they said we should come to their office to regularise our papers."

"The second one (paper) said AG Homes have acquired about 50 hectares, and we are given 7-days to remove our property." He also confirmed that AG Mortgage Bank is coming to demolish their property on Monday, September 21.