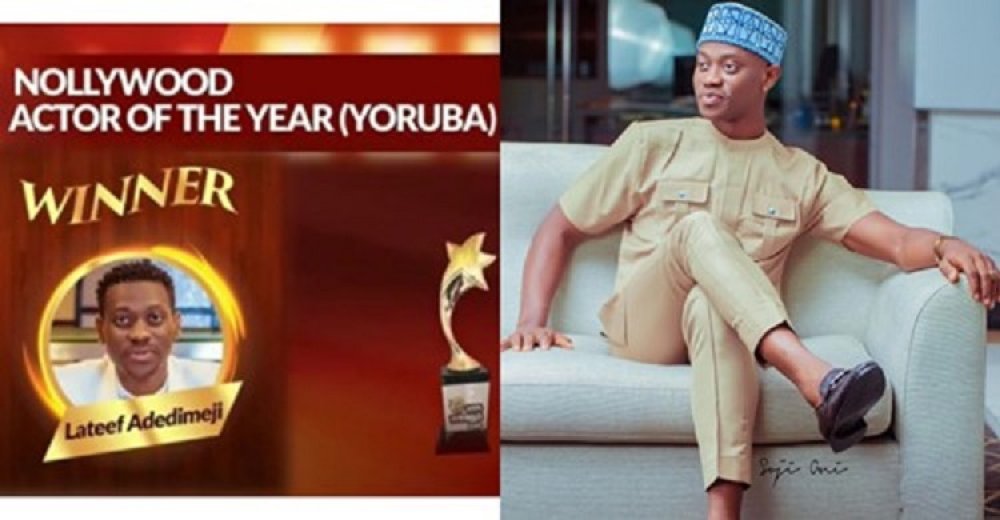 Nigerian actor and movie director, Lateef Adedimeji on Tuesday bagged the award for the Nollywood Actor of the Year Award, beating Odunlade Adekola, Adeniyi Johnson and others hands.

The 35-year-old actor known for his remarkable impression of Igbo language accent took to his Instagram page to share the news while appreciating his fans and colleagues for their support.

The award which was presented to him at the event was courtesy of Cool Wealth Awards and he dedicated it to some of his colleagues, whom he described as his bosses that were nominated in the same category as him.

Cool Wealth Awards Film Production is an organization that honours noble and high impact individuals for their diligent, most especially in the Nollywood industry, the award-giving organisation said their Instagram page.

Taking to Instagram, Lateef Adedimeji wrote: we won the best actor of the year yesterday at the @coolwealth_awards.

A big thank you to everyone that voted and to the organizers for seeing me worthy. I dedicate this award to my bosses in the same category as me. It’s our win ???.

Reacting to the award, some Nollywood stars and fans took to the comment section to congratulate him.