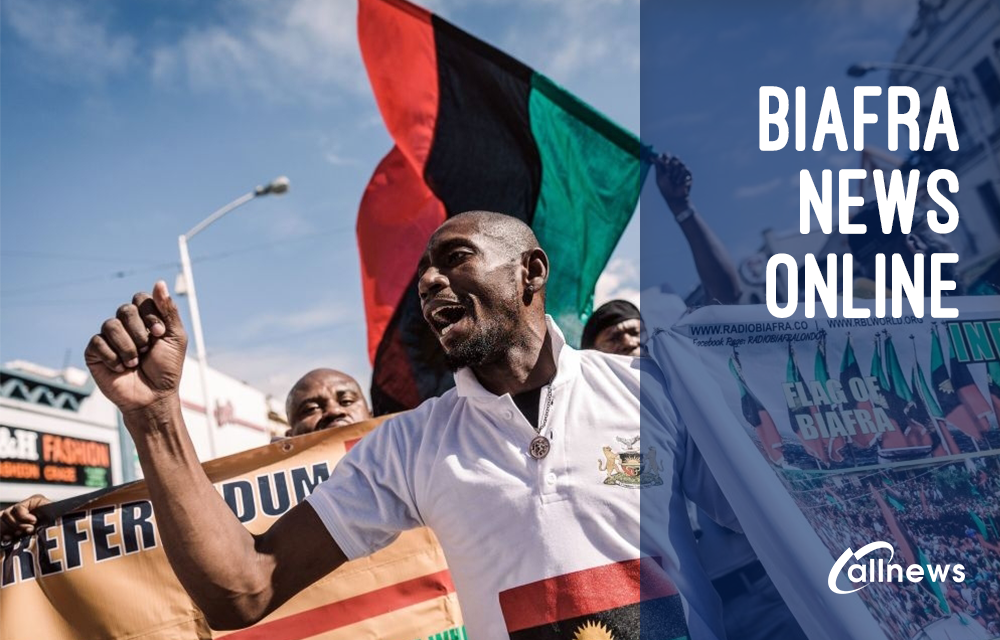 A pleasant day to you and welcome to the compilation of the latest world Biafra online news headlines on AllNews for today, Saturday, October 17th, 2020.

Biafra political activist and leader of the outlawed Indigenous People of Biafra (IPOB), Nnamdi Kanu has denigrated Tuesday's announcement by the Inspector General of Police (IGP) Mohammed Adamu that the Special Weapons and Tactics (SWAT) Team will take over from the disbanded Special Anti-Robbery Squad (SARS).

Recall AllNews had reported that IGP Adamu revealed that officers of the Nigerian Police are expected to undergo the process of debriefing, psychological and medical tests as a prelude to further training and reorientation before being redeployed into mainstream policing duties. Read more here.

I Fooled Pro-Biafra Group, IPOB In May - Kemi Olunloyo

Social media personality, Kemi Olunloyo has claimed that she fooled the outlawed Indigenous People of Biafra (IPOB) in mid-2020 when she claimed their self-exiled leader, Nnamdi Kanu died and had been secretly buried in Italy, AllNews reports.

Pro-Biafra Group Leader, Nnamdi Kanu Of IPOB Names This Politician As Being Behind Alausa Protesters' Attack

Biafra political activist and leader of the outlawed Indigenous People of Biafra (IPOB), Nnamdi Kanu has claimed that the All Progressives Congress (APC) national leader, Bola Tinubu was 'the one who unleashed his thugs on peaceful protesters' on Wednesday and Thursday at Alausa, Ikeja in Lagos State, AllNews reports.

Kanu, who made this allegation in his routine Facebook broadcast on Friday morning also claimed that the former Lagos State governor resorted to assault after 'getting the green light' from Catriona Laing, the British high commissioner to Nigeria. Read more here.

Biafra political activist and leader of the outlawed Indigenous People of Biafra (IPOB), Nnamdi Kanu has declared that there is no leader in the current #EndSARS/#EndSWAT/#EndPoliceBrutality protests in Nigeria, AllNews reports.

The #EndSARS protest resurged on 6 October after a video showing members of the defunct Special Anti-Robbery Squad (SARS) allegedly shoot a man at point-blank range and drive away in his car. Read more here.

Biafra political activist and leader of the outlawed Indigenous People of Biafra (IPOB), Nnamdi Kanu has said that he stopped siding former National Publicity Secretary of the People's Democratic Party (PDP), Olisa Metuh, because he fears he might - like Orji Uzor Kalu, the Governor of Abia State - start campaigning for One Nigeria, AllNews reports.

The proscribed IPOB seeks to restore an independent state of Biafra in the former Eastern Region of Nigeria through an independence referendum.  Read more here.

And that’s all on the latest Biafra news headlines on AllNews for today. More Biafra and Nigerian news headlines are on this dependable website. Do enjoy the rest of your day.