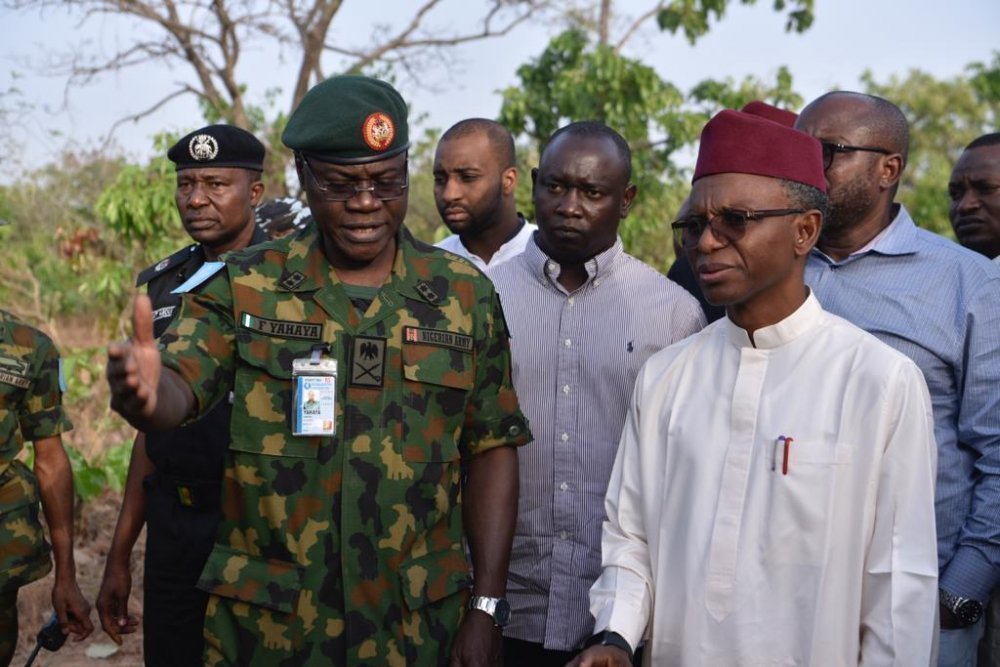 Troops of the Nigerian Army have rescued the ten persons who were abducted by bandits from the Kaduna International Airport’s staff quarters two weeks ago.

The victims were kidnapped by bandits from the junior staff quarters of the airport at Ifira village in Igabi Local Government Area on March 6 and were taken to an unknown destination. Read more here.

The Nigerian Army has disclosed how troops from the 1 Division Army rescued kidnapped victims abducted on Saturday, March 6, 2021, following an invasion of the living quarters of workers of Kaduna International Airport.

According to a press statement by the Army, the rescue operation happened on Wednesday, March 17, 2021, when the troops who were patrolling one of the forests in Kaduna came in contact with the kidnappers and their victims. Read more here.

No fewer than thirteen people have been killed and seven others injured by bandits during separate attacks in Zango Kataf, Chikun, and Kauru local government areas of Kaduna state.

The Commissioner for Internal Security and Home Affairs, Samuel Aruwan on Friday said the armed bandits killed one man as he returned from their farm with his brother in Gora Gan village of Zangon Kataf LGA, while his brother was able to escape. Read more here.

Following the incessant killing and kidnapping across the country, Kaduna State Government has cautioned the state drivers against embarking on night trips to avoid falling victims to kidnappers.