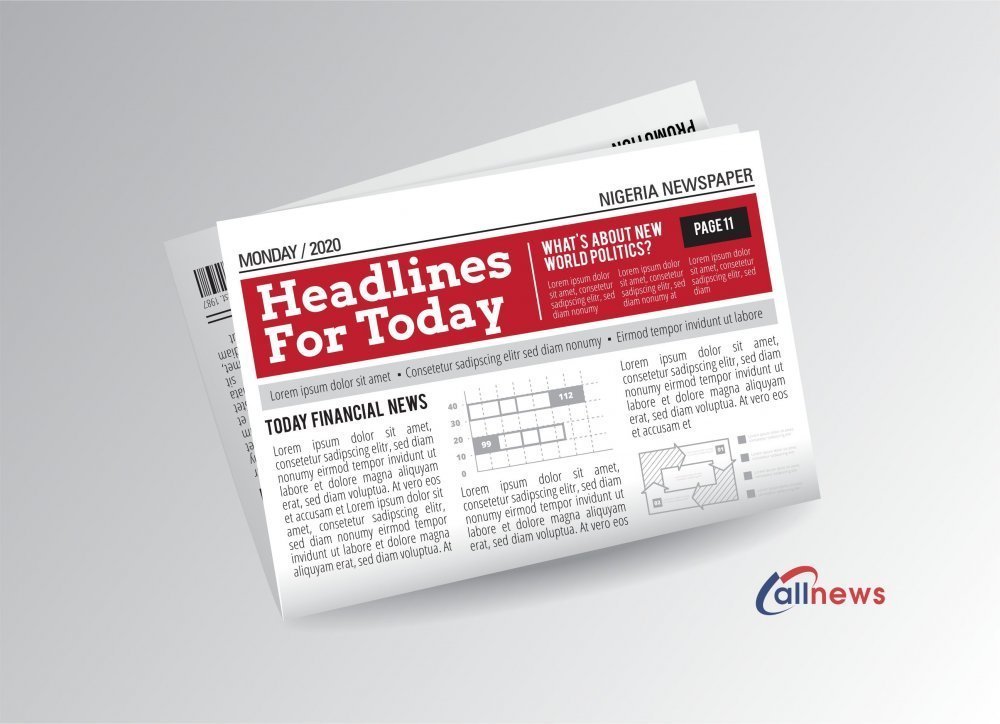 Welcome to the AllNews roundup of the top 10 Latest News In Nigeria for today Monday, February 22nd, 2021.

Mrs. Olufunmilola Adewumi, the Assistant Chief Nutritionist at the Orile Agege General Hospital in Lagos State
has advised those seeking to improve their fertility level and libido to consider taking sugarcane juice for a boost. Read more here.

Biafra Political Activist, Nnamdi Kanu has declared his readiness to stand trial at the International Criminal Court (ICC) in The Hague, if 'defending Easterners against external aggressors' would warrant his appearance at the court.

Kanu, the diaspora-based leader of the outlawed Indigenous People of Biafra (IPOB), who made the declaration in his routine live broadcast via digital platforms on Sunday night, regretted that harassments and extrajudicial killings by Nigerian security agencies have continued unabated across the South-East and South-South regions of the country. The broadcast was monitored by this reporter. Read more here.

3. ESN: 'We Had No Choice But To Defend Our Ancestral Land' - IPOB

The outlawed Indigenous People of Biafra (IPOB) says it has "no choice", hence, its decision to take up arms and defend its land against external aggressors.

Abba Kyari, a Deputy Commissioner of Police and leader of the Inspector-General of Police's Intelligence Response Team, who has been regarded as Nigeria’s ‘super cop’ led the combined military operation which led to the 'capture' of the Eastern Security Network (ESN) camp in Udah village in Imo State.

Recall a combined team of military, police and Air Force personnel had raided the camps of the proscribed Indigenous People of Biafra (IPOB)-affiliated ESN in the Orsu Local Government Area of Imo State. Read more here.

A former governor of Imo state and current Senator representing Imo West, Rochas Okorocha, has alleged that the state governor, Hope Uzodinma, attacked him with “more than 1,000 thugs” on Sunday.

The former governor and three of his political associates were arrested on Sunday by the state police command. This happened after he and his supporters, accompanied by armed policemen, soldiers, and the personnel of the National Security and Civil Defence Corps stormed Royal Spring Palm Estate, Owerri and unsealed it. Read more here.

6. EPL: What Marcus Rashford Said About Man Utd Player Of Nigerian Descent Compared To Okocha Who Made Senior Debut

Born in Newcastle, with Nigerian ancestry courtesy of his father, Shoretire, 17, has been compared to former Super Eagles captain, Austin Jay-Jay Okocha behind the scenes at the EPL club, according to reports. Read more here.

Just one day after the world's largest cryptocurrency reached a staggering new record high, the party came to a hiatus after the token fell by over 13 percent below the $50,000 milestone on Monday, February 22.

Bitcoin recorded huge gains over the weekend when it reached a new all-time high of $58,330 (N27,123,450) on Sunday after business intelligence company Microstrategy announced a $1.5 billion purchase of the token over the weekend, and Tesla CEO Elon Musk made a series of tweets where he defended the electric carmaker's bitcoin purchase, calling it "less dumb" than cash. Bitcoin also reached a market cap of well over $1 trillion. Read more here

8. Why Adesua Etomi, Banky W Should Be Given The 'Private Couple' Award

It’s just February but the award for private celebrity couple of the year should be handed to Adesua Etomi and her husband, Banky Wellington.

Today is Etomi’s birthday and her husband has decided to drop the bomb on us. They both welcomed a baby boy four weeks ago. Read more here.

Samsung has officially announced that Galaxy Watch Active 2 and Galaxy Watch 3 owners can now enjoy the smartwatch for blood pressure check and Electrocardiography (ECG) measurement. These features will be available to those who live in one of the 31 countries which Samsung confirmed would be getting this month.

Six military personnel lost their lives on Sunday after the airplane they were travelling in crashed at takeoff in eastern Mexico. The defence secretariat said.

The secretariat in a statement said the Air Force Learjet 45 crashed after it took off at around 15:45GMT from Emiliano Zapata in Veracruz State. Read more here.

I Am Deeply Indebted To Nigerians — Professor Yemi Osinbajo