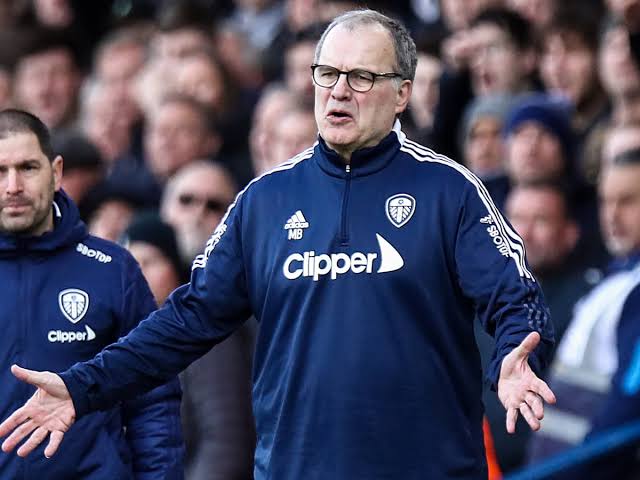 The 4-0 loss to Tottenham at Elland Road was their fourth straight defeat - and that which broke the camel's back during which their leaky defence conceded 17 goals.

The 66-year-old Argentine remained convinced he could turn things around but the Leeds board decided they had to act to preserve their top-flight status.

The club intends to make an announcement regarding Bielsa's successor on Monday, with former RB Leipzig and RB Salzburg boss Jesse Marsch the heavy favourite to take over.

Chairman Andrea Radrizzani said he was forced to act due to the club's "precarious position" in the Premier League, saying it had been the toughest decision of his tenure at Leeds.

"With Marcelo as our head coach, we had three incredible campaigns and the good times returned to Elland Road," he said. "He changed the culture of the club and brought a winning mentality to us all.

"The moments created, particularly in the 2019/20 season and winning promotion to the Premier League, will of course live long in all our memories, myself and the fans included.

“However, I have to act in the best interest of the club and I believe a change is required now in order to secure our Premier League status."

Bielsa, who took charge in 2018 and returned the club to the English top-flight two years later, is revered in Leeds.

Murals of the mercurial Argentine adorn walls around the northern city and the club's Elland Road stadium.