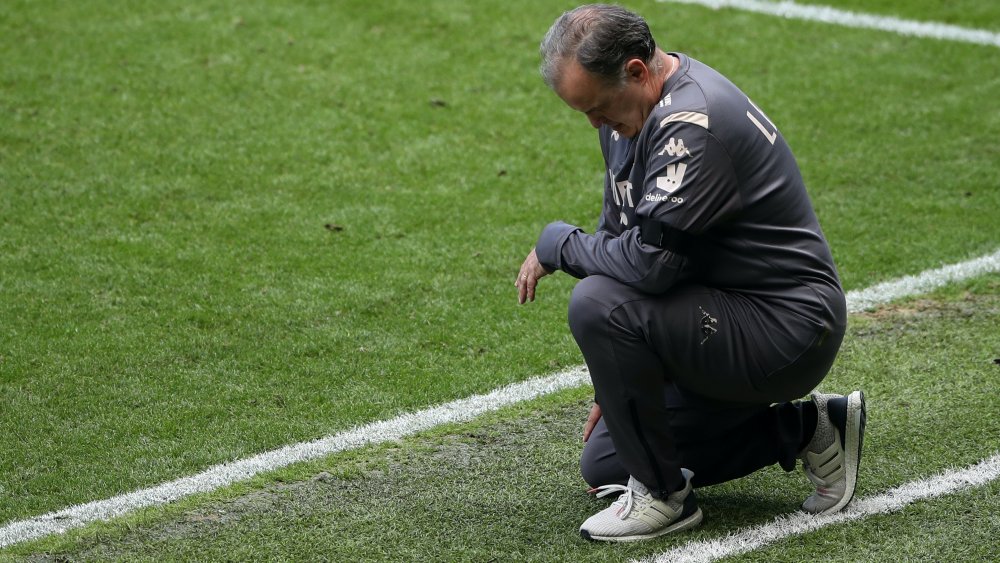 Leeds United succumbed to a 6-2 defeat at Old Trafford against Manchester United on Saturday but the manager Marcelo Bielsa has insisted that the EFL champions will not change their style but adjust to avoid similar thrashings.

AllNews understands that Leeds United have now conceded a league-worst 30 goals - the only side to have conceded 30 goals though scoring 24 in the process.

Leeds has won plenty of praise for their high-energy, high-pressing style but were demolished by United, who played through their press with swift passes which they could not handle. Bielsa said after the match that his team's mistakes were to blame for the heavy defeat.

READ ALSO: Official: Leeds United Promoted To EPL Ahead Of Next Season

"They took advantage of our misplaced passing when we tried to build the attack and this is how they created the majority of their chances," he said.

"If the opposing team is able to impose their style on us it means the opposing manager was able to neutralize it. We will correct things but we will not abandon the way we play."

Bielsa added that Leeds' style is only called into question when they lose.

"When we lose there are questions about the style of play and when we win we are praised for it. This is something we just have to take on board," he said.

The result left Leeds 14th in the league with 17 points, seven clear of the relegation zone. They host Burnley in the Premier League on Sunday.