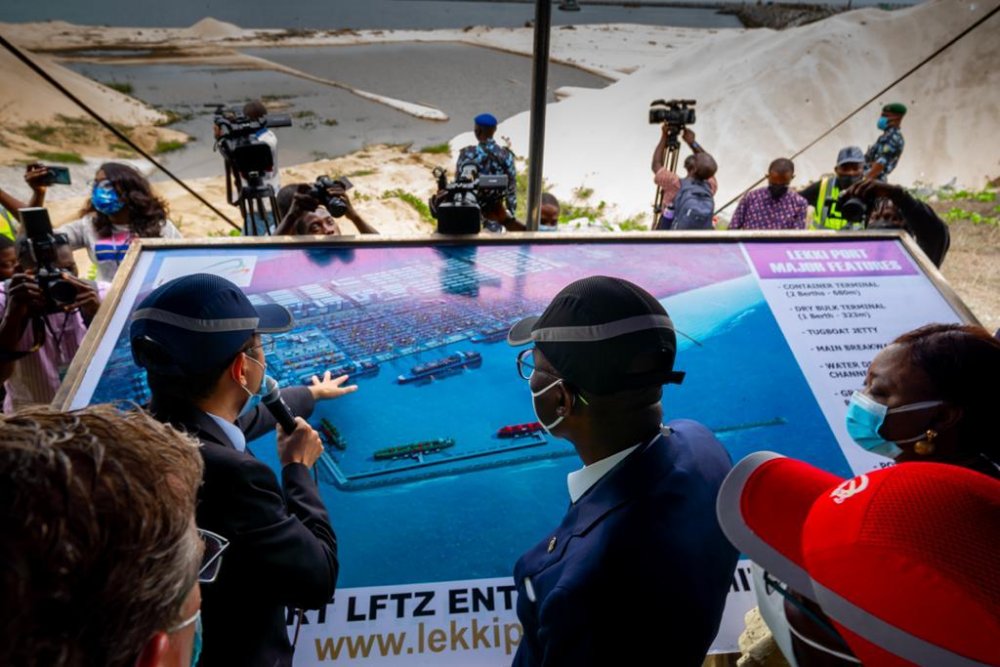 Commercial operations at the Lekki Deep Seaport in Lagos Free Zone (LFZ) will begin in the first quarter of 2023, the Governor of Lagos has promised.

Governor Babajide Sanwo-Olu, on Friday said he got the assurance from Du Ruogang, Managing Director of Lekki Port and representative of China Harbour Engineering Company, who is now the major investor of the Lekki port project.

The Governor and members of the State’s cabinet are currently on a two-day working tour of the three free trade zones established in the Ibeju Lekki area of Lagos.

The port, which is being constructed by China Habour Engineering firm, is occupying 90 hectares in the entire 830 hectares of land carved out for the Lagos Free Zone, created in 2012 to enhance the economic position of Lagos as a manufacturing and logistics hub in West Africa.

The first phase of the seaport project, which is being financed by a $629 million facility from China Development Bank (CDB), is at 48 percent completion.

After going through the project master plan, Sanwo-Olu said his administration remained committed to delivering the project, stressing that the deep seaport and other investments happening in the corridor had the potential to increase the State’s GDP in multiple folds. 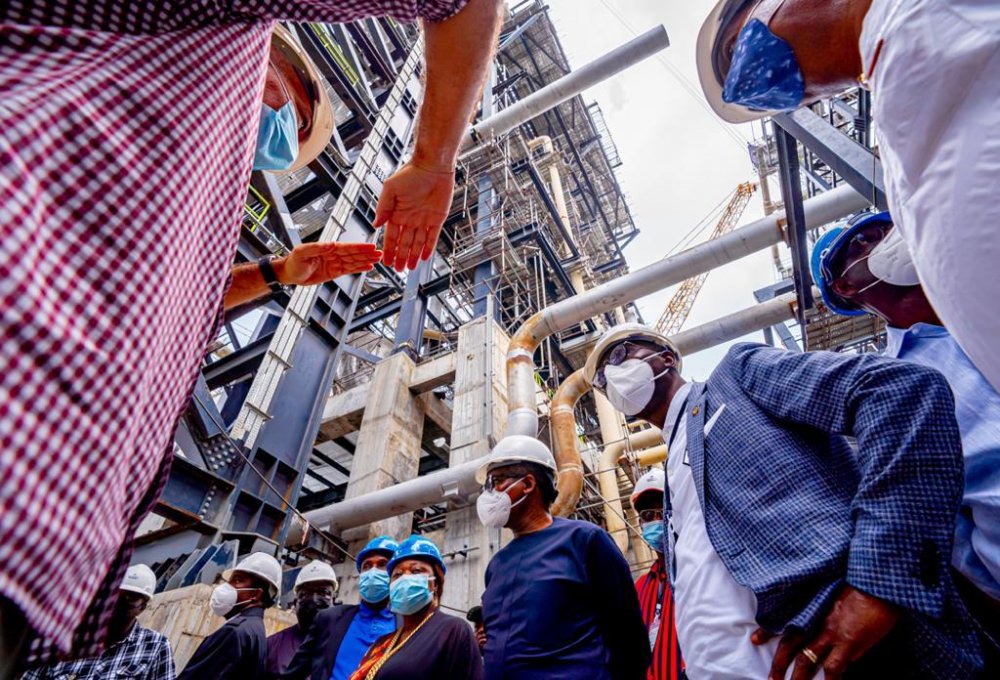 He said: “Given the report I got and what I have seen here, I can say that Lagos Free Zone has made tremendous improvement. We have seen the level of partnership Tolaram Group is bringing in terms of international investment and local brands on this corridor.

“I commend all stakeholders that are with us on this journey we have found ourselves. With the level of work we have seen, I’m truly excited. It is more gratifying that we are taking up this assignment with all energies required and we all can see what we can achieve when we work together.

“Since we signed a loan agreement less than 18 months ago, we have demonstrated strong capability in bringing the project to reality. This is the first quarter of 2021 and we have seen the project in about 48 percent completion. The investors have given us the commitment on the first quarter of the 2023 completion date. We will fulfill all our parts to make sure this date becomes reality.”

Sanwo-Olu, who noted that he had been part of the conversation for the development of the free zones as a Commissioner for Commerce and Industry in 2006, said his administration had recorded significant progress in bringing the projects to reality.

The Governor said the priority accorded to the construction of complementary infrastructure projects along the corridor was a demonstration of his Government’s fulfillment of its pledge to Lagos residents. He promised the state would work with the timeline to ensure all projects mapped out in the zones are deliver.

Sanwo-Olu said the size of the deep seaport will allow 18,000 TEU capacity vessels, which are four times bigger than the ones berthing at Apapa seaports, thereby scaling down the cost of container transportation from any part of the world.

He said: “The interesting part is that our youths and young women will be the beneficiaries of this project. The project managers have engaged a large number of our citizens in the construction parts of the work; all personnel are not expatriates. All the technical work and technology deployed have a local component to it.

“For us a Government, this is the strongest point we have made with the project. I am fully convinced that the delivery of this project will transform the commercial architecture of West Africa and bring about quick turnaround time in the maritime sector.”

When it is completed, the deep seaport is expected to generate more than 170,000 direct and indirect job opportunities for Lagos residents and serve as an alternative in an effort to decongest the Federal Government-owned seaports in Apapa.

Chief Executive Officer of Lagos Free Zone, Mr. Dinesh Rathi, said Tolaram Group, a Singaporean coy, initiated a $2 billion investment in the Lagos Free Zone, out of which the investor committed $950 million to develop a manufacturing hub in the zone.

When the deep seaport is completed, Rathi said the maritime project was expected to generate more than 170,000 direct and indirect job opportunities for Lagos residents and would serve as an alternative in an effort to decongest the Federal Government-owned seaports in Apapa.

Chairman of Lagos Free Zone Development Company, Mr. Biodun Dabiri, hailed the State Government for its commitment towards changing the face of commerce in Africa, stressing that all statutory permits, licenses, and endorsement for the Lekki port project were already secured.

“There is a strong guarantee that the port will be delivered before time, going by the inflow of capital investment and technical services,” Dabiri said.

The Governor and his entourage also visited Africa’s second-largest manufacturing plant of Kellogg Tolaram, manufacturer of cornflakes, which is built in Lagos Free Zone. The Governor toured the processing unit of the firm and inspected the production chain.

Also joining the Government’s team in the tour are the Chief Executive Officer of Lekki Freeport LFZ, Mr. Du Ruogang, and Head of Marketing for LFZ, Ms. Chinju Udora, among others.