Sanwo-Olu Reacts To Lekki Shooting, Blames It On 'Forces Beyond Direct Control' 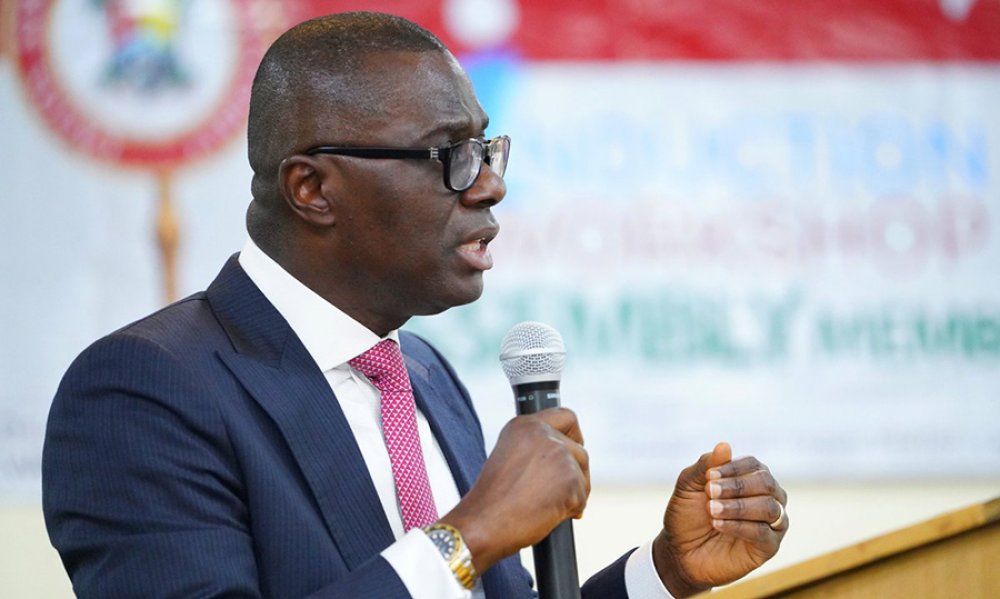 The Lagos State Governor Babajide Sanwo-Olu has reacted to opened gunfire at #EndSars protesters at the Lekki tollgate area of the state, saying "it is not time to trade blames."

AllNews earlier reported that there were outcries in the streets of social media after the protesters at the Lekki tollgate came under heavy gunfire, shortly after Sanwo-Olu announced a 24-hour curfew, due to perceived violence.

Several were injured as many fled for their lives upon the gunfire, after soldiers arrived at the protest ground around 6:30 pm on Tuesday, October 20.

The soldiers were said to have turned off the light in the general area and removed cameras before opening the gunfire.

However, reacting in a statement on his social media pages, the governor described the incident as the toughest in history, blaming it on forces beyond their control.

While sharing photos of his visit to victims at the hospitals, Sanwo-Olu said "This may be the toughest night of our lives as forces beyond our direct control have moved to make notes in our history, but we will face it.

"As a Father and Governor, I watched in anguish the unacceptable event that occurred last night at the Lekki tollgate.

"The decision to impose a curfew was borne out of concern for innocent protesters and the entire citizenry of our dear state. It will be foolhardy for a leader to try to protect his citizens and still turn around to put their lives at risk.

"However, this is not the time to trade blames. We will take it in our stride and move. I paid a visit to all the victims of the unfortunate shooting incident at the various hospitals where they are being urgently attended to.

"There are currently 10 patients at the General Hospital in Lagos Island, 11 at Reddington hospital and 4 at Vedic hospital with mild to moderate levels of injuries, while 2 are receiving intensive medical care. And 3 patients have been discharged.
I implored the attending doctors to give them the best care, while we cover all their medical bills.

"We are working with the Federal Govt to harmonize and stabilize all security operations while prioritizing the lives of the residents we swore to protect and serve.

"I would also be giving a statewide address in a few hours. We will come out stronger."

Meanwhile, following the shooting, the Lekki Tollgate was set on fire by unknown individuals.