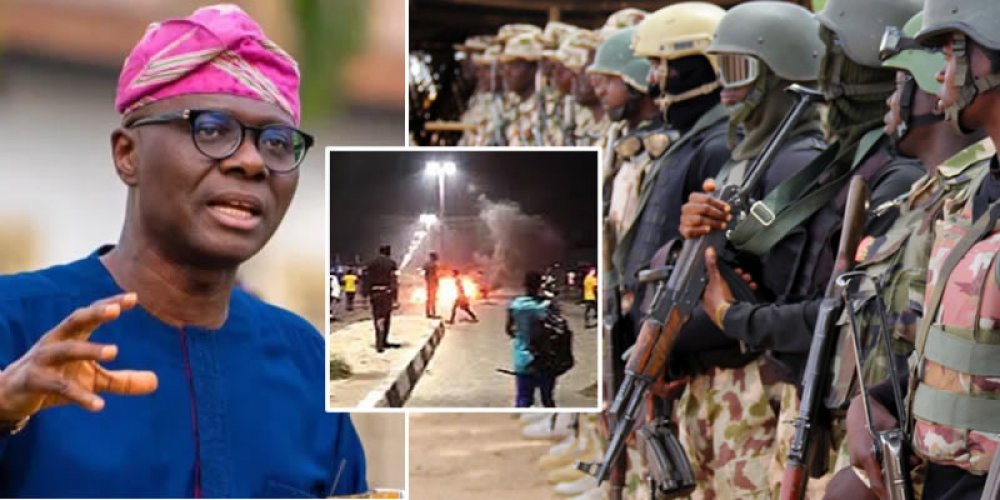 The Commander of the 81 Division of the Nigerian Army, Ahmed Taiwo, said that the Governor of Lagos State, Babajide Sanwo-Olu, was misinformed about the shooting at the Lekki tollgate.

Taiwo said this while answering questions at the Lagos Judicial Panel investigating the Lekki tollgate incident.

He asserted that no protester had died from shots released by soldiers at the tollgate, stating that Sanwo-Olu had been misinformed.

The governor had claimed that no life was lost at the tollgate, a day after the incident, only to backpedal in a tweet stating that a life was lost.

He later updated, stating that another life had been confirmed taken from shots at the tollgate.

During cross-examination of Taiwo by a Senior Advocate of Nigeria (SAN), Olumide Fusika, Taiwo was asked if anyone had died, he denied, saying "no".

Asking if protesters fled the scene when soldiers shot into the air, Taiwo confirmed, saying, "Yes".

"So, if someone got injured running, it had nothing to do with you?" Fusika questioned.

"The governor was misinformed", Taiwo answered.