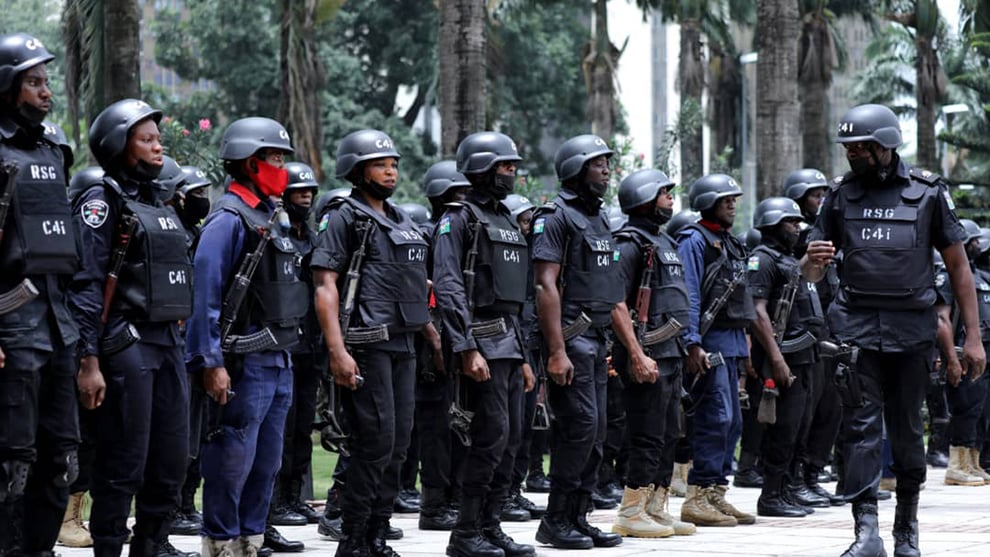 Recall that the Lagos Judicial panel on restitution for victims of SARS related abuses and other matters led by Justice Doris Okuwobi last Monday submitted its report to the state government accusing police officers deployed to the Lekki tollgate of shooting and assaulting unarmed protesters.

According to the report released to the state government led by Governor  Babajide Sanwo-Olu by the panel the protesters at the tollgate on the 20th of October, 2020, were attacked by security operatives which led to injuries and deaths.

The panel further stated that police officers and the Nigerian Army were at the scene of the protest and tried to cover up their actions by picking up bullets.

The panel recommended to the state government that some policemen should be prosecuted for arbitrary and indiscriminate shooting and killing of protesters.

According to Foundation for Investigative Journalism, (FIJ), although the panel treated several allegations of police brutality, the officers were found culpable in 42 different cases.

FIJ in its publication released the names and ranks of the officers accused of violating the rights of Nigerians protesting police brutality.

Consolidated with petition 63-Inspector Dania Ojo must be fished out by the police and prosecuted for the death of the deceased Adaobi in petition no. 63

Prosecution of Ayo Arogundade of Ketu Police Station as of the 17th of March 2017 and as identified in the Orderly Room Trial for brutalizing the petitioner, Mr Olajide Fowotade

8: Inspector Iyamah and his men

Prosecution of Inspector Iyamah of SARS and his men as of May 1999 for facilitating the illegal incarceration and brutalization of the Petitioner, Marc Nwadi Chidiebere

An investigation into the conduct and behaviour of Woman Sergeant Destiny and DTO Woman Inspector, Helen Otitoju for their role in the arrest and detention of the petitioner, Mr Tells Adesanya and his car

Police to fish out, investigate and prosecute police operatives who were responsible for shooting the petitioner, Mrs Hannah Olugbodi on 6/6/18 at Agunbiade street, Ijesha Market, Lagos

The prosecution of Spy Police officer, Inspector Adeleye Bashiru, Mr Okon, Mr Abidemi of the Ikoyi police station from 2010 to 2013 for the brutalization and dehumanization of the petitioner, Omeli Humphrey Darlington

Inspector Frank Akhabue is to be prosecuted for unlawfully shooting and occasioning the death of late Cpl Patrick Bartholomew Obochi on the 6th of July, 2004

The prosecution of Officer Stephen Bayo, aka Samuel C.Y. and other policemen (names not stated) to be prosecuted for the extrajudicial killing of late Eric Okwaji

The prosecution of Saka Afolabi for the unlawful killing of late Ismaila A. Akapo

The police officers from Okoko Police Station who brutalized and did not release late Bukola Adeogun for medical attention on 31/1/2018, which later resulted in the death of the deceased, should be fished out and sanctioned

Disciplinary action against SP Segun of Taskforce, who directed the physical abuse of the petitioner, Mr Okuwanikemi Sanusi and the illegal seizure

22: Police operatives involved in the shooting and killing of unarmed persons around Tejuosho

Police to investigate and prosecute all police operatives involved in the shooting and killing of unarmed persons around Tejuosho, Aralile and its environs on the 21st October 2020 in which the petitioner was shot dead

Inspector Smart, Officer Dagbo, Dapo, Yemi and Dayo of the Area F Police Station to be investigated and prosecuted for the unlawful arrest, torture and grievous harm done to the petitioner, Mr Babatunde Taiwo

Officer Chinyere of Ojodu Police Station to be investigated and prosecuted for her extrajudicial killing of late Charles Otoo on 21st October 2020 at Ojodu, Lagos State

Sergeant Kabiru (Force Number 354952) is recommended for prosecution. Kabiru was investigated at Lion Building and Zone 2 Onikan for brutalizing, assaulting and rendering naked, Mr Monday Ojo on 4th December 2013, yet no disciplinary action was taken against him

30: Policemen who were on a raid from Ile Epo Police Station

Policemen who were on a raid from Ile Epo Police Station on 5th February 2020 and unlawfully shot Miss Mariam Shobukola which inflicted grievous harm to her are to be fished out, investigated and prosecuted

31: ASP Simmon Nathaniel (aka Prince) and Dele Olubiyi of Lagos Command and 4 other members of their team

ASP Simmon Nathaniel (aka Prince) and Dele Olubiyi of Lagos Command and 4 other members of their team are to be investigated and prosecuted for unlawful arrest, detention and confiscation of the petitioner, Mr Okorodudu’s cars and the abuses thereof

32: Officer Sule and other police officers from Area ‘F’

Officer Sule and other police officers from Area ‘F’ as at 1990/1991 being of the police station, Ikeja are to be fished out and prosecuted for grievously brutalizing and assaulting the petitioner, Mr Gboyega Igbamerun for his role in apprehending a police officer during the commission of a crime

33: Officer Akin, Ola Harlem and Abbas and other police officers

Officer Akin, Ola Harlem and Abbas and other police officers from the SARS Ikeja police station, as of November 2006 who tortured and extorted Madam Titi Agnes and her daughter and refused to grant her access to her son, are to be fished out and prosecuted for brutalizing and being responsible for the death of Taiwo Egbayeyemi while in their custody after refusing him upon a court order should be prosecuted

Police to fish out, investigate and prosecute police officers who shot on 12th October 2020 at Surulere, Lagos and thereby killed late Ikechukwu Iloamuzor

DCP Dan Okoro, officers of IRT Ikeja who harassed, abused and brutalized the petitioner, Mr Devin Adekoya on 12th December 2017 and illegally detained him for 5 days be fished out, investigated and prosecuted

Inspector Onimen Ehalodu aka Pastor of Meiran police station should be prosecuted for viciously assaulting and stripping the petitioner, Adaeze Oluwatosin naked and confiscating her phone on the 3rd of October, 2020 under an unlawful allegation that she was covering policemen and a suspect with her phone

The Ikeja Police Command should investigate the disappearance of the petitioner’s Brother, Mr Saheed, who was taken into the custody of SARS around 15th May 2018

Inspector Iretegbe John, aka ‘Tallest’ and Officer ‘Offem’ of Ajangbadi/Ilemba police station to be investigated and prosecuted for extrajudicially killing late Mustapha Moruf Adeleke at Ajangbadi/Ojo, Lagos on 20th October 2020