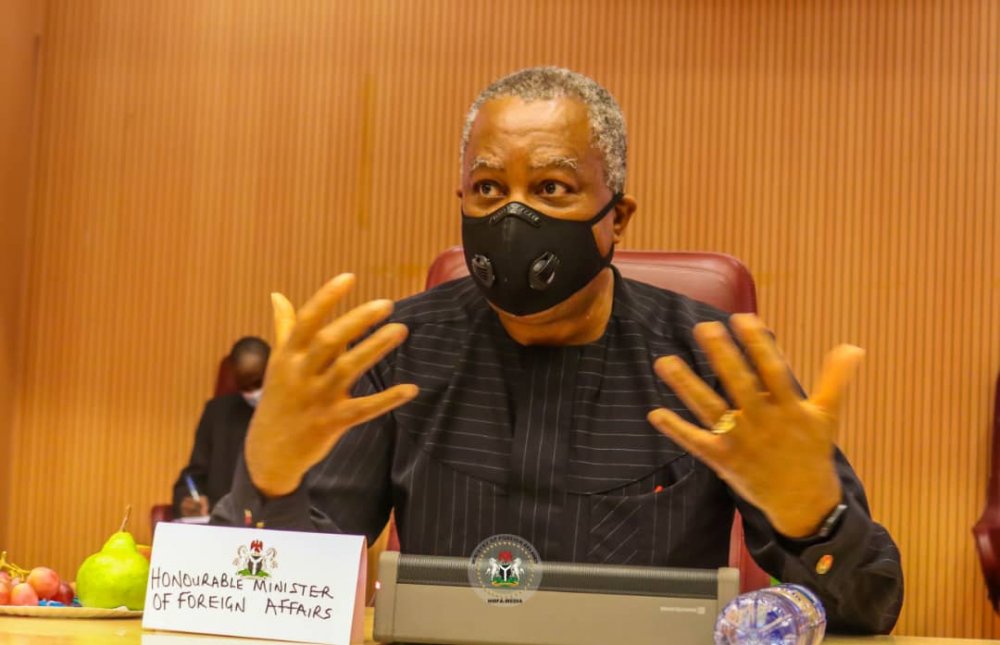 The Minister of Foreign Affairs, Geoffrey Onyema has revealed that the Federal government had contacted the British government over the proposed sanction on the Muhammadu Buhari-led administration for their roles in the #'ENDSARS protest.

Making this disclosure while responding to questions at the end of the weekly virtual Federal Executive Council (FEC) meeting, Onyema argued that the UK parliament members do not have the right to impose sanctions.

“Yes, we have reached out to the UK government. The meeting that took place were Parliamentarians and they do not speak for the UK government which acts for the United Kingdom and they have also heard the side of the (Nigerian) government regarding everything that has happened.

“So, we have been in touch with them and engaging with them. Of course, as in any democracy, the members of parliament are able to also able to air their view.

“But what is important, is that a balanced picture is made available to them, before they take any decision,” Onyeama said.

It will be recalled that the UK parliament had earlier revealed that sanctions will be placed on Nigerian government officials indicted to be involved with the #ENDSARS protest.

Also recall that AllNews had earlier reported that the Peoples Democratic Party (PDP) commended the UK parliament for its decision to sanction some officials of the Buhari-led administration.