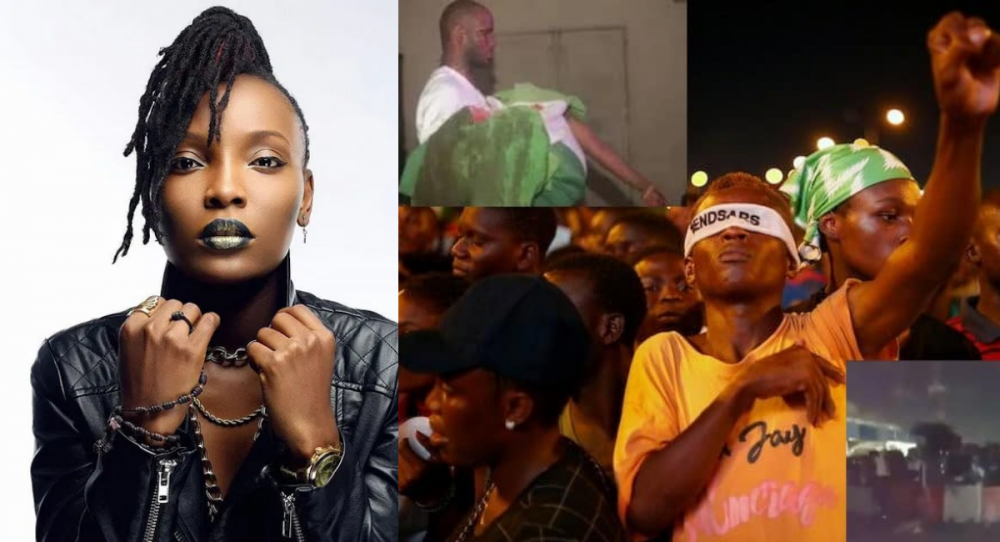 It is the first day in the month of April 2021 and several hashtags as usual began trending on Twitter. As a monthly routine, Happy New Month, or April 1 is assumed to be the top trends but unfortunately, April began with a flashback on the Lekki Tollgate Massacre (#LEKKILIES) and DJ Switch.

A look into why #LEKKILIES and DJ Switch top Twitter trend, AllNews Nigeria discovered that the trend began following a report released by the US Department of State on the reported killing of civilians at Lekki Toll Gate on October 20, 2020. 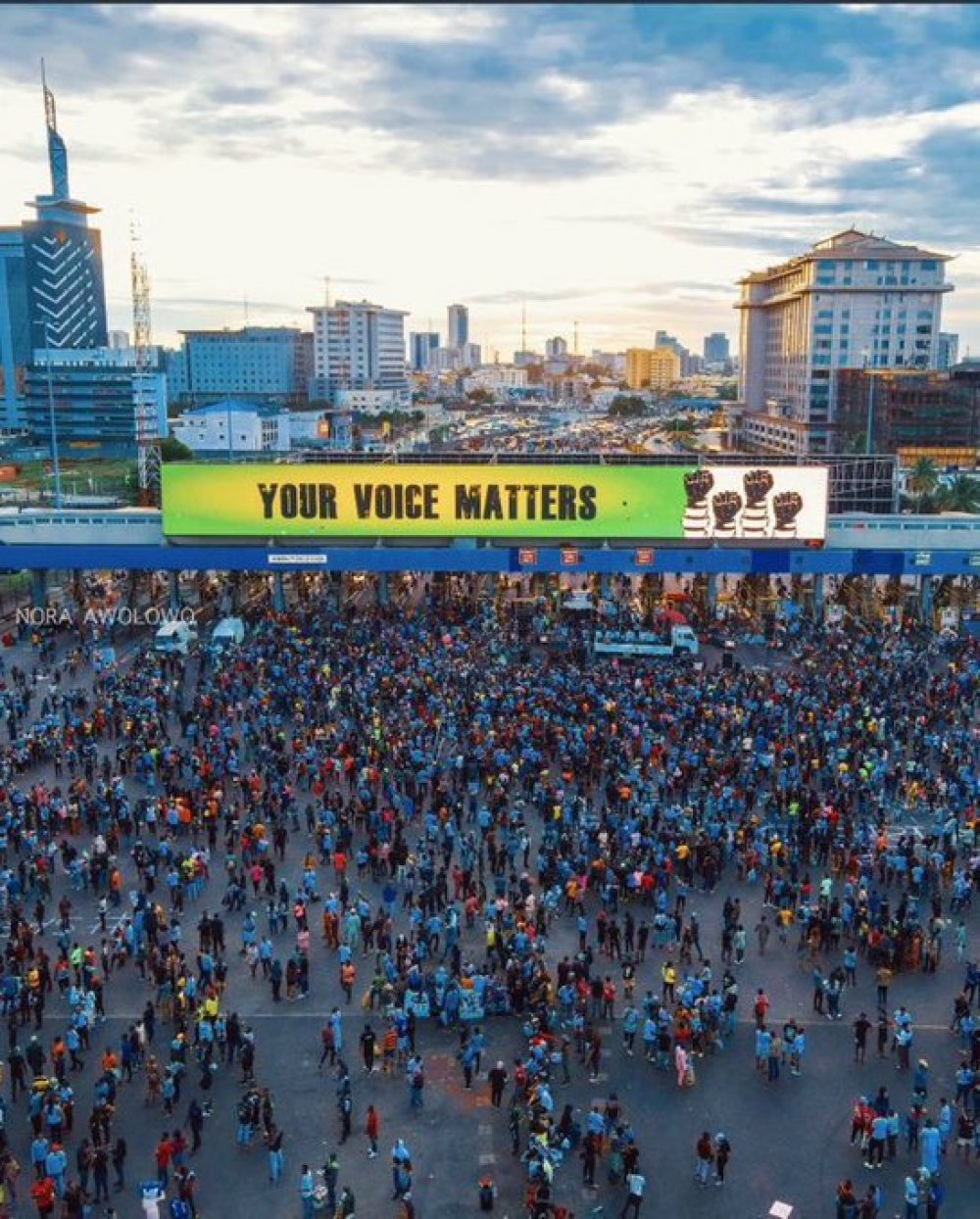 According to a report tagged ‘2020 Country Reports on Human Rights Practices: Nigeria,’ released on Tuesday, March 30, 2021, the United States Government dismissed the alleged killings of protesters at the Lekki tollgate on October 20, 2020, by the Nigerian army.

Recall that  DJ Switch (real name, Obianuju Udeh) who was among the #EndSARS protesters, streamed live the purported shooting at the Lekki tollgate plaza in Lagos.

The artiste said armed soldiers and police officers shot at her and other peaceful #EndSARS protesters at the Lekki toll gate on Tuesday night.

Added that at least 15 people were killed in the shootings and that she and other survivors took the victims’ bodies to the soldiers who took them away.

“Something I think about in hindsight that I wished we hadn’t done was that we carried dead bodies and dropped them at the feet of the soldiers when I asked their unit commander why they are killing us.

“I wished we didn’t do that because they ended up throwing the bodies into their vans,” she said in a video she posted on social media.

Contradicting the report after six months the US department disputes claims that Nigerian civilians were gunned down by soldiers at the Lekki tollgate.

The latest Lekki Massacre comment comes amid overwhelming claims and reports to the contrary by different bodies and media organizations, including Amnesty International and the US-based Cable News Network (CNN).

Without specifically mentioning names of those who called DJ Switch a liar over the Lekki Massacre, Nigerians took to Twitter to lash those who believe DJ Switch raised a false alarm despiting having

AllNews Nigeria captured  some Tweets lashing those who failed to civilians were gundown by soldiers;

So DJ switch is now a liar ? What we see live on her page is a lie also ? People didn’t die ? Those who died are chickens ?
The fact that some people are sponsored to trend #LEKKILIES actually buttress the point that Nigeria is far from being set free

Going through DJ Switch's trend just makes me sick to my stomach. Omoooo so you people are actually dragging her. Mehn all man for himself.

Someone that went live on instagram, how is that a lie??

This foolishness is becoming too much. #LEKKILIES

Are you people telling me Dj Switch brought hoodlums and staged the whole masaccre?
Kemi Olunloyo had said Nigerians are dumb. Now I believe.#LEKKILIES pic.twitter.com/xWtzo4d4gI

So suddenly you're all against DJ switch because of the US Statement?
KIA, all of you supporting this #LEKKILIES, God will reject you all. ???#AprilFoolsDay #EndSARS #BuhariMustGo pic.twitter.com/a3BTsbh0OV

It's sad that some forces want to push the narrative that people didn't die during the massacre, despite all they saw on Dj Switch IG Live.

The sad thing about this #LekkiMassacre slander is; those fools who discredit Dj Switch live video actually believe that detective fashola found a mystery web cam sitting pretty in the open after all the chaos at the toolgate. Most Nigerians lack sesne pic.twitter.com/gYjnIK58Fa

READ ALSO: DJ Switch Speaks To International Bodies Over The Killings At Lekki, Calls For Investigation And Prosecution

US: "Accurate information on fatalities resulting from the shooting was not available at year’s end."

Some Nigerians: "US has investigated and concluded it's all lies."

Ha, our educational system has failed us & we've also failed it. That was some straightforward English, tbh. 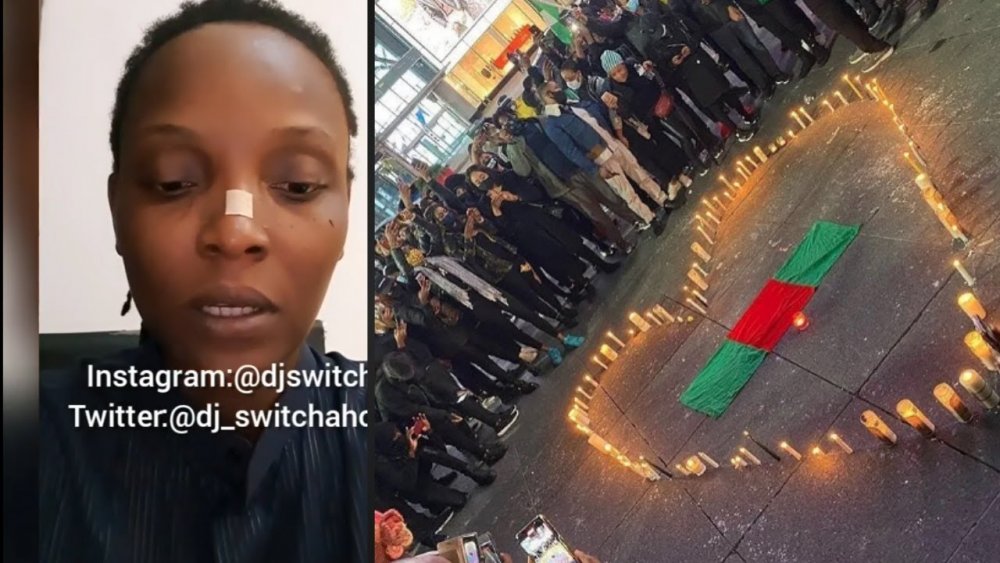 DJ Switch didn’t put her life on the line and go through all those traumatic experiences for some fool to come throw everything down the drain with some useless hashtag. Nobody should take #LEKKILIES seriously. I repeat, NOBODY.

The #EndSARS movement demanded the dissolution of the Special Anti-Robbery Squad (SARS), a tactical unit of the Nigerian Police, whose members were accused of atrocities including extortion, rape, abduction, torture and extrajudicial killings.

Protesters also asked for investigations into the allegations against SARS personnel as well as the immediate suspension of officers accused of committing atrocities.