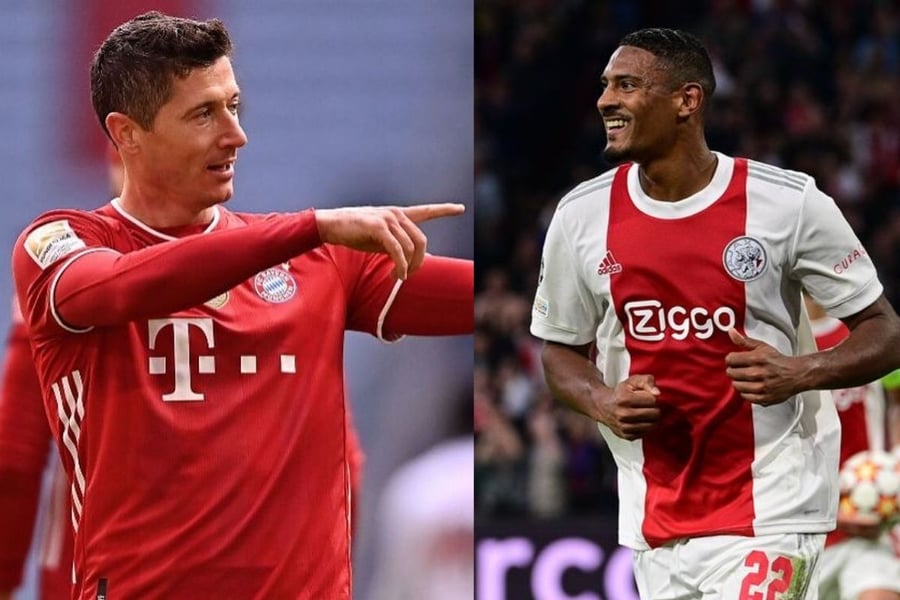 After Matchday 5 of the UEFA Champions League, the shape of the list of scorers is starting to look like the usual with just one wrinkle -- Ajax's Sebastien Haller who is currently levelled with Robert Lewandowski on eight goals.

Unlike in time past when it was a duel between Lionel Messi and Cristiano Ronaldo, it is now between Lewandowski and any player who is finding the back of the net with ease.

The last time the duo claimed the accolade was in 2018 when Messi claimed the UEFA Champions top scorer award from Ronaldo who won it in 2017. The award has since eluded them with both not scoring up to 10 goals in the Champions League since 2018.

In 2019-20, Lewandowski scooped the award with 15 goals, 5 goals ahead of Erling Haaland who was also sensational in front of goal.

For the ongoing 2021-22 season, Lewandowski faces a new opponent in Ajax new boy, Ivory Coast Sebastien Haller who is finding the back of the net with great precision. He has now scored 18 goals in 18 appearances for Ajax this season.

For the second leg fixtures, he scored one on matchday 4, two on matchday 5 against Beskitas taking his tally to 9 goals in 5 matches.

Aside from the European stage, Haller currently tops the Eredivisie scoring chart with 9 goals.

The Ivorian striker was West Ham United club-record signing of £45 million from Frankfurt before moving to the Netherlands reuniting with his former manager Erik Hen Tag (Utrecht).

Another potential usurper would have been RB Leipzig's Christopher Nkunku but with PSG and Manchester City qualification, Nkunku would have to go battle it out in the Europa League. It would be only a matter of time before Ronaldo, Salah overtake him at 7 goals.