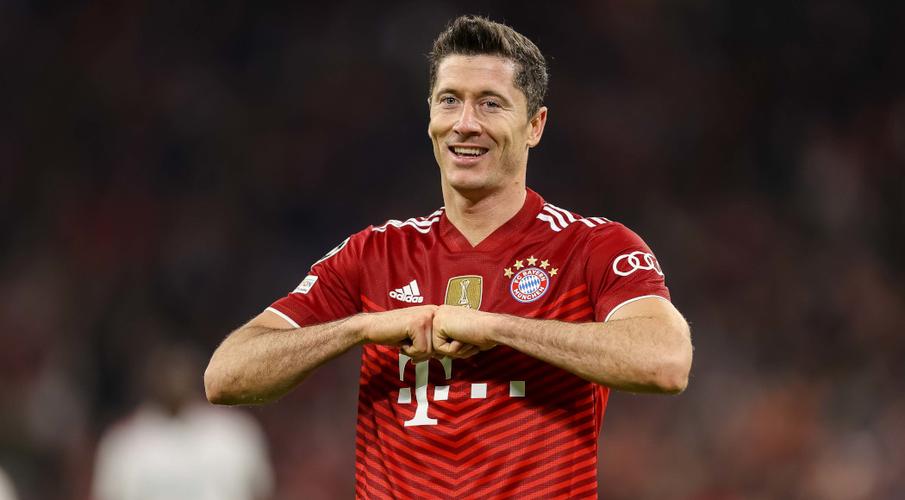 Robert Lewandowski was seen sending the fans an emotional farewell after Bayern Munich played their last match for the Bundesliga season on Saturday against Wolfsburg despite still a year on his contract.

The Polish striker scored the second goal for the Bavarians to take his goal tally to 50 across all competitions this season.

Lewandowski's current deal runs until 2023, but the Poland international has expressed his desire to try his luck elsewhere ahead of next season.

"It is very possible that this was my last game in Bayern Munich's colours," Lewandowski said after Saturday's 2-2 draw with Wolfsburg.

"We want to find the best solution for myself and for the club."

The club president Herbert Hainer didn't hesitate to respond to Lewandowski's remarks, confirming on Sunday that the player turned down the club's offer to renew his deal.

"Lewandowski has a contract until 2023 and he will play with us until then," Hainer told Sport 1.

"[Bayern Munich directors] Oliver Kahn and Hasan Salihamidzic made him an offer to extend the contract. Apparently, it was not accepted.

"Lewandowski said that we have to find a solution for both parties and Bayern Munich is one of the parties. It's his right not to want to extend the contract."

After a move for Erling Haaland was ruled out, Lewandowski has emerged as Barcelona's primary target in their bid to strengthen their attack next season.

The Blaugrana have made contact with the player, with president Joan Laporta being involved in the talks.

In fact, Laporta has admitted that signing the Bayern Munich striker is possible despite Barcelona's financial struggles.

Hainer, though, stressed that European powerhouses closely monitoring players of Lewandowski's level is nothing new, recalling when the Polish striker was linked with Real Madrid.

"We already had the case in 2019 when Robert flirted with Real Madrid," added the president.

"Bayern is familiar with this situation."