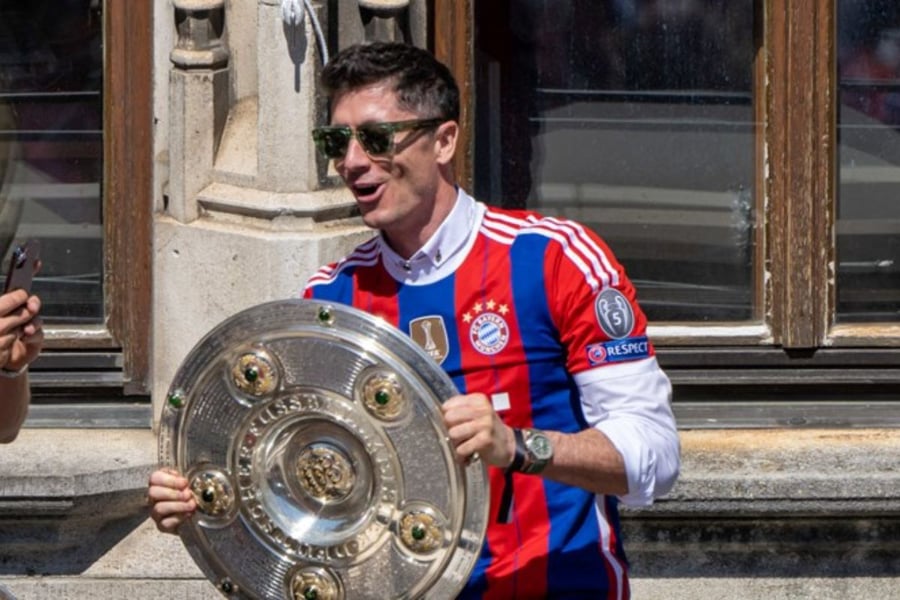 Polish striker Robert Lewandowski has confessed the reason he wants to call time on his career with the Bayern Munich -- because of his desire for "more emotions in life".

The Polish forward announced last week that his time with Bayern "had come to an end" without specifying his future plans.

Asked on Monday during a podcast on the Polish website Onet.pl if his departure was dictated by a desire for more money or emotions in life, the 33-year-old answered without hesitation it was for him "emotions in life".

"Firstly, something went out inside me and it's something you can't recover, can't make up for," he explained.

Barcelona are reported to have made an offer of 32 million euros ($34 million) for Lewandowski, FIFA men's best player for 2020 and 2021, whose contract with Bayern expires in June 2023.

The only way the Bavarians can make a financial profit from Lewandowski's departure would be to sell him this summer.

"With what I acquired thanks to Bayern – and (reciprocally) Bayern thanks to me – it would be better to find a solution acceptable to both parties," he said.

After eight seasons together, "loyalty and respect are more important than business, I think," continued the striker, insisting he would leave behind 'friends' rather than 'colleagues'.

"Even close friends. With some, we spent eight years together seeing each other almost every day," he said.

Lewandowski notably won the 2020 Champions League and eight German league titles with Bayern Munich since 2014. He won his first two titles with Borussia Dortmund before his move.

In the Champions League, he is the third top scorer of all time, tied with Karim Benzema (86 goals), but still far behind Cristiano Ronaldo (140) and Lionel Messi (125).