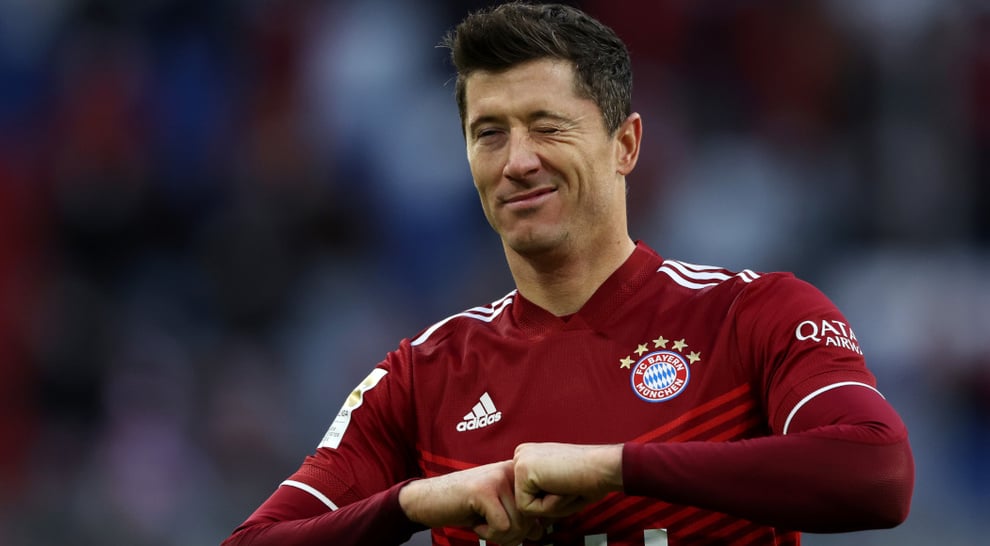 Bayern Munich forward Robert Lewandowski has rejected a chance to join Chelsea this summer with the Polish setting his sight on a dream move to join Barcelona.

After refusing to sign a new deal and with just one year left on his contract at the Bundesliga champions, Lewandowski has caught the attention of a host of clubs, including Chelsea.

First reported by Sport, Lewandowski rejected the opportunity to join the Premier League outfit, instead wanting to sign for Barcelona.

Thomas Tuchel wants to bring a top-quality striker to Stamford Bridge after Romelu Lukaku's dreadful return with the manager offering the Poland captain the chance to join Chelsea.

However the 33-year-old appears to have eyes only for Barcelona with manager Xavi said to have made Lewandowski his top transfer target.

Chelsea's initial interest in the striker was boosted by Barcelona's struggles to register new players due to financial difficulties.

But after the La Liga club's members voted overwhelmingly to sell future merchandising and television rights, they are now likely to move quickly to complete a deal for Lewandowski.

Paris St Germain were also rumoured to be interested in acquiring the striker's services for next season but their interest has cooled.

Lewandowski is expected to complete his move to Spain in the coming days with funds set to become available to bring new players to the Nou Camp.

Huge thanks to my Teammates and Coach for the entire season! ?⚽ @FCBayern#RL9 #Bundesliga ? pic.twitter.com/1iUxRUZUfO

He will join former Borussia Dortmund and Arsenal striker Pierre-Emerick Aubameyang at the Spanish giants after spending 12 years playing in Germany.

But Chelsea will now have to turn their attention elsewhere with the Belgian poised for a return to former club Inter Milan leaving the Blues without a recognised striker.