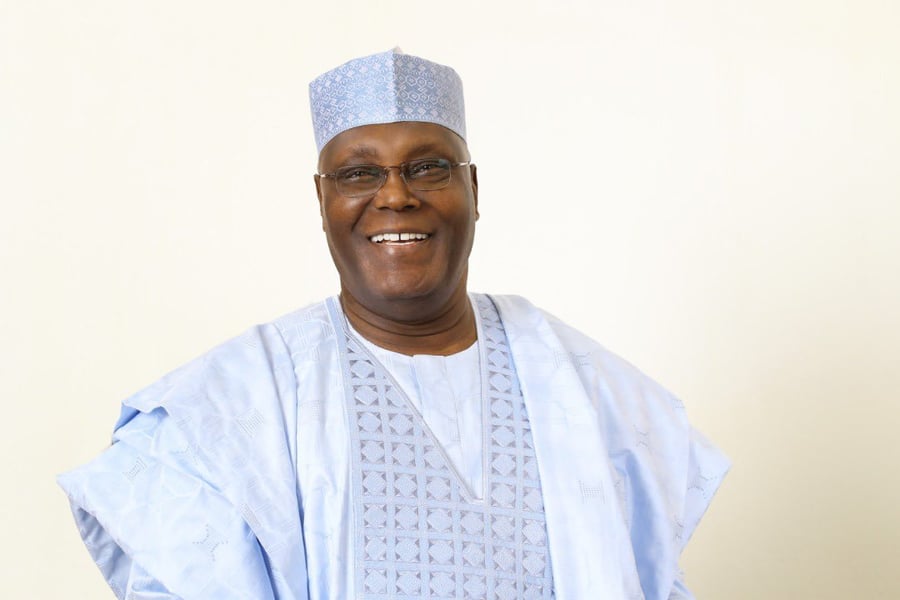 The businessman and philanthropist, Atiku Abubakar was born to Garba Abubakar and Aisha Kande, on November 25, 1946, in Jada, now a village in Adamawa State.

Named after his paternal grandfather, Atiku Abdukadir as a practice among the Fulani people, he became an only child after losing his sister at infancy and his parents' failed attempt at having more children.

The 76-year old politician is a former Vice President of Nigeria and has been prominent in politics for about 32 years.

This Fulani man has been caught up in a controversy as to his true nationality and competence to have contested in the 2019 presidential election.

Atiku started his formal education at the age of eight because his father, although learned, was against western education.

He was however registered into Yada Primary School in 1954 and graduated in 1960. After his graduation, he was admitted into Adamawa Provincial Secondary, Yola, where he graduated in 1965.

He then enrolled in the Nigerian Police College, Kaduna, but left to work as a tax official at the Regional Ministry of Finance which he did for a short time before he gained admission into the School of Hygiene, Kano in 1996. 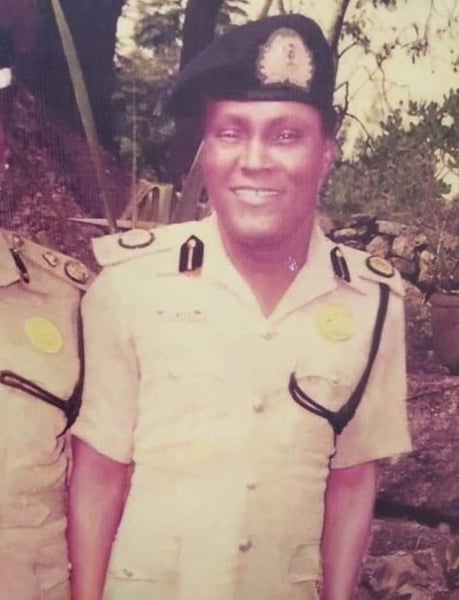 Atiku Abubkar as a young officer of Nigerian Customs

The philanthropist worked with the Nigerian Customs Service for 20 years and rose to the position of Deputy Director, the second highest position in the organisation.

Having realised his flair for business, Atiku 1974 applied for a Federal Staff Housing Loan of 31, 000, an equivalent of his salary for five years. With this loan, he built his first house, a bungalow, in Yola which he immediately rented out. With the advance rent which he collected on his first house, he was able to purchase a plot for his second house. Within a few years, he built eight houses in different places in Yola. He also built a house for his mother.

Another business Atiku ventured into was the oil servicing business. This became possible after he met with Gabrielle Volpi, an Italian businessman in 1982. Volpi had requested him to partner with him in an oil and gas logistics business because he was aware of Nigeria’s future in oil and gas. This gave birth to Nigeria Container Services (NICOTES), an oil and gas logistics company operating from Apapa Ports.

The company was later moved to the Federal Lighter Terminal in Port Harcourt and was renamed Integrated Logistics Services (INTELS). The company, partly owned by the former Vice President, is to date, a source of employment to over 15,000 Nigerians and for others from cross Africa.

Atiku is also passionate about education which is why in 1992, he and his second wife, Ladi Yakubu, established ABTI Nursery and Primary School. They also established ABTI Academy, an elite high school modelled after the British public school. In 2004 ABTI- American University (now the American University of Nigeria), a university that embraces the American style of teaching, was founded. 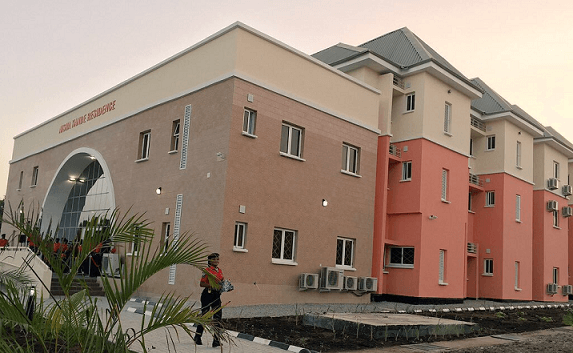 Photo from the American University of Nigeria

Other businesses Atiku has ventured into are agriculture, trading and transportation, some of which are still on today.

Before he retired from the Nigerian Customs Service (NCS), Atiku had been attending political meetings at Late Shehu Musa Yar’Adua’s house, a friend he made while he was still with NCS. When Babangida, the then military President lifted the ban on political parties in May 1989,  the People’s Front of Nigeria (PFN), a political party formed by the Yar’Adua’s group was revealed.

Atiku alongside five other members represented Gongola State at the party’s first convention where Atiku was elected the National Vice-Chairman of the party in 1989.

After PFN merged with the Social Democratic Party (SDP), Atiku in November 1991, took part in the governorship primaries of Adamawa State alongside six others and was declared the winner. His success was however protested and he was eventually disqualified from contesting when a rerun was organised.

After his return from exile due to a political crisis, Atiku in 1998 joined the People’s Democratic Party (PDP), a combination of People’s Democratic Movement (PDM) (the former Yar’Adua group) and other groups. He contested the governorship of Adamawa State as he always dreamed under PDP and this time won, but as fate would have it, he had to let it go for a bigger opportunity

He was selected to be Olusegun Obasanjo’s running mate for Presidency. Obasanjo won the election, making Atiku the Vice President (VP). 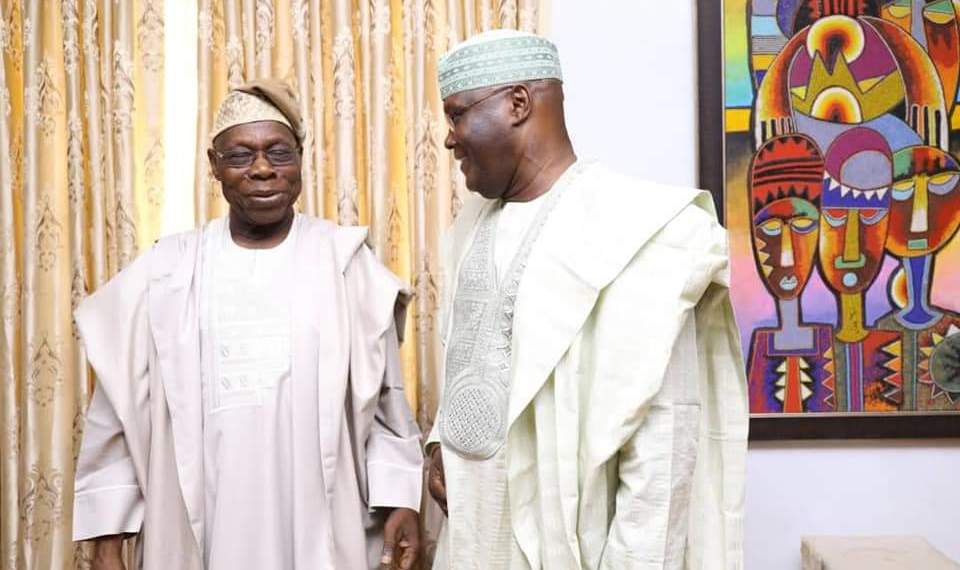 Atiku as the VP was instrumental in privatizing the telecommunications industry, reforming the banking sector, tidying up Abuja, and setting up the Economic and Financial Crimes Commission (EFCC) and Independent Corrupt Practices and Other Related Offences Commission (ICPC) among others.

He and Obasanjo completed two terms in 2007 after he (Atiku) kicked against a third term which Obasanjo wanted.

In 1993, he contested and lost in the general SDP Presidential primaries. He was also denied the opportunity to be the Vice-Presidential running mate of Moshood Abiola in the same year.

After his failed attempt in 1993, Atiku continued his Presidential race in 2006 under the Action Congress (AC) Umbrella. He lost to Umar Musa Yar’Adua.

He left AC for PDP in 2011 and again contested for Presidency. This time, he lost to Goodluck Jonathan at the primaries.

It is no surprise that the resilient Atiku has again announced his readiness to declare his presidential ambition in the first quarter of 2022 against the 2023 presidential election.

Atiku Abubakar with some of his children ​​​​​​According to him, he has so many children so that his children would not feel the loneliness he felt as an only child.

The businessman has an estimated net worth of $1.8 billion. He also owned a good number of properties including a private jet worth about $4.1 million, houses, cars and businesses.

Fingers are crossed for this resilient presidential aspirant in the 2023 election.