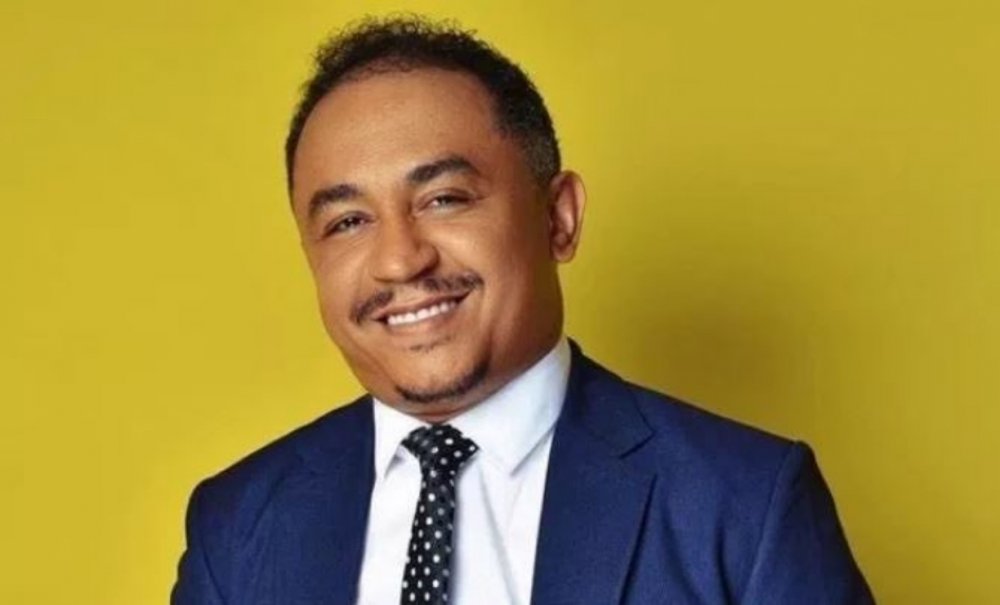 Daddy Freeze is a Nigerian broadcaster and radio talk show host who is always in the news for his highly controversial perspectives on societal issues.

Born Ifedayo Olarinde on May 6, 1976, Daddy Freeze is of Nigerian and Romanian heritage (his father is Nigerian while his mother is from Romania). He is also the convener of the FreeTheSheeple movement in Nigeria.

According to Freeze, the FreeTheSheeple movement is dedicated to freeing Christians from the clutches of their manipulating pastors who take advantage of them. 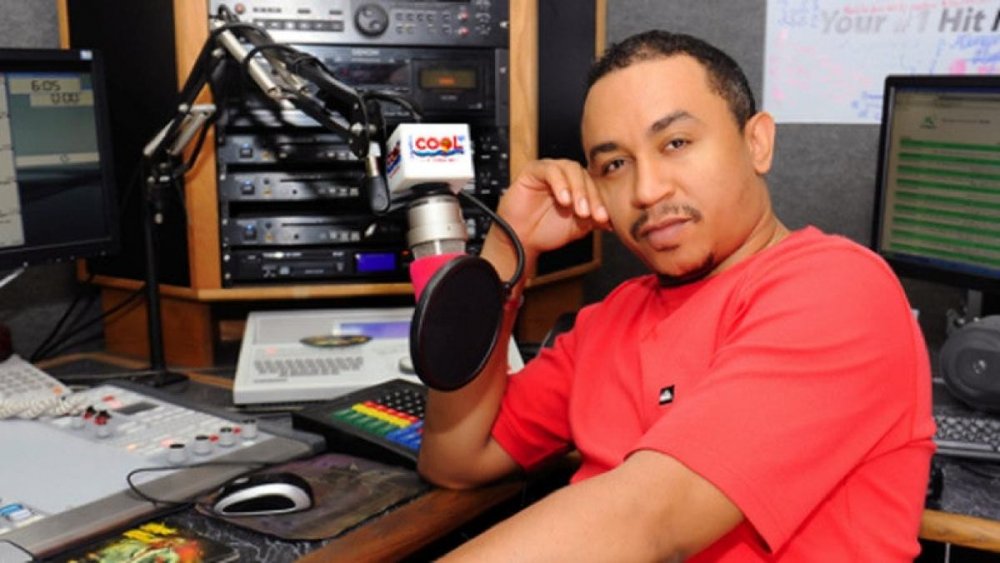 He has three younger female siblings named Yetunde, Omolola, and Oluremi. His childhood was spent in Ibadan, Oyo State where he attended the International School.

Freeze has a Sociology Degree from the University of Ibadan and has been in broadcasting for the past twenty-five years.

His foray into radio broadcasting began in Romania in 1996 while he was there on holiday. He had followed his cousin to the radio station where she hosted a kids' program. That was when he was inspired to venture into it. 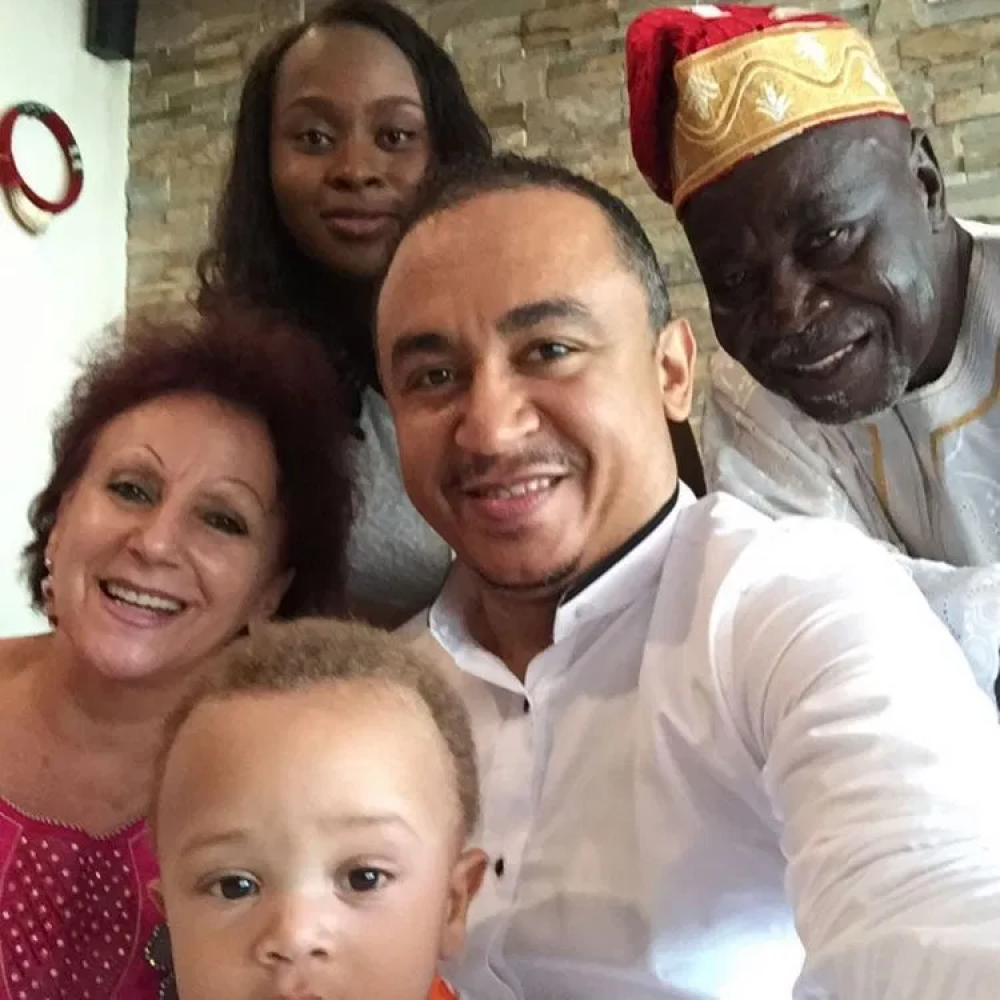 Freeze with his family members

The name of the radio station in Romania was Radio Galaxia, and Freeze started his first radio gig with a three-month stint there.

His radio career in Nigeria started that same year (1996) when he returned to the country and auditioned for a job at the Broadcasting Corporation of Oyo State (BCOS) in Ibadan. He spent the next five years there, improving his skills.

Freeze joined Cool FM (one of the foremost radio stations in Nigeria) in 2001, working in radio presenting, television, and everything entertainment. His stint there saw him interview some of the most famous Nigerian personalities. He also hosted some international stars. 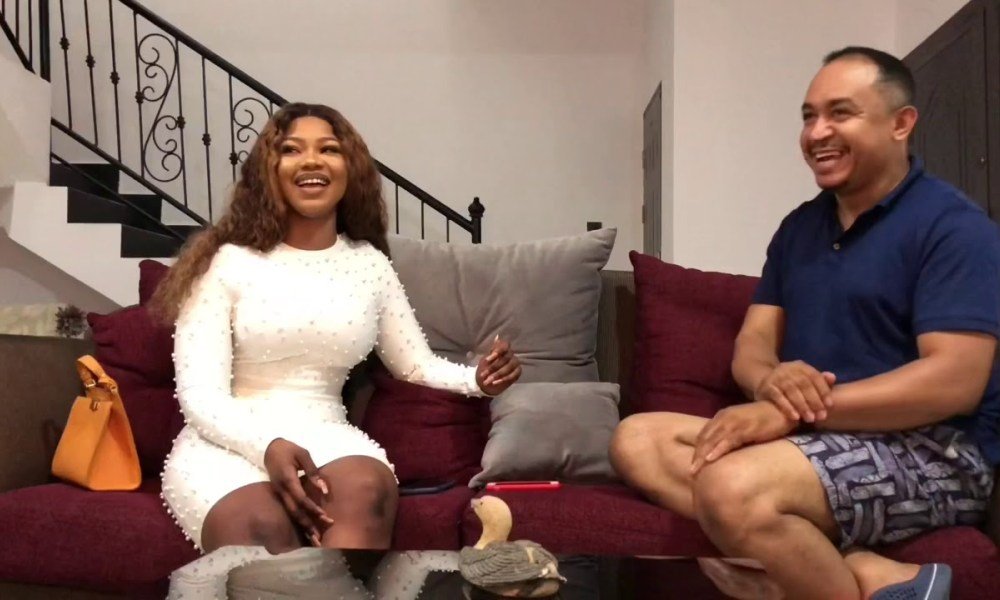 In 2020, the OAP announced that he was leaving Cool FM after twenty years. He made the disclosure in an Instagram video, thanking all his loyal followers for sticking with him over the years.

He joined Nigeria Info in the same 2020, stating that the station was in line with the direction of his brand. The radio station, on the other hand, said that they believed he would bring his well-known passion to their company.

Daddy Freeze Teaches On The Sensitive Issues Of Tithing

On September 24, 2018, Daddy Freeze uploaded a post on Instagram where he talked about tithing, saying that the doctrine was Anti-Christ.

The OAP shared that he couldn't wait for the pastor that would reveal the truth about tithing and how "deadly" it is for the believer and how unprofitable it is for Christianity. 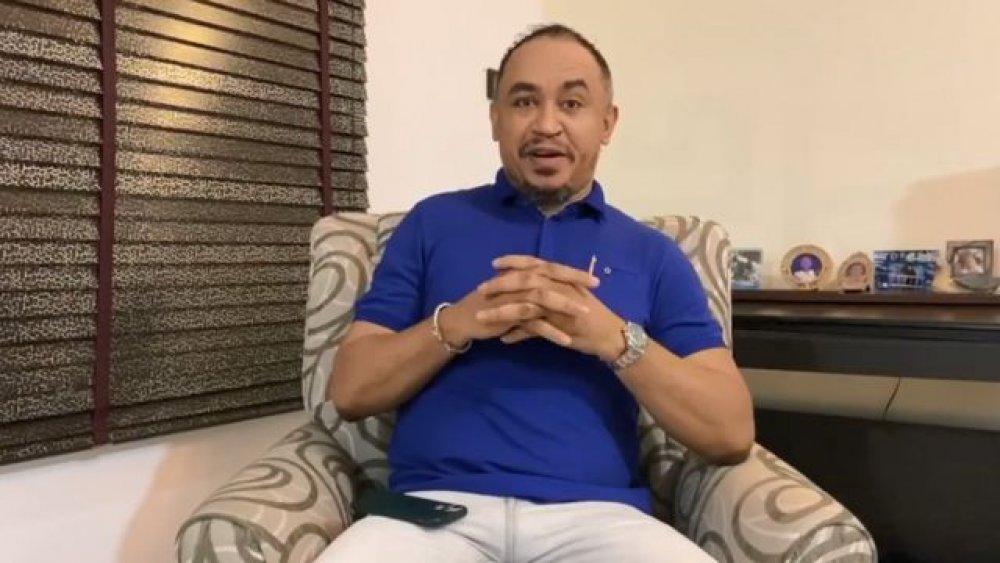 Freeze said tithing is a result of greed and part of the clever lies told to get hold of the money of believers. According to him, God condemned those behind the lies years ago and their destruction would not be delayed.

Part of his words read. "TITHING IS AN ANTI-CHRIST DOCTRINE! That's the real truth! Although these confessions have the undertone of: 'Hello everyone. How about telling you how stupid you've been." I'm still glad they're confessing!"

"I can't wait for the first pastor that will tell them the pure unadulterated truth about tithing, how deadly it is for the believer and how unprofitable it is for Christianity!" 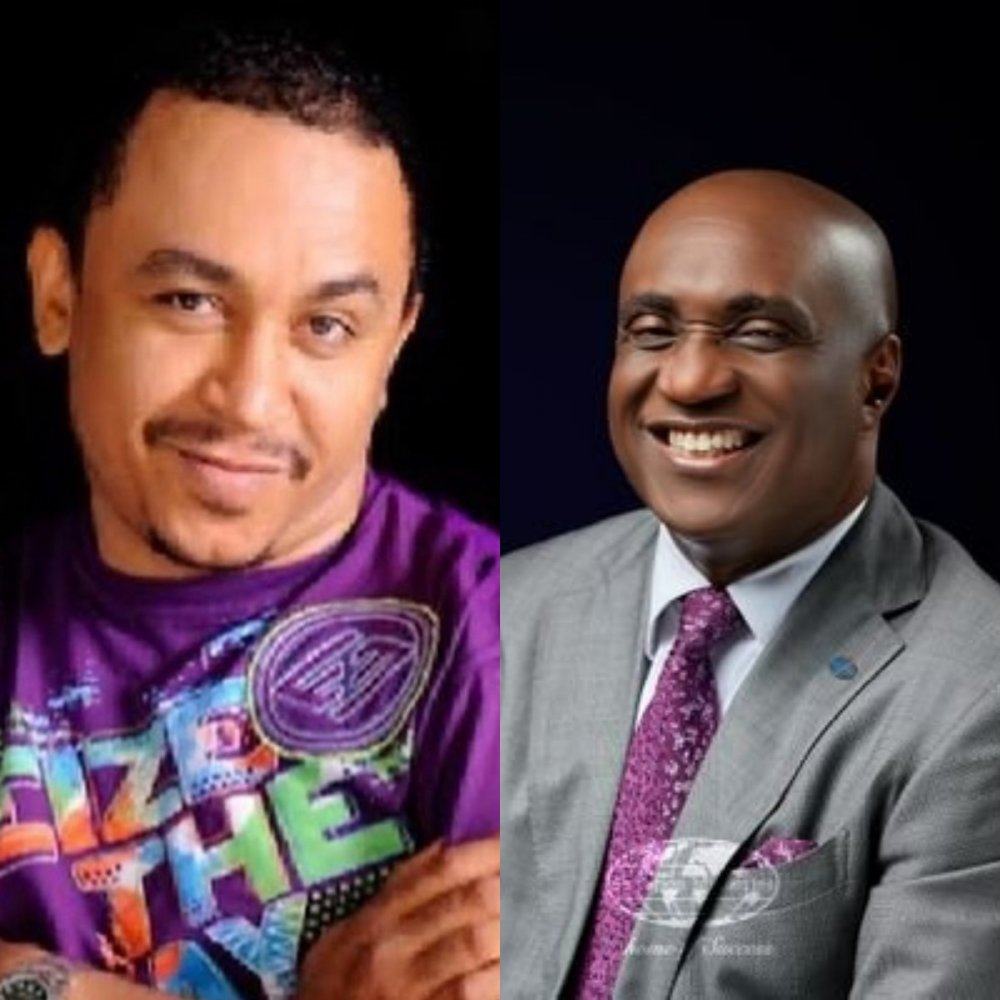 According to Oyedepo, the only way a marriage could be fruitful is total submission on the part of the wife.

Not one to let the teaching slide, Freeze responded by saying that submission goes both ways and is not for the woman alone.

Reading from Ephesians chapter 5, verses 21 to 25, the OAP noted that the wife is supposed to submit to the husband just as the husband is expected to be submissive to Christ in their home.

Part of his words to Oyedepo had been, "The bible says submit to the likeness of Christ in your home. This puts a man in his home in the place of Christ."

"So, for a wife to submit, it's like the wife is submitting to Christ. You want your wife to be the church that submits... are you the Christ? Have you laid down your life for your wife?"

Reacting to Freeze's words, Pastor Ibiyeomie labeled the OAP a "bastard", declaring that he is a Somalian and not half-caste.

Ibiyeomie threatened to deal with Freeze if the latter ever insulted his 'father' Oyedepo again.

"Insult me, I won't talk", he had said to Freeze while at the altar. "But insulting Oyedepo, that bastard! Tell him any day I hear him talk about Oyedepo... do they know his father? Does Daddy Freeze have a father? Who is his father? That half-caste who is born by a Somalian."

"The day I hear him insult Oyedepo again, I'll deal with him. Oyedepo will not talk but I can't be alive and you'll insult my father."

In his reaction to the cleric's harsh words, Freeze accused him of racism and discrimination, adding that he (Ibiyeomie) had threatened his life. He also mentioned that he was "devastated" by the Pastor's video as a result of its content.

While defending himself, the OAP said that contrary to Pastor Ibiyeomie's words, he never insulted Oyedepo but only drew the Bishop's attention to a portion of the bible.

Daddy Freeze also said that the term 'half-caste' is racist and asked the cleric to apologize.

In December 2020, Daddy Freeze tackled people who celebrate Christmas, opining that it is a "Romanized, Europeanized and pagan festival."

He stated that those who celebrate Christmas but demonize their indigenous festivals are slaves. 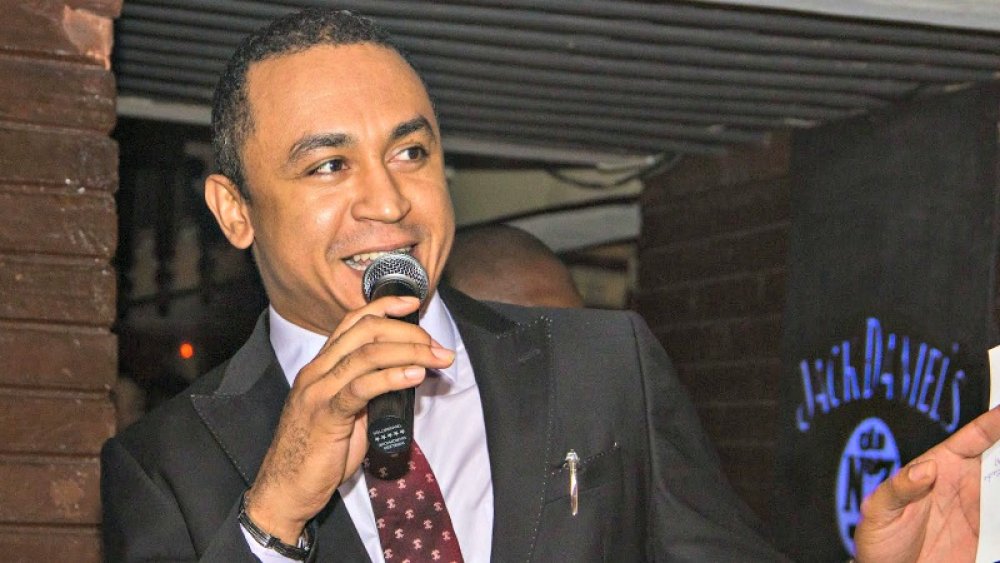 His words, "YOU CELEBRATE A ROMANIZED, EUROPEANIZED AND PAGAN FESTIVAL CALLED CHRISTMAS..." 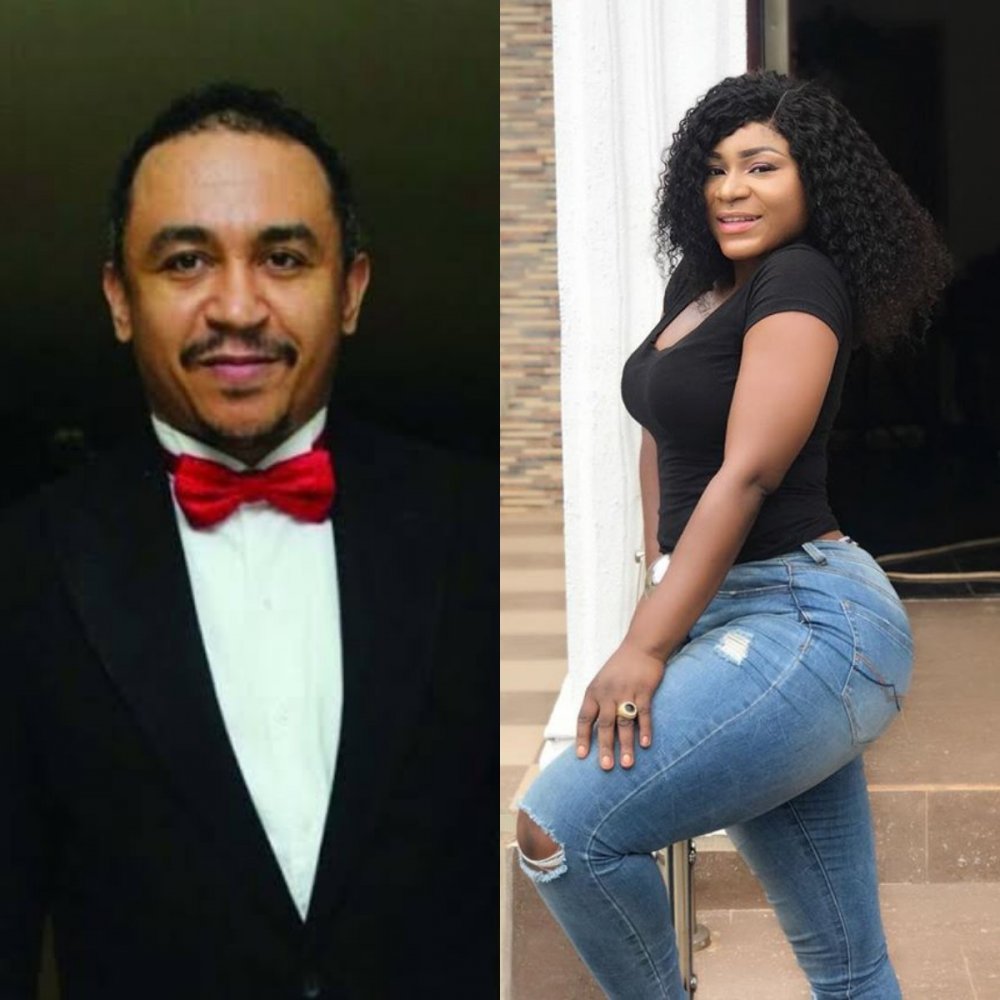 Nigerians had called the Nollywood star out after a picture of her with the governor surfaced. Many of the critics felt her outfit was indecent and not meant for a formal visit.

Coming to Etiko's aid, Freeze said that Nigerians come on social media to complain about the police harassing them because of how they dressed, yet they are also harassing the actress for her choice of outfit.

The OAP added that Nigerians are not different from the police.

The Dangerous Trend Of Attacks On Police Stations In South-East, South-South