LIFE: Day Sunday Igboho 'Commanded Gun From Air' In Bloody Clash, Plus What You Didn't Know About Oyo Warrior 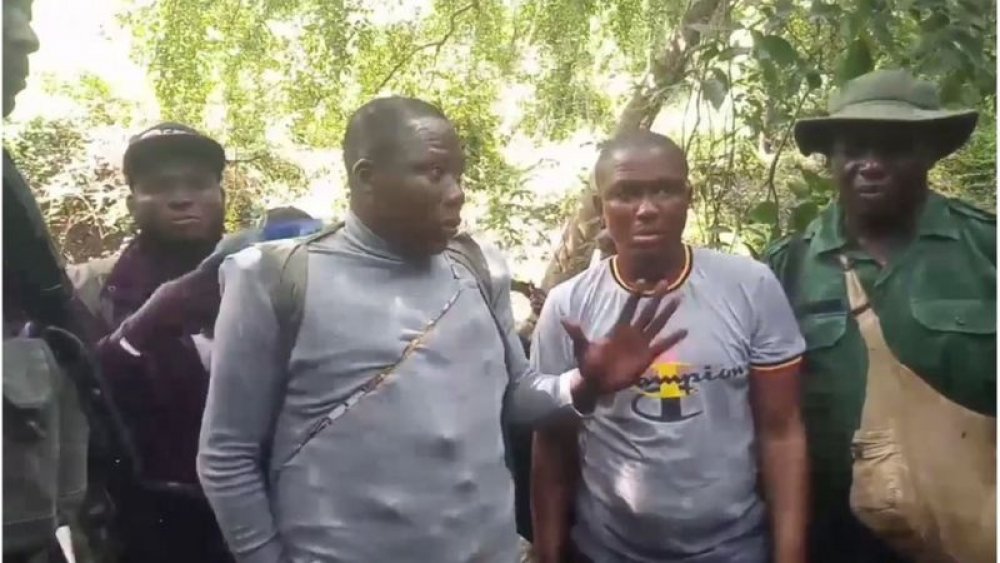 The self-acclaimed Yoruba warrior last Friday stormed Igangan, in Ibarapa North local government area of Oyo State to further stiffen his stance that Fulanis in the region should leave.

One major thing that comes to mind anytime the name ‘Sunday Igboho’ is mentioned is his perceived metaphysical ability to command a gun into appearance.

In February 2007, supporters of then-governor of Oyo State, Rasheed Ladoja and that of his estranged political godfather, Lamidi Adedibu (now late) turned Akure, the Ondo State capital, venue of the Southwest flag-off of the presidential campaign of the Peoples Democratic Party (PDP) into a battleground as three persons were reportedly shot dead and over twenty others seriously injured.

A female petty trader was also hit by a stray bullet at the venue of the ceremony.

The event had in attendance Olusegun Obasanjo (President of Nigeria from 1999 to 2007).

Ladoja was smuggled out of the venue by Sunday Igboho and co. However, a car that was believed to have smuggled him out was destroyed by the hoodlums who were after him.

One of the dead bodies in that year's violent clash laid at the entrance of the Akure Township Stadium as the fight raged on.

Recall that in an interview published on March 24, 2018, by Nigerian Tribune, Sunday Igboho confirmed he posses the metaphysical ability to command a gun from the air.

"It is a divine secret from God; I inherited the powers from my fathers," Sunday Igboho had said.

In a recent interview with a popular broadcaster, Kola Olootu, Sunday Igboho recounted the Akure mayhem, where he displayed his warrior personality.

Many loyalists of Ladoja had alleged that the Ibadan-born statesman's opponents tried to assassinate him.

"Ladoja was travelling to Akure, to witness the Southwest flag-off of the presidential campaign. "I warned Ladoja, but he insisted President Obasanjo (Olusegun) asked us to come," Sunday Igboho said while speaking in his native Yoruba dialect.

"Before we got to Iwo road, there was tension. They blocked all the roads to impede our movement at Iwo road.

"I told Ladoja that those that invited us do not love us, and are intent on harming us.

"He said we should go. That nothing will happen.

"With the help of God, we passed that place without any hitch.

"Before we entered Akure, they tried to stop us again, but God protected us.

"When we got to Akure, I observed that it was only my principal that was dressed in white.

"I then reminded Ladoja, that 'sir, remember I told you these people don't love us'.

"Why did they pick a uniformed clothe and sideline you?

"I was in the car, outside of the venue, relaxing.

"You know a place where there is the president, the security will be heavy.

"The Inspector-General of Police (Sunday Ehindero) was there. Many soldiers too.

"They then withdraw soldiers from Ladoja, instantly and of course strangely, which is not supposed to be so.

"They were showing us signs they don't love us.

"Anybody that is donned in Governor Ladoja attire, they began to matchet them, shoot at them.

"Ladoja 'trained' me. He has a slang he gives to me when things want to go wrong.

"He called me on phone saying the situation inside is tense.

"To enter that place is not easy because they (security officials) will have to thoroughly search one.

"I was inside this car and could sight our opponents harming Ladoja's supporters.

"They were heading towards where I was, I got down and struggled to enter where Ladoja is.

"The security people checked me before entering.

"I entered and saw that Ladoja is in a dangerous situation.

"I called unto God, and He handed me the weapon to protect Ladoja. We escaped.

"They thought Ladoja was still inside the car, and they were shooting at that car.

"Obasanjo was calling Ehindero, asking him 'where is my security?' Ehindero answered him: 'the situation is terrible'.

"God saved us. And we left the venue unscathed."

Sunday Igboho had issued a quit notice to Fulani and Bororo people residing in Ibarapa specifically, saying they are most times responsible for kidnappings and killings in that zone.

The Governor of Oyo State, Seyi Makinde had in a statewide broadcast last Wednesday cautioned Sunday Igboho over the ultimatum given to Fulanis to leave the state, saying "the fragile peace between the herdsmen and farmers in Oke Ogun is being threatened".

Disregarding Makinde's caveat, Sunday Igboho visited Igangan to ensure that those he felt are dangerous elements are evicted from the area.

He was well-received by many youths of Ibarapa.

Nigerian authorities on Saturday were said to have ordered Sunday Igboho's arrest following his threat. However, as of the time of publishing this report, there has been no news of Sunday Igboho's seizure.

The Fulani are a widely dispersed group of mainly Muslim cattle herders scattered across West Africa.

It would be recalled that in December 2020, a chieftain of the People’s Democratic Party (PDP) in Oyo State, Dr. Fatai Aborode was brutally murdered by suspected herdsmen in his farm along Apodun road, Igangan.

The operatives of the security outfit are expected to assist police, other security agencies and traditional rulers in combating terrorism, banditry, armed robbery, kidnapping and also help in settling herdsmen and farmers contentions in the South-West region.

Sunday Igboho has been active in combatting insecurity in southwest Nigeria.

In October 2020, he joined forces in Kisi, against bandits in Oke-Ogun area of Oyo State.

Sunday Igboho: Things you might not know about 'fearless' human rights activist

Sunday Igboho was born on October 10 in 1972. His real name is Sunday Adeyemo. Originally, he hails from Igboho, an ancient town in Oke Ogun area of Oyo state.

Later, his family left for Modakeke in Osun State.

There, he fought in the Ife-Modakeke communal 'war'. 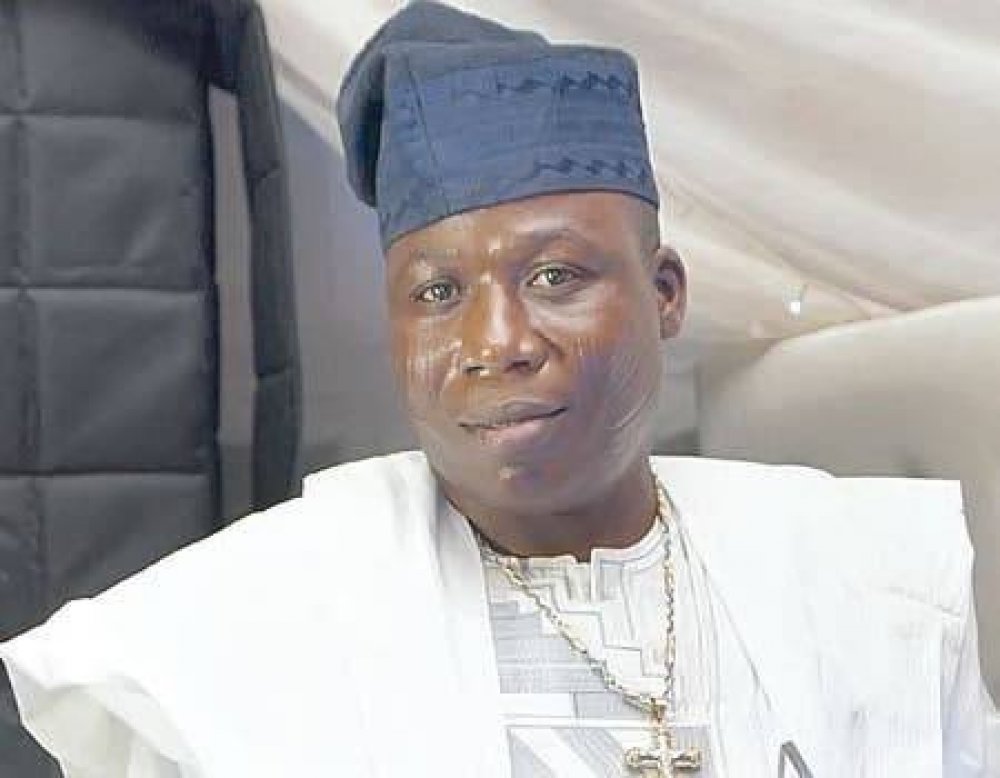 Sunday relocated to Oyo State in his later years.

On why he chose the nickname “Igboho”, during one of his interviews, he told a story about its origin.

According to him, people in Yorubaland tend to give other inhabitants the “names” due to the place they live in.

His father was called “Baba Igboho” because he comes from Igboho.

As a result, Sunday got the name “Sunday Omo Baba Igboho”.

Sunday started as a mechanic and a motorcycle repairer. But he later ventured into business.

He is the chairman of Adeson International Business Concept Ltd.

Sunday is popularly referred to as the Akoni Oodua of Yoruba.

He is a Christian, married to two wives and has children, including three 'professional' footballers playing in Germany.