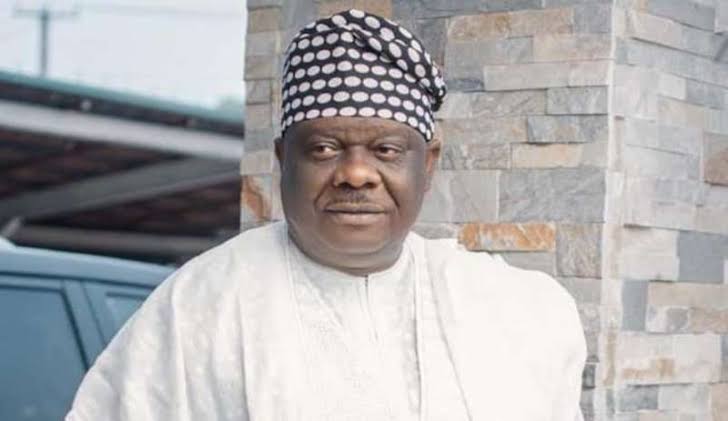 Micheal Akaase Aondoakaa is a politician and long-time legal practitioner with several years of experience. He was born on June 12, 1962, in the Ushongo Local Government Area of Benue State.

This Benue State governorship aspirant is a distinguished member of the All Progressives Congress (APC).

Aondoakaa started his education at the Local Government Education Area Primary School, Genbagwa, then attended Saint Gabriel's Secondary School Makurdi in 1978, Benue State. He was then admitted into the Faculty of Law, University of Maiduguri and graduated in 1985 where he obtained his LL.B Certificate.
He proceeded to the Nigerian Law school in 1986 and completed his NYSC at Meiko Nigeria LTD Lagos.

He was a principal partner at a law firm for 18 years and was later appointed Minister of Justice on July 26, 2007.
He was a member of a sub-committee to review the report of Justice Mohammed Uwais' committee on electoral reform. The sub-committee assisted in producing a white paper that was controversial because it reversed some recommendations of the committee.
The committee recommended that the President continues to appoint the chairman of the Independent National Electoral Commission (INEC), among other changes.
He opposed sacking Maurice Iwu as chairman of INEC, despite criticism of Iwu's conduct in the 2007 elections. He objected to the dissolution of local governments in Ondo State by Olusegun Mimiko.
From 2007 to 2010 he worked at various ministries, organisation and parastals in various capacities among which are the Ministry of Special Duties, Federal Republic of Nigeria in February 2010.
He is a member of the Nigerian Bar Association, Markurdi Branch and a
Senior Advocate of Nigeria.
Upon leaving office as Minister, Aondoakaa became a rice farmer. His company is arguably one of the biggest local producers and processors of rice in Nigeria.

Micheal Aondoakaa is a strong contender and aspirant for the governorship position in Benue State in the forthcoming election.

He is married to two wives. His first wife Susan is believed to live in London while his second wife is reportedly living in a secluded mansion in the Rayfield Government Residential Area of Jos.

Though they could be more, five of his known children are Elizabeth, Anna, Susan  Nwese, Akugha and Samuel Aondoakaa.