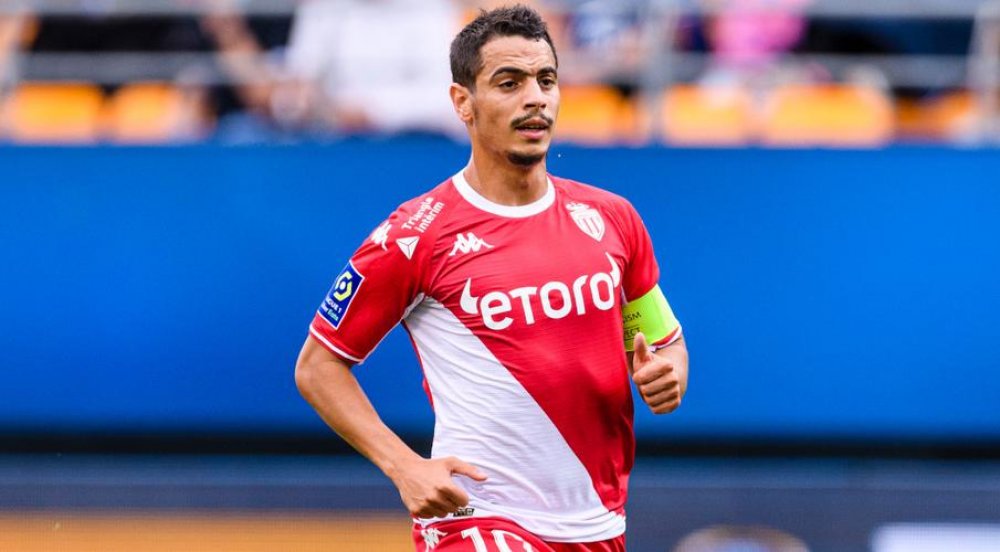 Aleksandr Golovin steered Monaco ahead before halftime in a game played behind closed doors at the Allianz Riviera after Nice were punished over the crowd trouble in last month's abandoned match with Marseille.

Golovin's goal was the first Nice had conceded this season after beginning the season with four successive clean sheets.

Andy Delort headed Nice level on 51 minutes with his first goal for the club since signing from Montpellier at the end of August.

Hicham Boudaoui slammed in a cross from fellow Algeria international Delort to give Nice the lead with a quarter-hour to play.

Ben Yedder equalized minutes later after Caio Henrique was clipped by Calvin Stengs in the area, the France forward drilling home the resulting penalty for his first league goal this campaign.

Nice had an immediate chance to regain the lead when Benoit Badiashile handled in the area, but Gouiri sliced his attempt well wide – ripping open his shirt in frustration.

Marseille could pull to within two points of PSG with victory at home to Rennes. Unbeaten Angers would reclaim second place if they beat Nantes.

The French league's disciplinary committee will convene Monday to discuss the pitch invasion that caused a 30-minute delay during Lens' 1-0 win over northern rivals Lille on Saturday.

"The LFP strongly condemns the trouble, the pitch invasion and the violence that took place" during the game at the Stade Bollaert-Delelis.

Dozens of Lens supporters stormed the pitch at halftime to confront the visiting Lille fans nestled away in a corner of the ground after tensions flared with other spectators.

Riot police intervened to separate the factions of opposing supporters as both sets of fans hurled seats at each other over a partition wall.