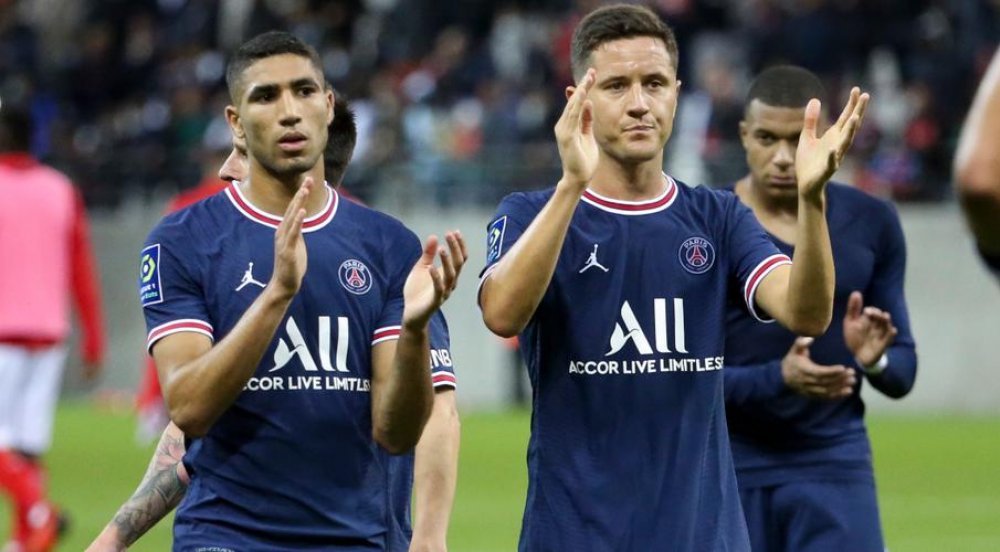 Ander Herrera scored twice as Paris Saint-Germain defeated promoted Clermont 4-0 on Saturday in the absence of Lionel Messi and Neymar, both rested after their exertions this week in World Cup qualifying.

The Spanish midfielder nodded PSG in front at the Parc des Princes on 19 minutes and then fired in a second from close range on the half-hour.

Kylian Mbappe, who shook off a calf injury picked up on international duty with France, raced clear of the Clermont defence to add PSG's third before Idrissa Gueye headed in a fourth.

Mauricio Pochettino's team made it five wins from five in Ligue 1, stretching their lead to five points over Angers, who take on struggling Brest on Sunday.

Pochettino left Argentina duo Messi and Angel Di Maria, and Brazil star Neymar out of the squad to allow them extra time to recover ahead of Wednesday's Champions League opener at Club Brugge.

"They arrived yesterday (Friday) afternoon and they trained today. They're tired from the trip but I'm happy they came back in good shape, without physical issues, to be there for the Champions League," said Pochettino.

The trio were all involved in qualifiers in South America on Thursday, with Messi's home debut for PSG pushed back after his record-setting hat-trick against Bolivia.

Clermont, playing in the top flight for the first time, entered the weekend a surprising third, and unbeaten after two wins and two draws.

But the visitors were without forward Mohamed Bayo, the Guinea striker ruled out of the game after the coup d'etat in the African country delayed his return to France.