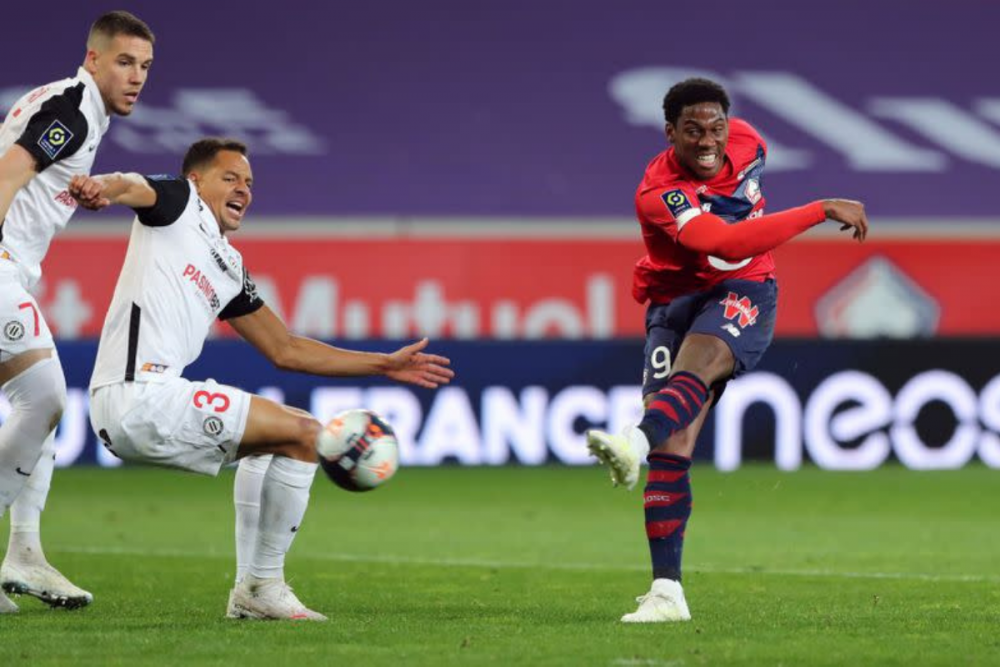 French Leaders Lille dropped two crucial points in Ligue 1 title race as they were held back in a 1-1 draw at home against Montpellier on Friday.

Luiz Araujo's late goal cancelled out Andy Delort's first-half opener for Montpellier as Lille were left on 70 points from 33 games, four ahead of second-placed Paris St Germain who host St Etienne on Sunday.

Montpellier's hopes of clinching a Europa League place faded as they stayed eighth on 47 points.

Gaetan Laborde was played through by Jordan Ferri before his cross was headed home by Delort as the visitors took the lead in the 21st minute.

The hosts piled on the pressure in the second half, but Benjamin Andre's powerful shot from outside the area crashed onto the post in the 57th minute as Montpellier held on.

Omlin pulled another couple of great saves to deny Jonathan Ikone and Jonathan David but there was nothing he could do when Luiz Araujo unleashed a delightful left-footed strike to level with five minutes left.