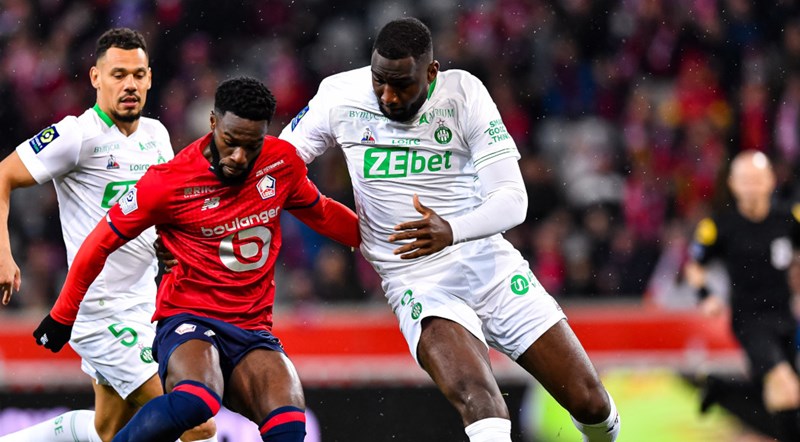 Ligue 1 champions Lille were held to a goalless draw at home against a resurgent Saint-Etienne on Friday as they face a daunting task to offset a 2-0 deficit against holders Chelsea in the last 16 of the Champions League.

The reigning French champions also suffered a blow with the exit of Portugal midfielder Renato Sanches with a left thigh injury midway through the first half.

Lacking ideas, the northerners never managed to worry Saint Etienne goalkeeper Paul Bernardoni at their Pierre-Mauroy Stadium where they host Chelsea in the last 16, the second leg next Wednesday.

Lille missed the chance to move up to fifth and into the European berths, and are sixth, just one point ahead of Nantes who travel to Troyes on Saturday.

Saint Etienne, meanwhile, grabbed a precious point in their fight against relegation, moving into 16th place, two points ahead of Lorient, who travel to Clermont on Sunday.

Lille striker Hatem Ben Arfa failed to fire for the hosts as Pascal Dupraz's players posed problems for the defence.

The hosts proved wasteful with Mehmet Celik hitting the post before the break.

Amadou Onana, who replaced Sanches, failed to make the most of a scoring chance after the interval after Jonathan David launched a quick counter-attack with the Belgian midfielder missing a header off a perfect Gabriel Gudmundsson cross.

Lille had only two shots on target throughout the game, enough to worry Jocelyn Gourvennec before next week's clash against Chelsea.